Regional Power: The Importance of the C5+1 Ministerial Meeting

By George Baumgarten, United Nations Correspondent in International on 25 September 2021

NEW-YORK – On the margins of the 76th Session of the United Nations General Assembly, a less-heralded meeting took place which may well prove to be a critical one, for the way the world is developing—particularly in Asia–in this still-young century. 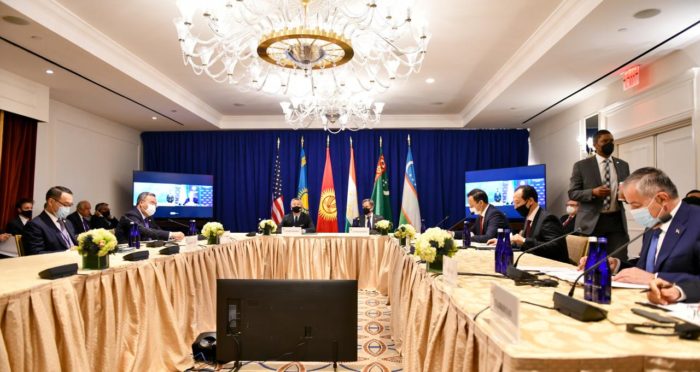 The numbers of world leaders assembling in New York  were somewhat less than in a normal year, but still far greater than at last year’s 75th Session, the first during this pandemic era. But almost lost in that worldwide was a meeting of Central Asian Powers—with the addition of the United States—that may well prove to be of unappreciated importance.

The participants included new U.S. Secretary of State Antony Blinken and Kazakhstan’s Foreign Minister Mukhtar Tileuberdi as well as the Foreign Ministers of the other Central Asian States: Uzbekistan, Turkmenistan, Kyrgyzstan and Tajikistan. The meeting may well prove, in retrospect, to have been the start of a new era for Central Asia. This meeting with the U.S. has come to be called the “C5+1” Diplomatic Platform.

The assembled Foreign Ministers asserted the importance of their group, particularly for the future situation in their near-neighbor, Afghanistan. They also recognized the urgent and immediate importance of the fight against COVID-19. And they  asserted the importance of their forum in building regular and growing relationships with the United States. Meetings were also held with several other U.S. government officials. As the 30th anniversary of U.S – Kazakhstan relations approaches, Kazakhstan will be making efforts to “expand mutually beneficial cooperation, both in bilateral and multilateral formats”.

Foreign Minister Tileuberdi announced a forthcoming meeting of the Environment Ministers of the countries, which should be an important start for environmental cooperation among the Central Asian States. U.S. representatives also noted the growing cooperation between the two countries’ aid agencies, USAID and KazAID.

All these actions would seem to bode very well for increased—and closer—U.S.-Kazakhstan relations.