NUR-SULTAN – President Kassym-Jomart Tokayev visited the Otpantau-2021 operational and strategic command post exercise at the Oymash training range as part of his working visit to the Mangistau Region, reports the Akorda press service. 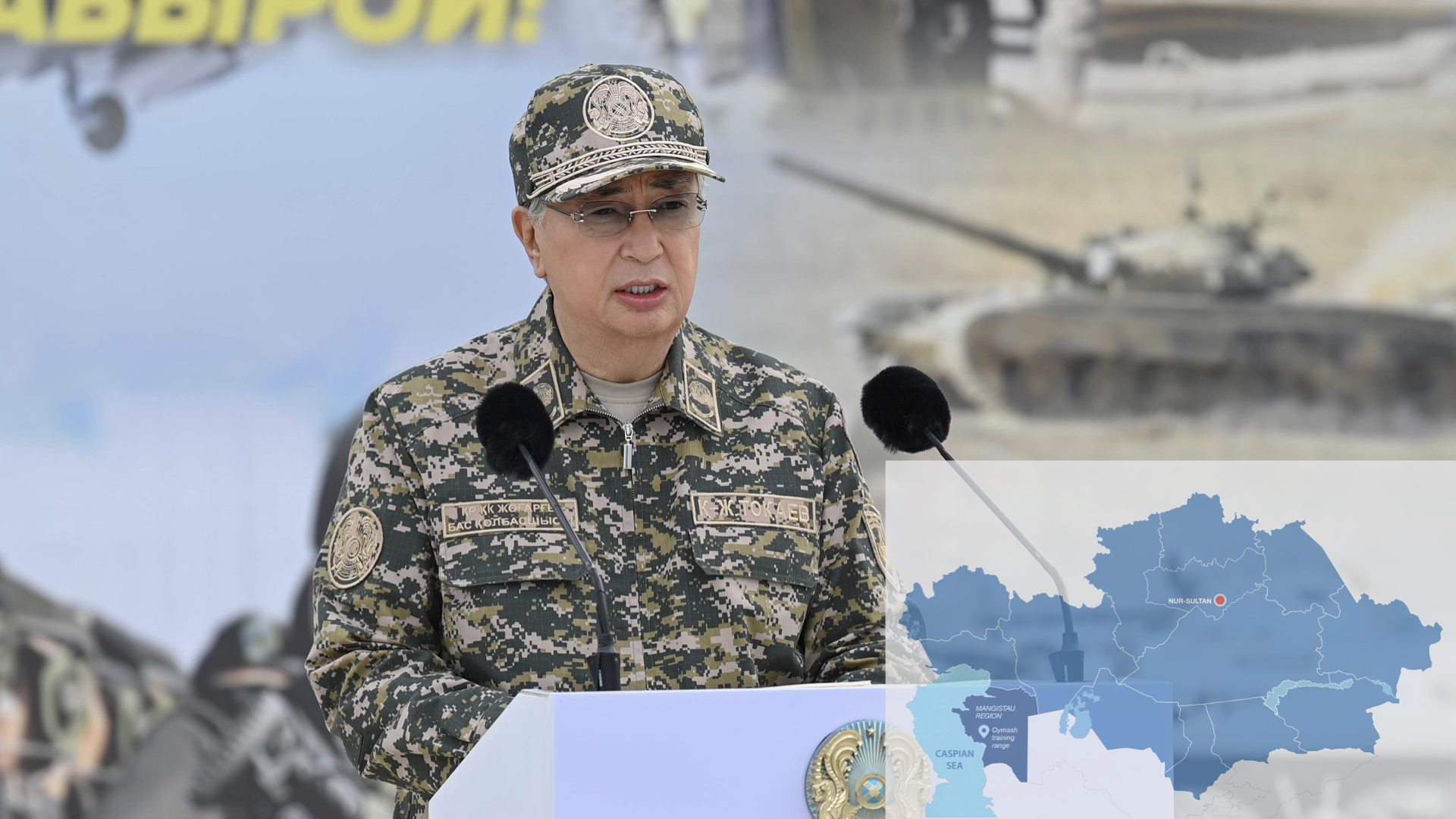 “This historic place (referring to Oymash) symbolizes our statehood, heroism, and the unity and cohesion of our people. When our borders were threatened, our ancestors used to light a flame on the top of this mountain and at the decisive moment, they gathered together.The people used to call it the fire of unity. Our soldiers set out to defend their native land from the foot of Otpantau. Important meetings were held here to decide the fate of the nation. This tradition survives to this day. We cherish the memory of our batyrs (heroes) and will preserve the continuity of traditions. Most importantly, we will protect our homeland bequeathed to us by our ancestors,” said Tokayev. 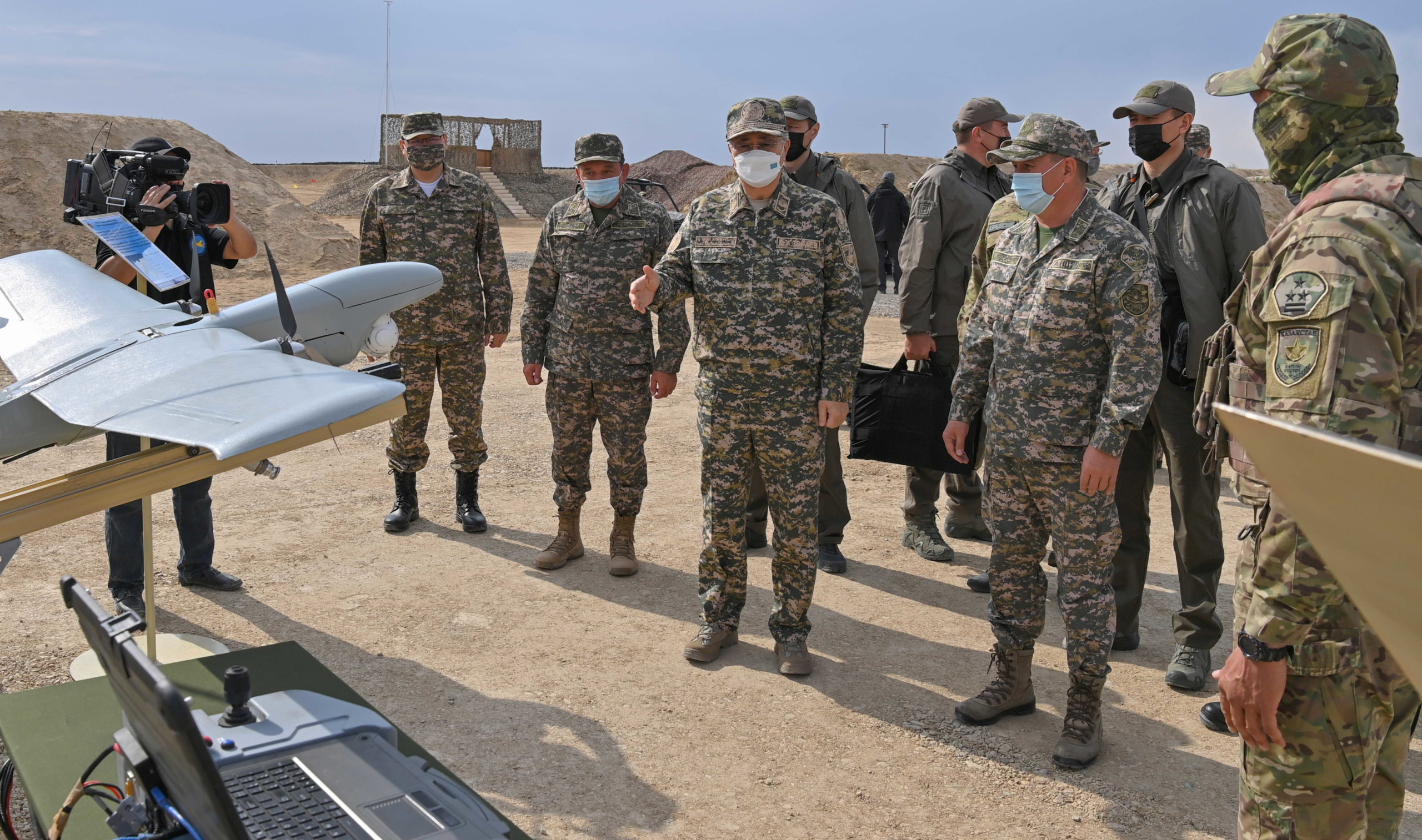 He was briefed on the development of the country’s military potential. Photo credit: Akorda press service

Tokayev, who is also the country’s Commander-in-Chief, inspected the forward control post of the General Staff, the readiness of special forces units, modern weapons and equipment, and the construction of a military hospital in Aktau and the aviation infrastructure in the Mangistau region.

He also watched the active phase of the military maneuvers from the observation tower. 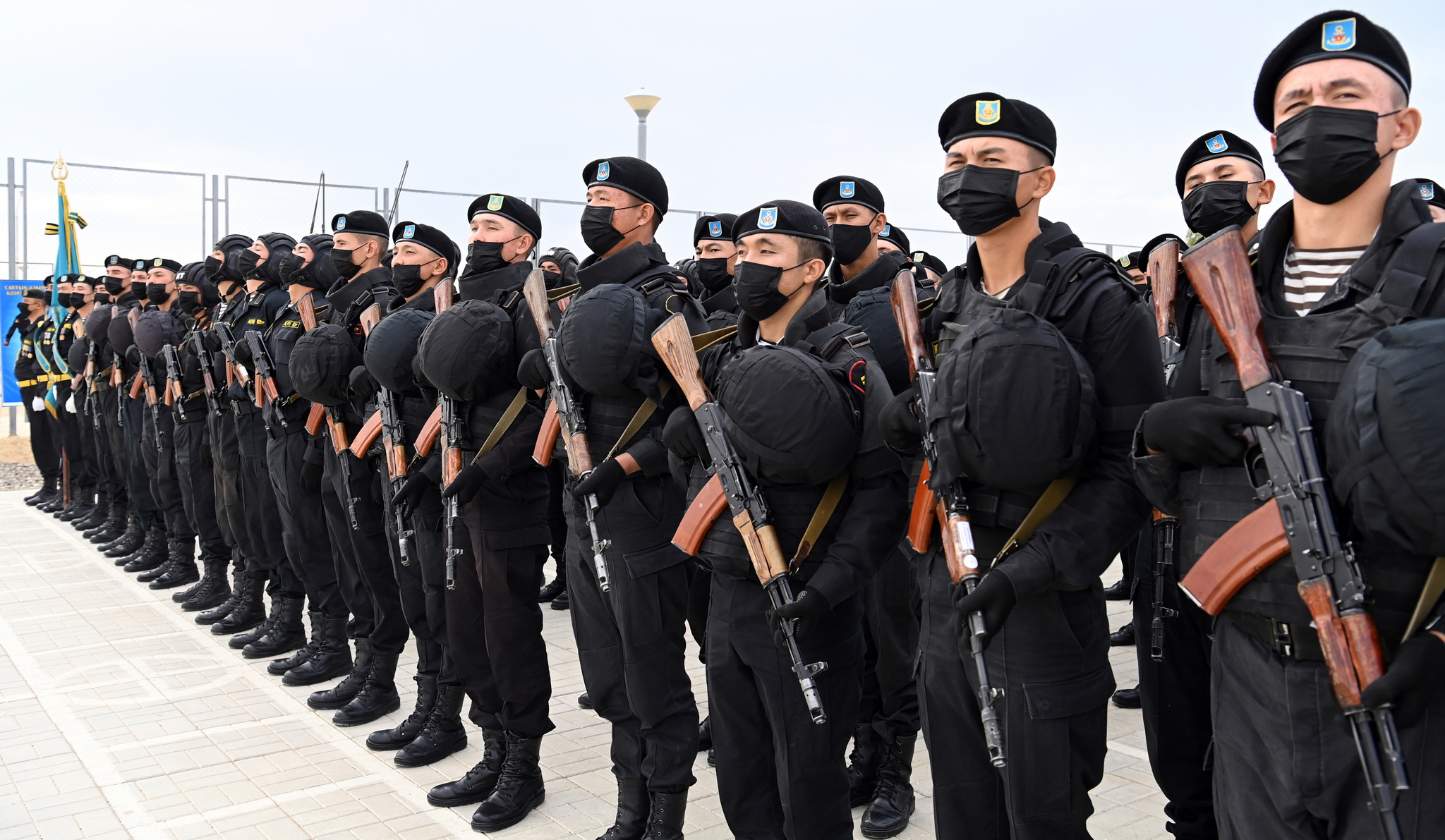 The exercise scenario included the practical application of new forms and methods of warfare by various groups of troops against a simulated enemy, based on the experience of contemporary armed conflicts.

Air and ground reconnaissance was carried out throughout the course of the group’s operations and the results were shared with the command post that then gave instructions for high-precision strikes by unmanned aerial vehicles and a mixed air group.

The Armed Forces, inter-agency groups, as well as local executive bodies and territorial subdivisions of the central state agencies carried out the exercises at seven training ranges in different regions of the country. In the Caspian Sea, naval forces supported by aviation and special operations forces carried out simulated actions to protect the country’s economic facilities with similar military exercises taking place at the Saryshagan and Spassk training ranges in the Karaganda Region and Koktal in the Almaty Region.

Tokayev commended the level of training of the country’s soldiers who show good results in military exercises, including at the international level.

“The army is in a constant process of modernization to ensure readiness for modern challenges and threats. Special operations forces, reconnaissance units, and special-purpose units are being actively developed. Counter-subversive actions are being practiced. The use of precision weapons and unmanned aerial vehicles is expanding,” he said.

Tokayev said that today’s comprehensive exercises, which took place amid an unstable political situation in the region, showed the readiness of security forces and local authorities to address localized crisis situations.