President Kassym-Jomart Tokayev delivered the state of the nation address titled “The unity of the people and systemic reforms are a solid foundation for the nation’s prosperity” on Sep. 1. It presents specific solutions to the issues, which are supported by expert assessments. 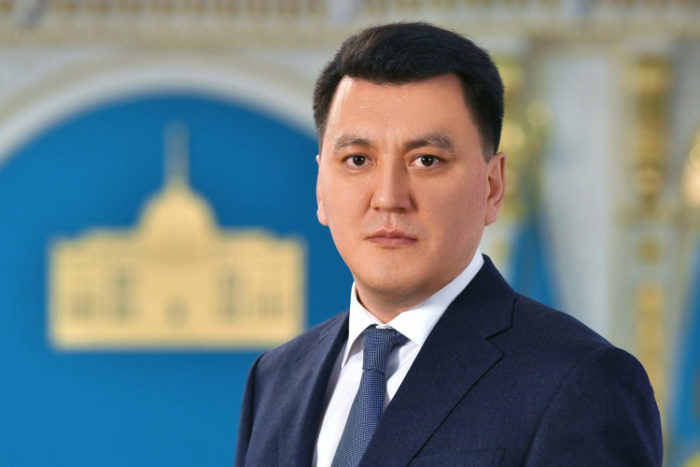 The address pays attention to the process of further political modernization. The President put forward the fourth package of political reforms and once again demonstrated the consistency of his strategic course aimed at the implementation of phased political transformations.

Over the course of just two years, Tokayev has regularly proposed various initiatives aimed at increasing the competitiveness and transparency of the political process.

Most of them are already being successfully implemented in practice. 10 laws were adopted in the framework of the political reforms. In the coming months, several more bills in the Parliament are to be considered.

At the same time, some of the presidential initiatives were implemented within a fairly short time frame. Despite the high pace of the ongoing transformations, they all follow a clear sequence. In this regard, I would like to highlight the key aspects of all four packages of political reforms proposed by the President.

The first package of reforms was presented by the Head of State on Dec. 20, 2019 at the second meeting of the National Council of Public Trust (NCPT). It was prepared taking into account the proposals of the members of the NCPT.

It includes initiatives to change the procedure for organizing peaceful assemblies from the “permissive” to the “notification” principle, reducing the registration barrier for creating parties from 40,000 to 20,000 people, introducing a 30 percent quota for women and youth on the electoral lists of parties, and introducing the institution of parliamentary opposition.

Of great importance was the proposal to start the procedure for accession to the Second Optional Protocol to the International Covenant on Civil and Political Rights.

In general, the initiatives of Tokayev as part of the first package of political reforms were highly appreciated and praised by Kazakhstan’s international partners.

For example, former United States President Donald Trump, in his congratulatory letter on the first anniversary of the presidency of Tokayev, praised the “ambitious program of reforms carried out in Kazakhstan, thanks to which the country is undergoing political modernization.” He stressed that “the United States fully supports measures to increase public confidence in the state and the protection of global freedoms, which at all times have been the pillars of a progressive and dynamic society.” In turn, President of France Emmanuel Macron, in his congratulatory message to the Independence Day of Kazakhstan in December 2020, highlighted the signing by Kazakhstan of the Second Optional Protocol to the International Covenant on Civil and Political Rights.

By now, all the initiatives of the first political reform package have been fully implemented.

This package of political initiatives was put forward on Sep. 1, 2020 as part of the President’s address. In it was announced the need for direct elections of the akims (mayors) of rural districts from 2021, the development of a new Concept for the development of local self-government and the Law “On Public Control,” as well as the creation of a single institution for online petitions.

A separate area of focus was the section dedicated to the protection of human rights. The President paid special attention to taking measures to protect children from cyberbullying and joining the Optional Protocol to the Convention on the Rights of the Child. The tasks were set to bring national anti-torture legislation in line with the best international standards, as well as to improve the practice of pre-trial investigation of criminal offenses related to human trafficking.

On Jan. 15, the Head of State initiated the third package of reforms at the opening of the first session of the Parliament of the seventh convocation. It included such innovations as lowering the threshold for entering the Majilis (a lower house of the Kazakh Parliament) for political parties from seven to five percent, the introduction of the column “against all” in ballots at elections of all levels, and the introduction of elective district akims. In addition, it provided for the introduction of the Youth Development Index, improvement of the public control system, legislative registration of the institution of online petitions, development of measures to stimulate charitable activities, the adoption of a separate Law on the Ombudsman and the strengthening of his staff.

According to the Ombudsman for Human Rights Elvira Azimova, the development and adoption of the Law “On the Ombudsman ” will provide certain legislative conditions both for expanding his own status and powers, and for appealing to him by concerned citizens. The creation of a regional ombudsman on the ground will facilitate prompt response and action on individual situations related to specific violations of human rights.

Changes and amendments to the legislation regarding the reduction of the threshold for the passage of political parties into the Majilis and the introduction of the column “against all” were reflected in the law on elections, which was signed by the Head of State on May 24.

The dynamics and content of the political transformations carried out in Kazakhstan have found a wide positive response in the international community. In April 2021, United States Secretary of State Antony Blinken, during a telephone conversation with his Kazakh counterpart, Kazakh Foreign Minister Mukhtar Tileuberdi, expressed strong support for the Political Reform Plan of President Tokayev.

The fourth package of political reforms initiated by the President is a logical continuation of the initiatives put forward and implemented earlier.

In particular, the Address explicitly indicated the need for legislative consolidation of the norm on the compulsory consideration of the 30 percent quota for women and youth in the distribution of deputy mandates.

It was proposed to expand the list of categories of citizens to be quoted and to provide for a mandatory quota for persons with special needs in the electoral lists.

The importance of developing an effective mechanism for supporting civic initiatives in rural areas was pointed out.

Tokayev’s government was instructed to take concrete measures to observe the rights and ensure the safety of human rights defenders, as well as to harmonize the norms of the Criminal Code of Kazakhstan with the provisions of the Second Optional Protocol to the International Covenant on Civil and Political Rights.

The President highlighted the need to support the economic and political positions of women in society. In this regard, he proposed to amend the Concept of Family and Gender Policy. Moreover, special emphasis was placed on strengthening the work to prevent and suppress sexual crimes against minors, especially those left without parental care.

All political initiatives of the fourth package will be implemented within the framework of the National Action Plan for the implementation of the Address of the Head of State to the people of Kazakhstan “The unity of the people and systemic reforms are a solid basis for the country’s prosperity.”

Taken together, the four packages of political reforms reflect the consistent and comprehensive policy of the Head of State in this direction. They are closely interconnected with reforms in the economic sphere and the system of local government, as well as the process of total digitalization of public services.

So, if we consider the reform of local public administration, then, starting in 2018, in 1055 rural districts with a population of more than 2000 people, an independent budget, or the budget of the fourth level has been introduced. In 2020, this approach began to be applied in all rural districts.

Before introducing this mechanism in rural areas, an inventory and state registration with the justice authorities of 82,000 objects of immovable and movable property that were not previously taxed were carried out. The databases of the authorized bodies were updated, and 2.4 million incorrect pieces of data were eliminated. The information systems and databases of the ministries of finance, internal affairs, justice, agriculture, and the State Corporation “Government for Citizens” were then integrated.

As a result of the introduction of the budget, many villages received additional types of tax and non-tax revenues, and the villagers now have new tools to control expenditures.

In addition, in 2017-2019, four national forums were held in different regions of the country, 46 training and cluster seminars for akims of rural districts and employees of their apparatus involved in the budget process. In total, more than 3500 people were trained.

Another example of a sequence of policy reforms are initiatives to introduce quotas for women and youth on electoral lists.

In December 2019, the President proposed introducing a 30 percent quota for women and youth on the electoral lists of parties. For this, appropriate amendments to the legislation were adopted. In the fall of 2020, political parties began to form lists for participation in the next parliamentary elections, now taking into account the quota for women and youth.

The introduction of this norm, opened additional opportunities for increasing the political participation of these categories of citizens. For example, before these elections, out of 3,335 seats in maslikhats, only 740 were held by women, and 53 by young people under 29 years of age, and then, according to Senator Lyazzat Suleimen, 44 of them were in regional maslikhats.

Therefore, this norm contributed to the wider involvement of women and youth in the socio-political processes in the country, which is confirmed by the final protocols of election commissions following the results of the past elections.

However, it should be noted that some parties approached the filling of this quota declaratively, facing a certain shortage of personnel and new faces. Therefore, the Head of State in his current Address pointed out the need to introduce a norm on the compulsory consideration of the 30 percent quota for women and youth in the distribution of deputy mandates. This will enable political parties to carry out long-term work to attract women and youth to their activities.

To sum up, it can be noted that the address contains important initiatives aimed at continuing political transformations, increasing the openness of the political system, and developing pluralism in Kazakhstan.

The author is Erlan Karin, Aide to the President of Kazakhstan.

The article was originally published in the Liter newspaper.