Khan Shatyr: Don’t Miss One of the Wonders of the Modern World

By Vladimir Bachishin in Astana, Kazakhstan’s Independence: 30 Years on 18 September 2021 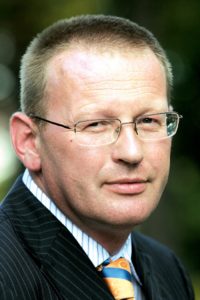 Editor’s note: This is the second article in the series “In Summer and Winter, and All Year Round – Nur-Sultan Knows How To Live” by prominent Slovak journalist and academic Vladimir Bachishin. Нe is the winner of the sixth international contest titled Kazakhstan Through the Eyes of Foreign Media organized by the Kazakh Ministry of Foreign Affairs and the NGO Chief Editors Club. In his series of articles , he reviews the history, geographical location of the megapolis, and the consumer and business infrastructure of the new capital of modern Kazakhstan.

The first article “Nur-Sultan: A Long History of a New Capital” was published here.

Khan Shatyr or Khan’s marquee is one of the most interesting works of modern architecture. The marquee held a central role in the life of the Kazakh family. In the past, the Kazakhs used to be nomadic people and lived in yurts or tents.

What is Khan Shatyr like? It is a large shopping and entertainment center in the capital city. It was opened more than ten years ago, on July 6, 2010, on the birthday of the First President of Kazakhstan, Nursultan Nazarbayev. Italian singer Andrea Bocelli was invited to perform at the official opening event. This architectural site is listed in the Guinness World Records as the world’s tallest marquee.

Khan Shatyr has a total area of 127,000 square meters, with boutiques of all world brands situated inside. The fashion industry here has got much more to offer compared to Slovakia. Family parks and entertainment centers also can be found here.

Khan Shatyr has a total area of 127,000 square meters, with boutiques of all world brands situated inside. Photo credit: financnenoviny.com.

Besides that, Khan Shatyr has a supermarket, cafes, and restaurants with traditional as well as international cuisine. Anyone who wants to practice dish tasting can do it here. The cherry on top is an aqua park, with a temperature of 35 celsius all year round, a sand beach and pools with artificial sea waves. You can also eat-out here. Juice, coffee and pizza are common at the beach. There are rarely any queues in the shopping center. The only small ones are in the aqua park – moms and dads waiting in line with young children, and beautiful girls dressed in the best-looking brand-name swimsuits.

The aqua park has a real tropical climate. Heating warms the sand and it feels like a real beach. Do you want to jump into the pool or take a ride on a water slide? But the sand is not from Kazakhstan. It was imported from the coast of the Indian Ocean – the Maldives. And just like this, residents of the capital city of Kazakhstan have created a year-round Maldives. 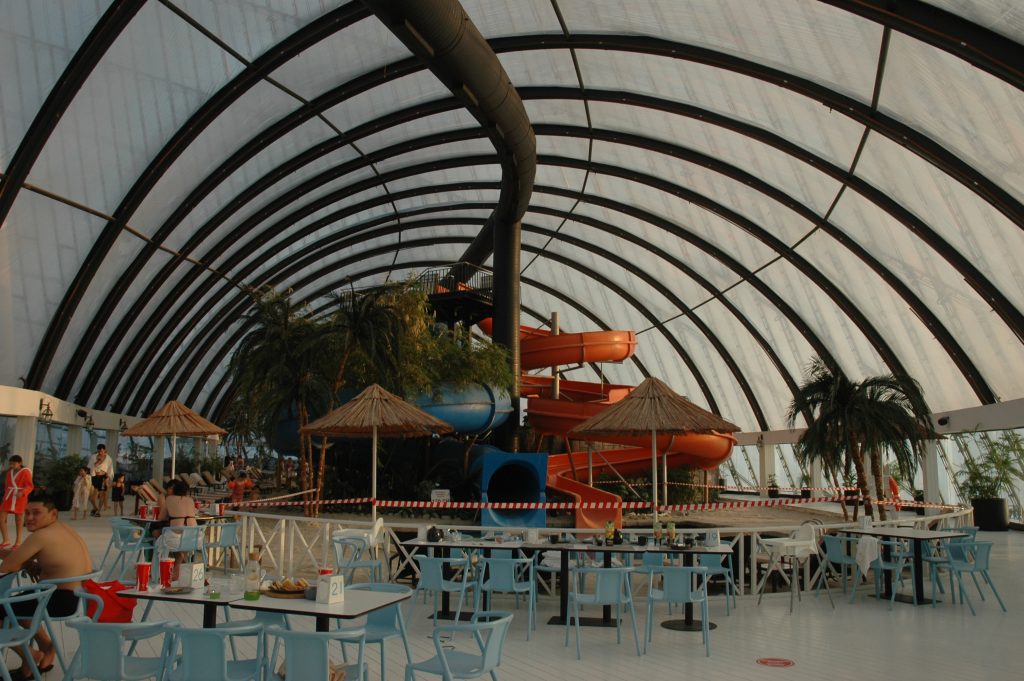 The sand for the aqua park was imported from the coast of the Indian Ocean – the Maldives. Photo credit: financnenoviny.com.

The building of Khan Shatyr is a giant marquee. It is “only” 150 meters in height and is built in the form of a grid of steel rods covered with a transparent polymer mass of ethylene tetrafluoro-ethylene. Due to its extraordinary chemical composition, it protects the building from temperature changes. This creates a special microclimate in the building.

Khan Shatyr is included in the Forbes Style list of the Top 10 Most Interesting Buildings in the World.

“Finančné noviny” expressed its gratitude to Akim of the Yessil district of Nur-Sultan Berik Dzhakenov for his assistance in visiting the Khan Shatyr complex.

P.S. And lastly, Kazakhstan and its capital Nur-Sultan do not just offer shopping and beach entertainment. One of the largest international stock exchanges, where securities are traded, operates in the capital city. But more on this and other things next time.