NUR-SULTAN – Rhythmic gymnastics is one of the most breathtaking Olympic sports with which the Kazakh team debuted at the Olympic Games in Los-Angeles in 1984. 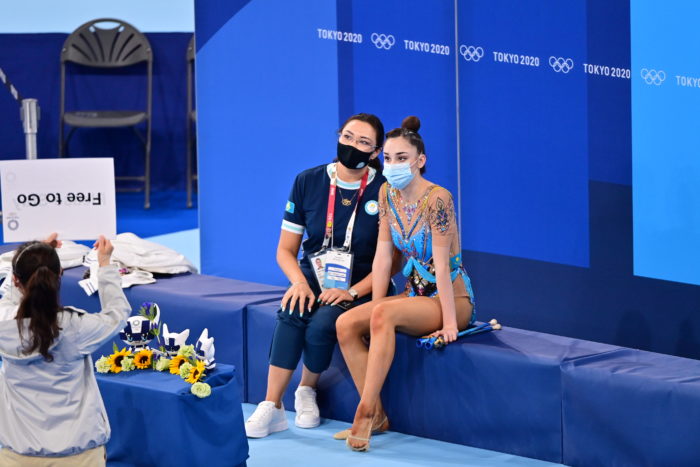 Aliya Yussupova (L) and Alina Adilkhanova after the performance at the at the Olympic Games in Tokyo. Photo credit: Olympic.kz.

This year, Alina Adilkhanova, world class athlete, Asian Games 2021 champion (individual all-round) represented Kazakhstan in Tokyo. Even though Kazakhstan did not make it into the top 10 in Tokyo, the Kazakh Rhythmic Gymnastics Federation and the Ministry of Culture and Sports actively cooperated in this sport’s development. 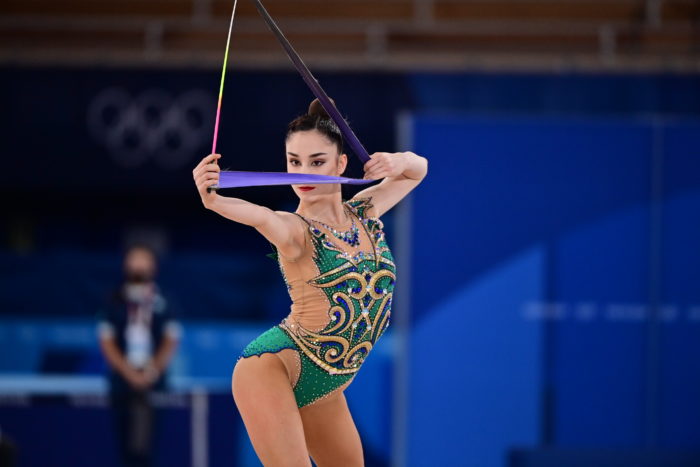 Yussupova has become the role model for the younger generation by being in the top five in the last two Olympic Games – Athens 2004 and Beijing 2008. Her achievements demonstrated that Kazakh athletes can count themselves among the five strongest athletes at the Olympic Games.

“At the time when I trained in Moscow under Irina Viner’s supervision, the president of the Russian rhythmic gymnastics, her reaction was a priority for me. I used to perform for her, neither for assessments nor for medals. There was a funny story at the Olympic Games in Athens, when the performance with ribbons was already over, however, I was still there waiting for a sign from Viner,” said Yussupova.

Yussupova pays special attention to the mental health of her athletes before any serious competitions by sharing her own professional experience. As an athlete she knows that the main things to overcome are stress and fear.

“It is a very complicated career path to take even though the rhythmic gymnastics performances themselves look so easy to implement. Nowadays I have some concerns related to the ambitions of adults. It is not a good idea to force a child to do sport professionally just because a particular sport has become trendy. Instead, I welcome those parents who want to see their daughters being flexible and able to understand music since rhythmic gymnastics is something between an art and a sport,” noted Yussupova.

Adilkhanova competed to the music from the Kazakh film “Tomiris” at Tokyo 2020. Tomiris is about the life of the legendary Scythian queen Tomiris and celebrates modern progressive ideas around female empowerment and gender activism.

“It was an idea that came to mind while watching the well-known historical film “Tomiris.” The soundtrack of the film was so impressive that we decided to ask Kazakh film to assist us in choosing the best part of the soundtrack for our performance at the Olympic Games,” said Yussupova.

Adilkhanova also shared her impressions about the recent games. “It was my first time at the Olympic Games, therefore, my participation itself was very exciting. The main thing was not to burn out during the competition since all four events were on the same day. Besides, the climate in Tokyo differs from ours and we had to perform with no spectators, which was really unusual,” she said.

Adlikhanova believes that it is necessary to work hard and to take pride in representing one’s country. She has high hopes of winning a medal at the next Olympic Games in Paris 2024.