By Ilyas Omarov in Sports on 2 September 2021

NUR-SULTAN – The national football team of Kazakhstan played a match in the qualification of Mundial 2022 with the national team Ukraine Sept. 1 in Nur-Sultan. Two teams have already met in west Ukrainian city Lviv, and then our team took one point and played a sensational tie. The Ukrainian team, which is one of the best in Europe, yearned for revenge, and of course was the favorite of the match. 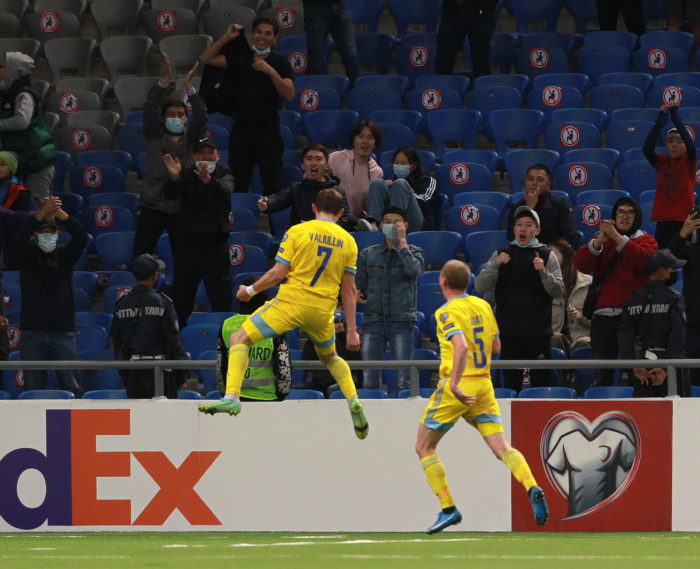 The guests arrived in Nur-Sultan with the new head coach Alexander Petrakov, who could not count on a number of major players. The coach of the Kazakh team, Talgat Baysufinov, who overwhelmed the COVID-19 before the match, was a little with the starting lineup, Kazakh forward Baktiyor Zainutdinov was not in him. The guests went on the attack from the first minute. And already in the second minute, guest forward Roman Yaremchuk scored with a beautiful strike from a distance, followed by the Ukrainians hitting the bar twice and once shaking the crossbar. Only by the middle of the first 45 minute, the Kazakhs came to their senses, tried to hit from a distance, but it turned out not very dangerous. 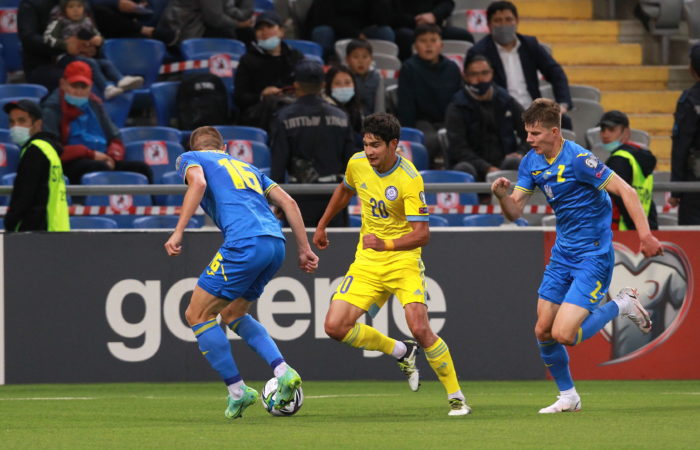 And it was in these extra minutes that the intrigue of the match lay.

The Ukrainians rushed to the attack, Viktor Tsygankov and Andriy Yarmolenko missed deadly moments, Pokatilov continued to show himself, who nevertheless missed in the 93rd minute. It seemed that the outcome of the match was decided. But Kazakhs had a couple of minutes to storm the Ukrainian gates, and Viliullin scored again. After the game #7 our team will say that he is dedicating these goals to the memory of his grandmother, who passed away two days before the match. 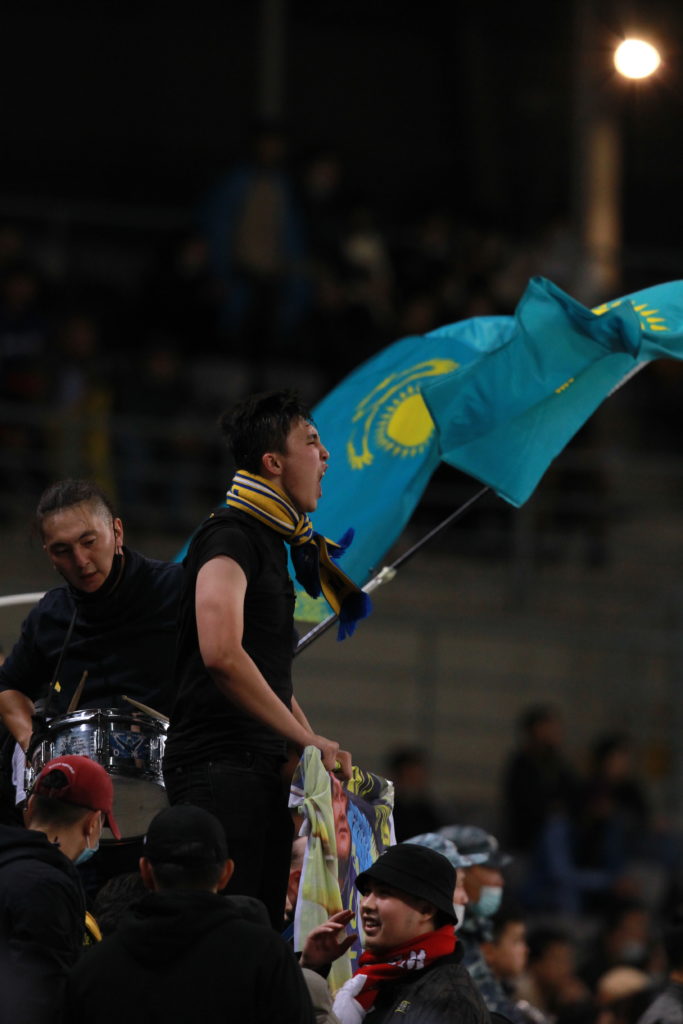 Another hero of the match, Pokatilov, noted that it is impossible to play in defense, as in the last match, and the team will conduct a detailed analysis. It is curious that after the first match in Lviv, Ukrainian experts called our goalkeeper a spider-man.

At the press conference, Petrakov again noted the discipline and character of the Kazakh team, noting that he had warned his players before the game. “Apparently, they didn’t hear me,” said the guest coach.

The national team of Kazakhstan will play the next two matches away – on Sept. 4 in Finland and on Sept. 7 in Bosnia and Herzegovina.