NUR-SULTAN – Kazakhstan’s up and coming fighters faced down their rivals and took home the WBA titles at the “Battle of the Nomads” held over the weekend in the capital. 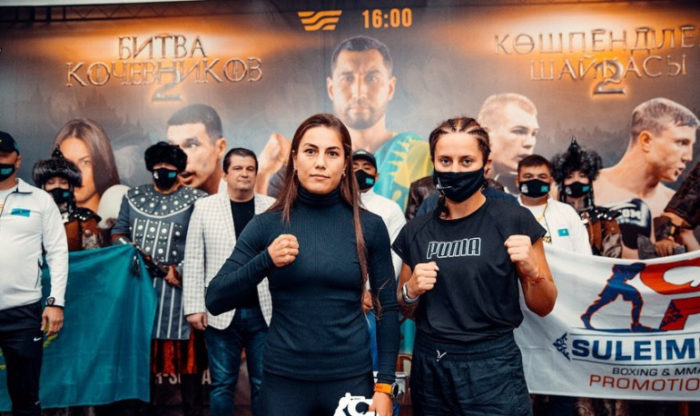 Meanwhile, Kazakhstan’s Firuza Sharipova won at the “Battle of the Nomads 2” event also held in Nur-Sultan. The lightweight fight ended with an early victory by Firuza – a knockout in the second round. Sharipova struck Belyakova with a powerful blow to the liver, after which she could not continue the fight. Lyubov Belyakova is a multiple champion of Ukraine in Thai boxing, champion of the World Tournament in Thailand, and also the winner of the 2020 Russian Cup. By doing so, Firuza Sharipova won the fourteenth fight of her professional career. This year she already won big when she knocked out Yulia Chernoborodova (0-2) from Russia in the fourth round.

Despite not taking home any gold medals at the Tokyo 2020 Olympics, Kazakhstan continues to excel in fighting sports, proving that they are capable of going toe-to-toe with the world’s best fighters.