NUR-SULTAN – Kazakhstan hosted the two-day Fourth General Assembly of the Islamic Organization for Food Security (IOFS) that convened in Nur-Sultan on Sept. 8, reports the Kazakh Ministry of Agriculture. During the assembly meeting, Turkey handed over the presidency in the organization to Kazakhstan for one year. 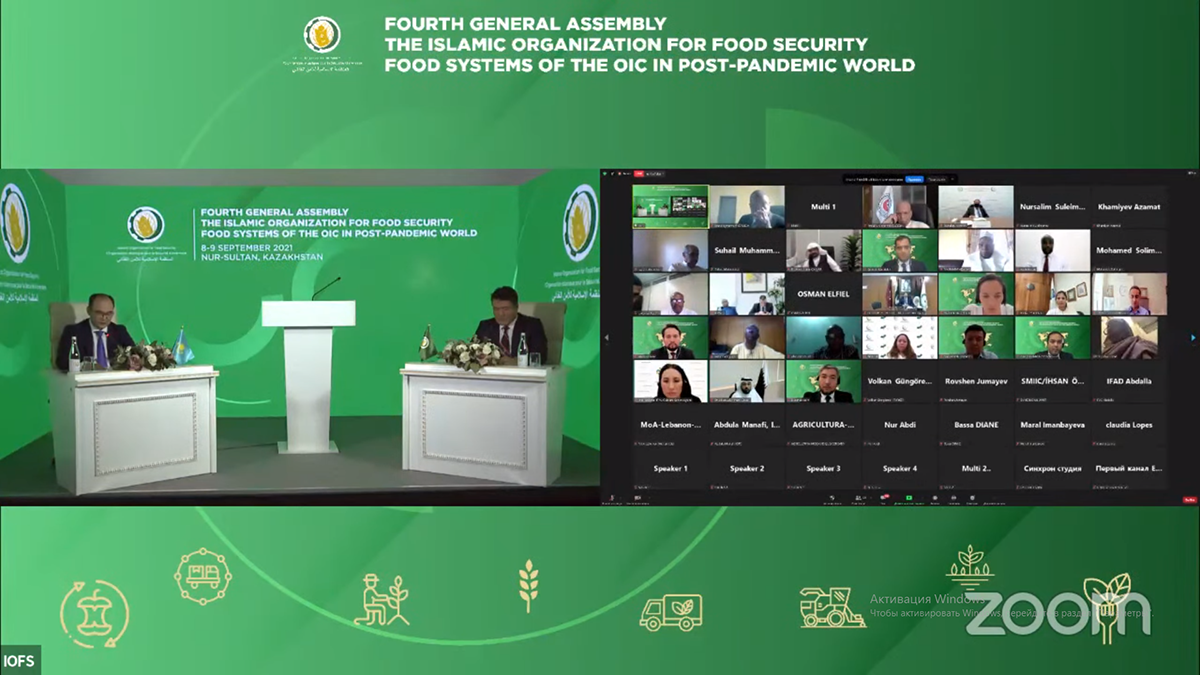 Founded in 2018 with its headquarters based in Nur-Sultan, the IOFS seeks to strengthen cooperation among member states of the Organisation of Islamic Cooperation (OIC) to ensure food security for its member states and develop the Kazakh agricultural industry.

The event was attended by more than 150 participants, including ministers of agriculture, representatives of international organizations, the OIC and its institutions, as well as other high-ranking officials in charge of food security issues in participating countries.

In his welcoming address to the participants, President of Kazakhstan Kassym-Jomart Tokayev noted the increased role of the organization in the context of the coronavirus pandemic and global climate change, calling on the member countries to support the initiative to establish the Food Security Reserves and the Grain Fund.

“Kazakhstan is an active and responsible member of the Organization of Islamic Cooperation and is also one of the top 10 exporters of wheat and flour, supplying up to 7 million tons of wheat abroad. Every year, Kazakhstan provides humanitarian aid in the form of wheat and flour to the OIC member countries in need. I am convinced that our experience will be useful in solving the issues of food security in the ever-growing Islamic world,” reads Tokayev’s letter to the participants of the General Assembly.

Kazakh Minister of Agriculture Yerbol Karashukeyev in his speech confirmed the readiness of Kazakhstan to continue the course during the upcoming presidency, while emphasizing the importance of the development of the OIC food system, ensuring the quality level of the approved programs, factoring in risks associated with climate change, as well as stressing the effective use of water resources in agriculture.

“Kazakhstan has more than 200 million hectares of agricultural land, which accounts for four percent of the world’s resources, and more than 180 million hectares of pasture resources. Kazakhstan, being an active and responsible member of the OIC and one of the largest producers and exporters of environmentally clean agricultural products, is ready to make its own contribution to solving the problems of food security in the OIC area,” said Karashukeyev.

Among the objectives for the next 10 years are the creation of food security reserves and programs for humanitarian food aid to support OIC countries in crisis situations, increasing the competitiveness of the agrifood industry, promotion of financial cooperation to support special projects and investments, and the transfer of technical expertise to develop the capacity of participating countries.