By Saniya Bulatkulova in Culture on 3 September 2021

NUR-SULTAN – The Kazakh adventure comedy “Sweetie, You Won’t Believe It!” won the Festival Director’s Choice Award at the Ravenheart International Film Festival taking place in Oslo on Aug. 26-29, reports Kazakhstan’s Embassy in Norway. More than 100 international films were presented during the four-day festival. 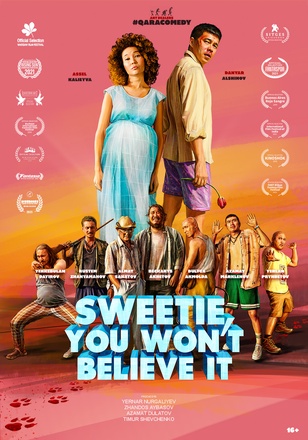 The movie was directed by Ernar Nurgaliyev, Kazakh film director and clipmaker, who has made 10 movies.

The film’s story starts with a quarrel between a young married couple expecting their first baby. Dastan decides to take a one-day break with his friends and go fishing. A series of unforeseen events then begins to unfold.

“What attracted us to ‘Sweetie, You Won’t Believe It!’ was the film’s energy and the joy of storytelling present in it. While it is a distinct Kazakh film with its characters and scenery, Kazakhstan’s wide steppes are almost a character of its own. The film is still accessible to everybody regardless of their nationality. Its humor is precisely timed thanks to the help of the talented cast,” said Norwegian director Kay Olsen after the award announcement.

“Sweetie, You Won’t Believe It!” was also awarded first place at the Russian prestigious Kinoshok festival, held since 1992. It was also nominated for best movie in the Commonwealth of Independent States (CIS) and Baltic States at Nika 2021, a Russian analogue of the Oscars.