Abai Kunanbaiuly: The Man With a Strategic Vision 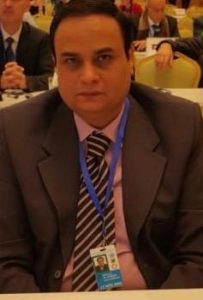 Editor’s note: At the end of this summer, the winners of the international contest “Kazakhstan Through the Eyes of Foreign Media” were announced. The competition was established by the Kazakh Ministry of Foreign Affairs and the country’s Chief Editors Club. Among the winners was Dr. Mehmood Ul Hassan Khan from Pakistan, a prominent expert, scholar and journalist. He dedicated his essay to the legacy of Abai Kunanbayev (Kunanbaiuly), a Kazakh poet, educator, founder of Kazakh written literature and its first classicist.

His article submitted to the contest is published below.

Abai Kunanbaiuly was a pioneer of the expansion of national consciousness, self-knowledge and spiritual perfection which he used to win hearts and souls. He was a man of respect and reverence which he used as an effective way of educating the modern generation. He had a strategic vision about modernizing Public Consciousness by emphasizing the importance of updating it. He spread spiritual means to overcome worldly problems.

Undoubtedly, Abai Kunanbayuly left an ineradicable mark on the history of Kazakhstan as a scientist, thinker, poet, and enlightener, founder of modern national literature, translator and composer. His poems and prose reflected national identity, life, worldview, character, soul, faith, language, traditions and the spirit of the people, which were later rated as a unique phenomenon, called the world of Abai. He gave to the world immortal words. Abai Kunanbayev is the great poet, writer, public figure, founder of modern Kazakh literature, reformer of culture in the spirit of rapprochement with Russian and European culture on the basis of enlightened Islam. 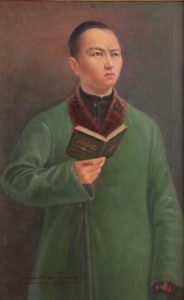 Abai’s major work is “The Book of Words” a philosophic treatise and collection of poems where he encourages his fellow Kazakhs to embrace education, literacy, and good moral character in order to escape poverty, enslavement and corruption.  He  believed in the value of harmonization in achieving the desired goals of development and modernization. He termed convergence of nations a must for participatory development of the nation to improve, to renew and in order to correspond to the new time. His teachings were so strong that despite the changing times and changing worlds, it is still relevant.  I hope that Abay will always be with his people, over the centuries, urging Kazakhstanis to conquer new heights.

He highlighted the importance of education and science for immense development and glory. Abai wholeheartedly wished that the Kazakhs constantly studied, mastering new knowledge to conquer their inner and outer worlds. His words “Do not brag until you master science” surely depicted the strategic importance of education, knowledge, wisdom, and science which he considered essential to reach heights.

In place of “take possession of science not to get rich” he showcased the importance of education and science by connecting both attributors of development with wealth; even Adam Smith “Wealth of nations” endorsed his thinking. He correlated profit, and honor with striving for knowledge.

Ours is the age of science where we witness wonders of sciences rapidly moving to new heights. The government of Kazakhstan announced various policies and programs to modernize its education system. It has also announced “Law on the Status of a Teacher” which is indeed one of the useful initiatives in this direction which improve the quality of education. 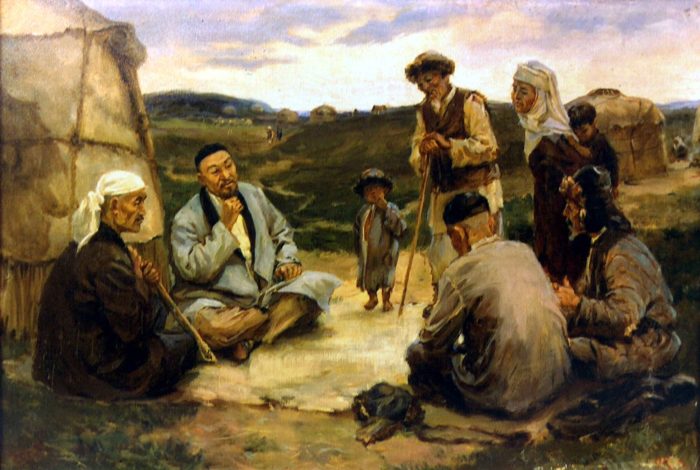 Modern discipline of “public administration” upholds his revolutionary work about cultural studies terming it dancing among different diverse cultures. Being regional expert on Kazakhstan and CIS I amaze that he had vision of “professionalism”, “smart knowledge” and last but not least mastering of multidimensional disciplines for human survival and development. He rightly pinpointed essential ingredients of development i.e. self-knowledge, constant self-development, desire for knowledge and sciences. He actually coined the concept of “intellectual nation”.

Reflections on his works instill in every person a sense of patriotism in relation to his people, country. That is why one of the directions of modernization and development of the country is the development by the young generation of the heritage of wise Abai so that his teachings become the life principles of youth. 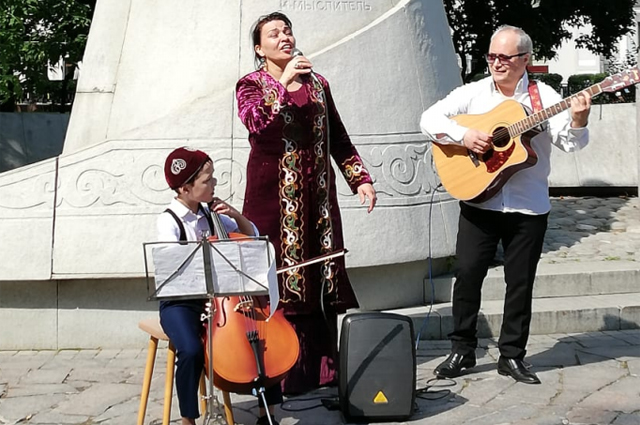 Celebration of the 175th Abai anniversary in Moscow.

Abai was a strong supporter of statehood for socio-economic prosperity and economic development. He valued rule of law and public order as a universal responsibility. He disliked instability in the system. He spoke of strengthening the power of the country, state and national unity. He promoted the idea of creating a just society.

Being a regional expert on Kazakhstan I believe that the most recently announced initiative “A State Listening to the Voice of the People” is to develop the idea of a just society. A constructive dialogue having participatory mechanisms between the state and society strengthens trust in the state. It diminishes the concept of untouchables from the society and institutionalizes spirits of rule of law, social justice, accountability and speedy development in Kazakhstan society thanks to strategic thinking and rich heritage of Abai.

Abai highlighted the importance of merit, fair-play and equal rights to everybody so he nurtured the concept of equal rights in today’s corporate world. He appreciated a man by his merits not by his position. In this sense, the great poet, by his example, directed the Kazakh youth on the right path. Abai disliked negative human traits that impede the development of society and bring discord and confusion. He focused on improving the quality characteristics and competitiveness of our people. He was a great admirer of social responsibility. Abai coined the concept of “Mature, Holistic man” or “A man of integrity”. This concept, which is now widespread, was developed and promoted by Abai in the 19th century. 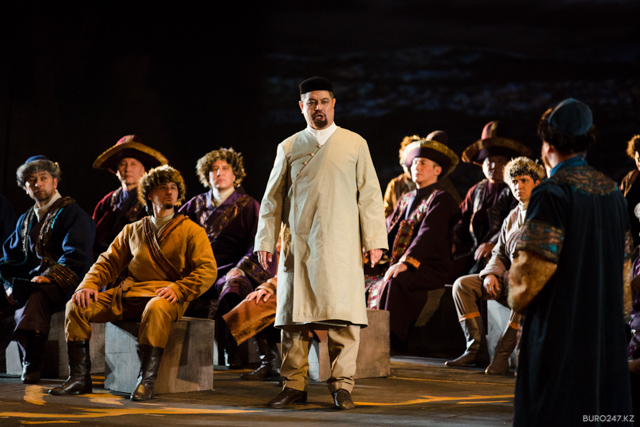 Human life along its entire length is accompanied by the maintenance of various contacts, without them the personality would be separated from society. To him communication is holistic and only means to make bridges of trust and respect. Abai said: “Combine the mind, will and heart in yourself, and then you will become a mature independent person”, bearing in mind that a person must have a clear mind, a strong, cold will and a warm, kind heart. He considers these three concepts in constant unity, but believes that the first two should obey the heart which has been the philosophy of life of the Kazakh people.

The great thinker in his works describes those who, through labor and ability to farm, achieve prosperity, calling, thereby, in the interests of improving their well-being, to learn new crafts and professions. The poet praised initiative and honest work. For example, in the tenth word of his book, he concludes: “Who will not become rich, if he works hard, will seek and find his place in life?”

Abai rightly correlated prosperity with craft which paves the way of greater socio-economic prosperity. Massive diversification and achieving desired goals of smart economy is derived from his teachings through which Kazakhstan government and its people succeeded to get rid of the psychology of dependence on raw materials and to determine the maximum development of small and medium-sized businesses as the main priority.

The scientist Abai is a genius of the Kazakh land on a world level. He sowed the seeds of wisdom for all of humanity. He is inspired from the folklore of the Kazakh people, the art of words of the East and West, Russian literature and the study of works on the history of mankind. 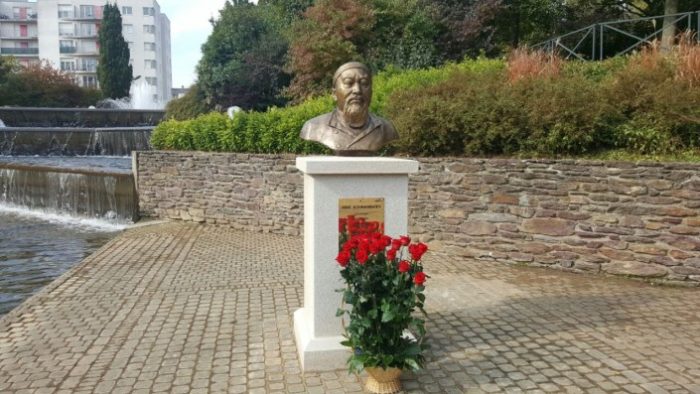 A monument to Abai was erected in Rennes, France.

Abai believed in religion “Allah is true, the word is true, the truth is never false.” Obviously, he came to such conclusions as a result of research and comprehension of the works of philosophers of East and West. In the thirty-eighth word, he expresses his attitude towards God.

Religious philosophers who studied the spiritual views of Abai pay special attention to his concept of “Orthodox Muslim.” The concept of a “true Muslim” probably concerned not only the Kazakhs, but the entire Muslim world. Abai dreamt of maintaining the spiritual purity of all people on Earth. Abai is an amazing personality among world-class thinkers.

The merits of Abai cannot be overestimated. His instructive life and genuine creativity is a role model not only for the Kazakh people, but also for the whole world. Abai’s ideas about man and society, education and science, religion and traditions, nature and the environment, state and government, language and communication have not lost their significance for centuries, because the poet’s legacy is the spiritual source for all mankind.

Abai Kunanbaiuly was a great social reformer who tried to transform his society up to the level of a civilized state wherein merit, social justice, rule of the law, accountability, fair play might be achieved through hard work, institutionalization of education and science.