7 out of 10 People in Kazakhstan Are Expected to Live in Cities By 2050, According to UN

By Saniya Bulatkulova in Nation on 8 September 2021

NUR-SULTAN – The level of urbanization in Kazakhstan will reach 69.1 percent by 2050, according to the United Nations Department of Economic and Social Affairs (DESA). The current level is 58.7 percent, reports ekonomist.kz. 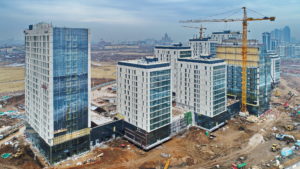 The rate of construction in the cities is much higher than the rate of population growth in Kazakhstan. Photo credit: egemen.kz.

With this background, the outlook for Kazakhstan is very optimistic.

The United Nations estimates urbanization levels in Kazakhstan, both preceding and current by 2050, are above average for Asia as a whole and for Central Asia in particular.

Kazakhstan’s indicators are also better than global ones, and they are noticeably higher than both low-income and middle-income countries. It means the country is moving in the right direction.

The UN Member States, including Kazakhstan, committed themselves to achieve the Sustainable Development Goals in 2015 (SDGs). They represent a universal call for action to end poverty, protect the planet, and improve the lives of all people, wherever they may be.

SDGs include Goal 11 that directly states that “by 2030 it is necessary to scale up inclusive and ecologically sustainable urbanization.” 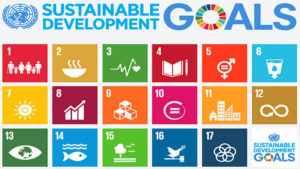 Kazakhstan is successfully implementing the plan. The urbanization process is supported by urban development institutions and by the progressive pace of housing construction in cities.

Increasing housing development in Kazakhstan is ensured by affordable mortgage lending as part of government programs.

After some stagnation in the beginning of the last decade, the introduction of the Nurly Zhol (bright route) state program for infrastructure development in 2015-2016 has given a strong impetus to the sector development. The next program – Nurly Zher (bright land) – was launched combining new and existing housing support mechanisms.