By Oleg Vasilyev in Kazakhstan’s Independence: 30 Years, Op-Ed on 12 August 2021

The last decade of the existence of the Soviet Union led to its collapse and gradual recession in the economics of all member countries. On December 8, 1991, three countries — the founders of the USSR — signed an agreement, terminating the union, and it instantly became extinct. 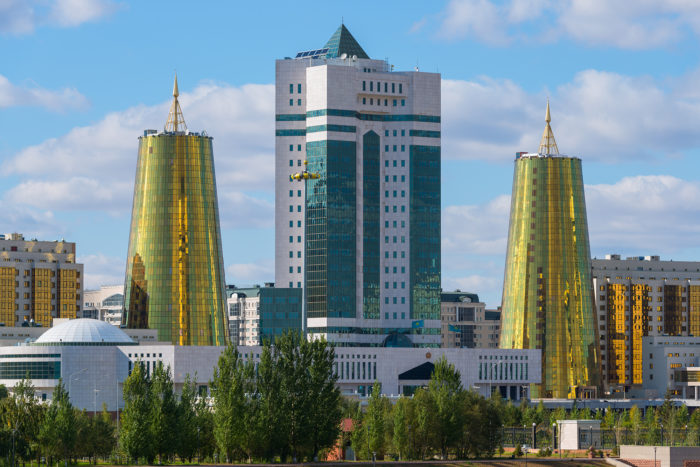 Kazakhstan had managed to overcome all the challenges in its way, building up a sustainable and economically stable country in the post-Soviet area thanks to appropriate development policy adopted in the very first years of independence.

Accelerating economic growth was a priority. The Kazakhstan government set a course for primary industrialization. The process of deep major modernization began in two stages. The first is characterized by gradual shifting from a controlled economy to a free market economy. It was a period of formation for the independent state’s political and economic systems. The second stage was advanced as part of an integrated development strategy for Kazakhstan through 2030.

The efforts resulted in a strong middle class being formed in just a decade which now dominates in the country, and it defined actual life quality improvement. This can be compared not only to the early 90s period, but to the situation in other post-Soviet countries today.

Some 1,300 enterprises have started operations not only to supply the domestic market, but also to provide exports. Kazakh goods are now exported to more than 100 countries.

According to the International Monetary Fund, Kazakhstan took the 52nd position by GDP per capita ranking (among post-Soviet countries) in 2019-2020. Taking into account the world pandemic, the rate of state economic growth is capable of reaching, by the end of 2021, the pre-crisis value of 3.7 – 4 percent. This indicator places Kazakhstan in the leading positions in the Central Asia region, generating around 60 percent of GDP in the region.

Since independence, Kazakhstan has been able to develop into a strong player in the international political arena. A strategy was needed so as not to repeat the experience of the powerful but inactive Soviet Union. External relations had to be extensive and multifaceted. As a byproduct, this allowed the country to attract investment to all economic sectors.

Kazakhstan accomplished her pragmatic policy aims, and was embraced by neighboring countries, making it possible to assume the place of a serious regional player, and steadily gain recognition all around the world.

Currently, Kazakhstan is a member of the Commonwealth of Independent States, the Eurasian Economic Union (EAEU), the Shanghai Cooperation Organization (SCO), the Collective Security Treaty Organization (CSTO), the United Nations, the OSCE, the Euro-Atlantic Partnership Council, the Turkic Council, and the Organization of Islamic Cooperation.

The country supports close relationships with NATO countries and participates in the Partnership for Peace Alliance programs.

Over the years of independence, Kazakhstan has managed to chair many international organizations, including the OSCE and the UN Security Council.

The policy of flexible and stable participation in international politics has given Kazakhstan an opportunity to prove its peacekeeping capacity. A platform for negotiations between the parties fighting in Syria was provided in the capital of Kazakhstan, which was a unique event because it was only possible in Nur-Sultan rather than anywhere else to bring representatives of the armed opposition and the current Syrian President Bashar al-Assad to the negotiating table. This had not been achieved in any of the previous negotiations on the Syria situation settlement.

Meanwhile, the country’s armed forces are involved in peacekeeping missions in Western Sahara and Lebanon, acting through the UN. This explains why Kazakhstan’s partners privately call the country the center of the United Nations in Asia.

Global financial crises, the consequences of the pandemic, the instability of prices on the energy and food markets that Kazakhstan has faced since its independence, prevented her from achieving the best results. Despite all this, the adopted policy brought the population to a strong stable economic ground, forming a Kazakhstan’s model of development, which is already known all over the world.

The article was originally published in the Zakon.kz.