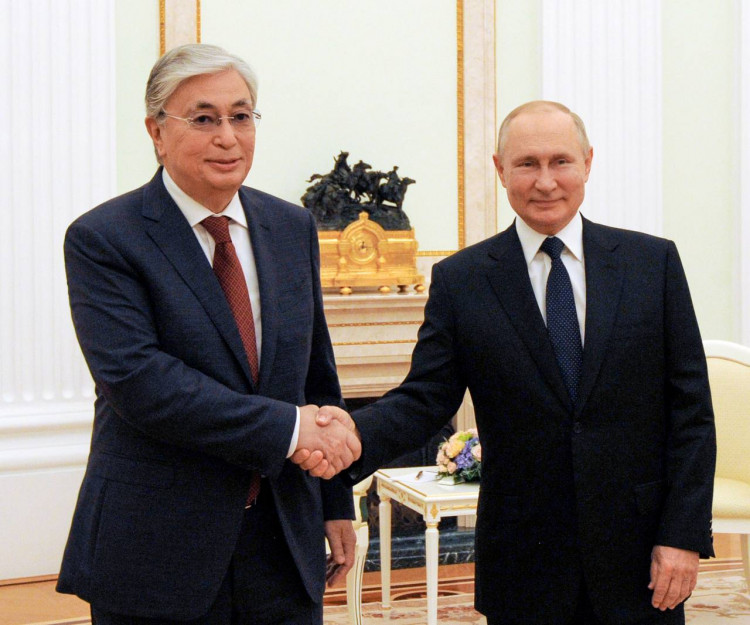 Tokayev and Putin discussed regional security issues in the context of the situation in Afghanistan, as well as Kazakh-Russian cooperation.

“Our contacts have indeed been constant; even amidst the pandemic, we have worked in an online mode and spoken by telephone. Yet, as the saying goes, seeing once is better than hearing twice,” said Tokayev.

He commended the bilateral ties between Kazakhstan and Russia, stressing that the two countries are allies.

“As allies, Kazakhstan and Russia make consistent efforts on all items on the agenda, be it international problems, security issues, or particularly, bilateral cooperation. I am pleased to say that relations between our countries are successfully and dynamically advancing in the atmosphere of strategic partnership,” he said.

Putin also spoke about the diverse and broad range of areas where the two countries bilaterally cooperate.

“Our bilateral contacts are ongoing at the highest level and in all areas – parliamentary as well as governmental. (…) Despite the pandemic, which resulted in last year’s slump of around 4 percent in mutual trade, we have already seen a surge of over 33 percent during this year’s first six months,” said Putin, noting that security tops the agenda given the escalating situation in Afghanistan.

Tokayev also emphasized the importance of increased cooperation amid emerging challenges and threats. “We take consistent efforts to coordinate our work in security issues. This problem is becoming increasingly urgent in the context of the current developments in Afghanistan,” he added.

The two leaders, who are expected to attend the Interregional Cooperation Forum in October. also agreed on the need to strengthen bilateral trade and economic ties and interregional contacts.

A few days earlier, Russian Prime Minister Mikhail Mishustin visited Nur-Sultan, where he also met President Tokayev and his Kazakh counterpart Askar Mamin. During his visit, the two sides signed documents that envisioned the establishment of a joint office for strategic initiatives.