NUR-SULTAN – The results of phase 1 and phase 2 clinical trials of Kazakhstan’s QazVac vaccine have been published in Lancet’s EClinicalMedicine journal on Aug. 13. 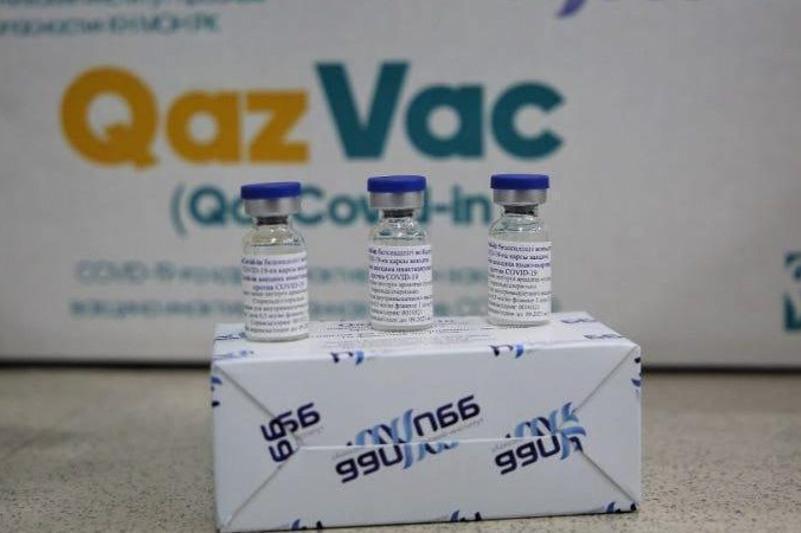 Kazakhstan has been among few countries in the world that produce its own vaccine.

QazVac, which has been administered in the country since April, is an inactivated vaccine injected at a 21 day interval. The vaccine was developed by researchers from the Kazakh Biosafety Problems Research Institute in the Zhambyl Region.

On Dec. 19, 2020, the Kazakh Ministry of Healthcare granted permission for phase III clinical trials. 3000 people volunteered and were vaccinated with the QazCovid-in vaccine in the cities of Almaty and Taraz. No severe side effects or complaints were reported.

“Eligible healthy adults aged 18 years and older with no history of laboratory-confirmed SARS-CoV-2 infection were randomly assigned to the treatment groups using a computerized randomization scheme generator. (…) The primary outcomes were safety and tolerability. The secondary outcome was immunogenicity,” wrote researchers in the article.

The vaccine was safe overall, with no serious or severe adverse events reported in both trials.

All participants in the trials were aged between 18-49 years of age and administered with two doses of the vaccine. They have responded positively to the vaccination and produced neutralizing antibodies.

“In the phase 2 trial, 100 out of 100 volunteers in the 50 years old age group have also responded to the vaccine; however, the GMTs of neutralizing antibodies produced after two vaccine doses have been lower than in younger participants aged 18-49 years,” said the article.

The article concludes that the vaccine “promotes pronounced humoral immunity which lasts for at least 6 months after double intramuscular immunization.”

Speaking at a press briefing in July, Kazakh Minister of Healthcare Alexey Tsoy announced the opening of a production plant in the Zhambyl Region, where 600,000 doses have already been produced.

The first batch of the vaccine was produced in limited quantities at the research institute, while the government continued to consider different production platforms. The plant is expected to increase its production capacity to one million doses.