By Dana Khissimova in Kazakhstan’s Independence: 30 Years, Nation on 30 August 2021

NUR-SULTAN – This year marks the 26th anniversary of the Kazakh Constitution, which is observed on Aug. 30. 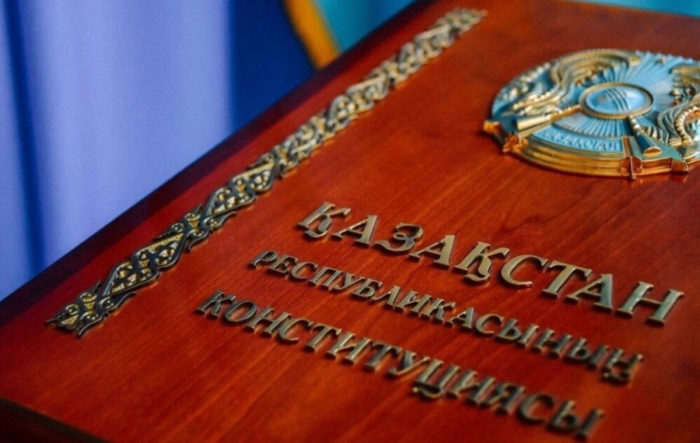 “The Constitution is a guarantor of our Independence. The basic law legally and politically confirms the adherence of our state to the principles of democracy and the rule of law, and determines the long-term course of the country’s development,” Tokayev said.

Tokayev recalled that the Constitution was developed on the initiative and with the participation of First President of Kazakhstan Nursultan Nazarbayev. It serves as a foundation for the country’s achievements in the socio-economic sphere..

“Our main goal is to improve the quality of life and the well-being of people,” Tokayev noted. “The basic law acts as a powerful consolidating factor, affirming the unity of the nation, inviolability of human rights and dignity, and the prohibition of any form of discrimination. These principles ensure internal political stability – our invaluable asset,” he said.

Since 1995, Constitution Day has been celebrated annually on the day of its approval at the republican referendum – August 30. This year, most of the events dedicated to this holiday are being held online.

The Constitution is the basic law of Kazakhstan, which was adopted at a national referendum on August 30, 1995. According to the Constitution, Kazakhstan claims to be a democratic, secular, legal state, the highest values of which are the individual, his life, rights and freedoms.

With the adoption of the current Constitution, the presidential mode of government was formed in the country.

Traditionally, on this day, solemn events, concerts, sports competitions, festivals and exhibitions are held in the country. However, this year, as in the past, due to the coronavirus infection, events are held online, and people congratulate friends and relatives by phone or internet.

On Aug. 27, 2021, in the museum of the Library of the First President of Kazakhstan in the city of Nur-Sultan, the exhibition titled “Constitution – the Basis of Independence” was opened. The exhibition presents materials about the history of independent Kazakhstan.

On the same day, the closing of the 2021 season of the Zhasyl El city youth labor detachment took place in the Victory Park of the city of Karaganda. The results of the labor season were summed up at the event, and the best members of the squad were awarded with memorable gifts and letters of thanks. About 50 charity events have been organized for low-income families of the city.

At the initiative of the Assembly of People of Kazakhstan, a round table titled “The Constitution is the basis of unity and spiritual harmony of the people of Kazakhstan” was held. The event was attended by deputies of the Mazhilis of the Parliament of Kazakhstan, representatives of the Assembly, state bodies, ethno-cultural associations, scientific and creative youth. The participants noted the historical role of First President Nursultan Nazarbayev in the creation and adoption of the current Constitution, in which Kazakhstan established  itself as a rule of law based and secular state.