By Staff Report in International on 24 August 2021 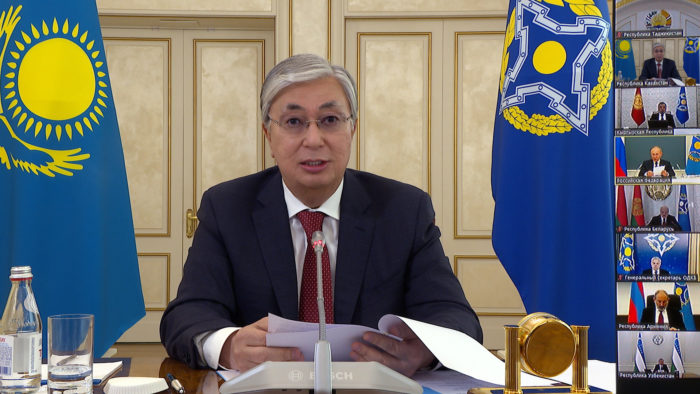 The heads of the countries exchanged views on the situation in Afghanistan and its impact on the security of the CSTO member states, and also discussed the development of measures aimed at preventing challenges and threats in the Central Asian region.

President Tokayev focused on the need to prevent risks, including the spread of terrorism and extremism, the growth of illegal trafficking in weapons and drugs, illegal migration, the influx of refugees, and the penetration of destructive elements into the region.

Kassym-Jomart Tokayev proposed a number of measures designed to strengthen the collective security system and the operational actions of the CSTO.

He also drew attention to preventing a humanitarian and food crisis in Afghanistan.

The next session of the CSTO Collective Security Council will be held on Sept. 16 in Dushanbe.