By Zhanna Shayakhmetova in Central Asia on 6 August 2021

NUR-SULTAN – President Kassym-Jomart Tokayev called on the leaders of the Central Asian countries to work together “to make the region a stable, economically developed and prosperous” at the third Consultative Meeting of the Heads of Central Asian countries, which was held on Aug. 6 at Turkmenistan’s Awaza resort on the Caspian Sea. 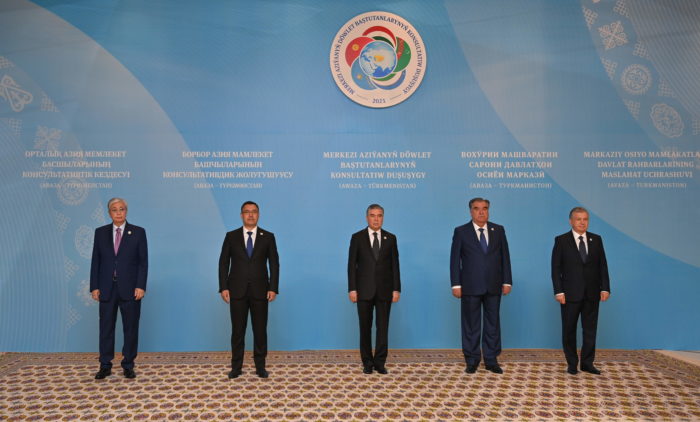 This year, the third Consultative Meeting of the Heads of Central Asian countries took place at Turkmenistan’s Awaza resort on the Caspian Sea on Aug. 6. Photo credit: Akorda Press.

The trade turnover of Kazakhstan with the Central Asian countries has increased 1.5-fold and reached $4.6 billion over the past five years.

The President praised the strengthening of economic ties between the countries, the increase in the number of joint ventures, and the implementation of large projects in industry, energy, mechanical engineering, agriculture and other sectors. 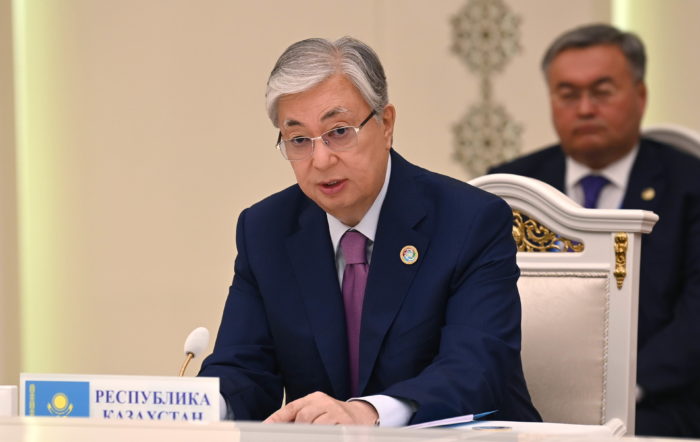 Tokayev noted that Kazakhstan is open for mutually beneficial cooperation in the development of transport communications within the region. Photo credit: Akorda Press.

“It is necessary to increase trade between our countries and expand the range of goods. Kazakhstan can increase export deliveries to Central Asian countries up to $1 billion. I believe that other countries in the region have similar reserves. We propose to unite efforts to create a single commodity distribution network integrated into the transport corridors of Central Asia. The new infrastructure with distribution and agrological centers will allow coordinated deliveries of goods to the markets of the Eurasian Economic Union, the CIS and other countries,” said Tokayev.

The President said that the Central Asia International Center for Trade and Economic Cooperation launched on the border of Kazakhstan and Uzbekistan is a perfect example of cooperation in this direction.

The region should operate as “a connecting bridge between Asia and Europe.” Kazakhstan is consistently developing the transit capabilities of the Trans-Caspian international transport corridor.

The second tracks will be built and the Dostyk-Moiynty railway section will be electrified by 2025. As a result, the throughput of the corridor will increase fivefold. The Kazakhstan – Turkmenistan – Iran railway provides the shortest route to the countries on the Persian Gulf.

The flow of containers along the trans-Caspian routes has increased more than 13 times over the past three years. Kazakhstan plans to create a container hub at the Aktau port and attract the world’s leading operators including Cosco, Maersk, CMA CGM and other companies.

“The country is open for mutually beneficial cooperation in the development of transport communications within the region,” noted Tokayev.

It is reported that the countries will sign the Treaty on Friendship, Good Neighborliness and Cooperation for the Development of Central Asia in the 21st century, which aims to strengthen the unity in the region.

“Our main goal is to make Central Asia a stable, economically developed and prosperous region. I believe we will be able to overcome all difficulties and achieve this goal in the spirit of friendship, good-neighborliness and mutual trust,” he said.

The agenda of the event included the issues related to the intensification of interstate partnership in its key areas and regional and global topics. The event marks the next important stage in cooperation between the countries of Central Asia, the formation of effective long-term mechanisms of interaction, the concrete definition of paramount problems, the creation of necessary conditions for sustainable development of the region, and its accelerated integration into world processes, reported the Turkmenistan Today information agency.

President Tokayev also met with president Berdimuhamedov as part of his working visit to Turkmenistan.

Kazakh President noted that Turkmenistan is a strategic partner for Kazakhstan.  “We have long-term and strategic projects. During further negotiations, we will definitely pay attention to the further development of bilateral cooperation… I have no doubt that the upcoming negotiations and signing of agreements between our countries will give a very serious impetus to further strengthening cooperation between our fraternal peoples and countries,” said Tokayev.

The second Economic Forum of Central Asian Countries, the Dialogue of Women of the Countries of the Region, an exhibition of goods and national dishes were also held as part of the summit.

The first Consultative meeting of the heads of Central Asian countries was held in the Kazakh capital in 2018. The event was initiated by President of Uzbekistan Mirziyoyev with the support of Kazakhstan’s First President Nursultan Nazarbayev.