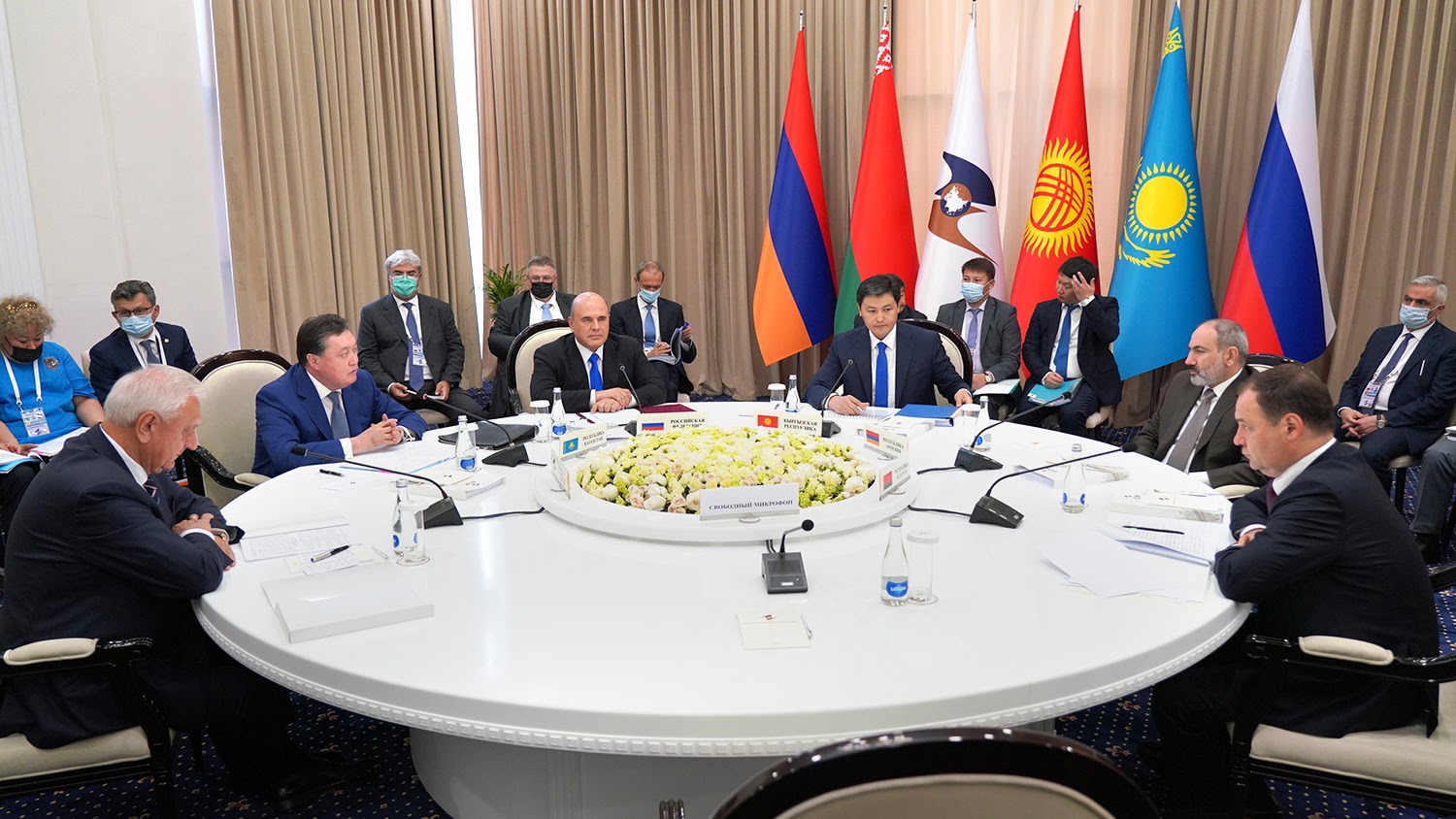 The next meeting of the council is scheduled for October. Photo credit: primeminister.kz

The risks stemming from the ongoing pandemic could be more long-term than expected, said Mamin.

To address it, Mamin, who also chairs the council, stressed the need to update the measures that the union adopted in April last year to ensure economic stability. The proposals are to be submitted by the next meeting of the council in October.

Mamin also noted that the main economic indicators of the Eurasian Economic Union are steadily recovering, as mutual trade within the Union amounted to nearly $33 billion between January to June, 32 percent more than the same period last year. The volume of trade with other countries increased by 24.5 percent reaching $371.1 billion.

The member states also saw their cargo turnover rise by 4.6 percent as transit flows rose as well. Along the Europe – China – Europe route alone, the volume of container shipments through the territory of Kazakhstan grew 47 percent between January and July this year amounting to 381,400 TEU (twenty-foot equivalent unit).

He also urged his counterpart to take more urgent measures to ensure stability in the food market, building the capacity of the union to produce agricultural products and expand to foreign markets.

“A qualitative approach in the implementation of these tasks will allow our macro-region to ensure food security and declare itself as one of the most important food hubs in the Eurasian space,” said Mamin.

He also stressed the need to promote green projects and green financing in the Eurasian Economic Union in partnership with leading financial institutions.

At Kazakhstan’s initiative, the meeting participants agreed to create a regional organization for accreditation aimed at consolidating the activities of national conformity assessment bodies in the Eurasian space, to save time and financial resources, and to remove technical barriers to trade.

Russian PM Mikhail Mishustin suggested creating a high-level working group to develop the proposals of the Eurasian Economic Union member states related to the climate agenda. He called on officials to unite the efforts of the union’s countries on this track.

The meeting also approved a plan of action to create a common market for organic agricultural products within the union, a plan of action for implementing the guidelines and stages of a coordinated transport policy of member states in 2021-2023, and a plan for priority measures for the digitization of freight rail transport to promote trade and economic cooperation between the Eurasian Economic Union and China.