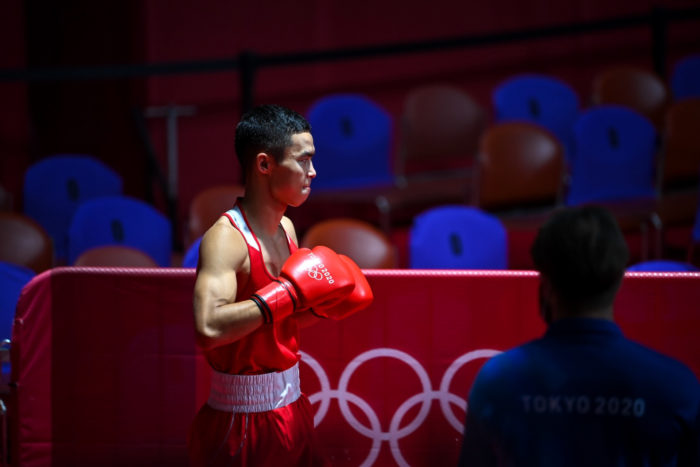 Saken Bibossinov is the bronze winner of the Olympic Games in Tokyo. Photo credit: Olympic.kz.

On Aug. 5, Bibossinov lost to the UK’s athlete Jalal Yafai in the men’s fly (48-52kg). Bibossinov got knocked out in the first round leading Yafai to win it with a score of 5:0.

Bibossinov won the second round with a score of 3:2. The third round was also clearly won by the Kazakh boxer, but not by the judges who thought otherwise. As a result, the British fighter won by a split decision – 3:2.

“In the semifinals, I gave it my all to win. In the first round I made a mistake, but I fought back hard in the second and third, where I tried to turn the tide. I dreamed that the anthem of Kazakhstan would be played in Tokyo, but I did not have enough in me to win,” Bibossinov told Sports.kz after the match. 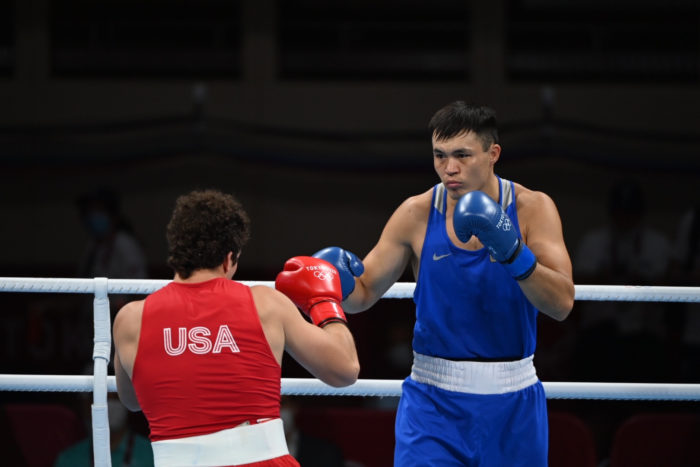 “Kunkabayev is 6-foot-3, a two-time silver medalist at the world championships who has started a professional career in which he’s 3-0 with three knockouts,” wrote the Washington Post observer Les Carpenter. “But Torrez was fast and strong and willing to follow the strategies constructed by his U.S. coach, Billy Walsh, and his father and personal coach back home.” Photo credit: Olympic.kz.

Bibossinov is the bronze medalist of the 2019 World Championship in Yekaterinburg. He also took third place at the Asian Championship  in Dubai in 2021.

The day before, captain of the Kazakhstan boxing team Kunkabayev, fighting in the over 91 kilograms weight category, clashed with American Richard Torres Jr. in the semifinals.

The opponent fought a good fight, quickly putting Kunkabayev on the defensive. In the second round, Kunkabayev was knocked down, causing the fight to be stopped.

As a result, Kazakhstan’s boxing champ was stopped short at the third position despite a stellar performance in the quarterfinals where he defeated the Russian, Ivan Veryasov. In the round before that, the team captain defeated the Egyptian Esri Mostafa Rezka.

Kazakhstan’s national boxing team for the first time in its history failed to win gold medals at the Olympics.