By Zhanna Shayakhmetova in Kazakhstan Region Profiles: A Deep Dive Into the Heart of Central Asia, Nation on 30 August 2021

NUR-SULTAN – The Atyrau region contributes 88 percent of industrial products and attracts approximately 30 percent of investments to Kazakhstan, said Kanysh Mambetov, acting head of the Department of Entrepreneurship, Industrial and Innovative Development of the Atyrau region.

The city of Atyrau. Credits: Kazinform.

“The first large investment projects were implemented in the Atyrau region. This impacted the economic and energy security of our country. Currently, the region is developing dynamically. The share of its economy in the national gross domestic product exceeded 10 percent,” said Mambetov.

Two major projects in the oil and gas industry, Tengiz Future Growth and the capacity expansion project in the Kashagan Field projects, are competitive advantages of the region.

The Special Economic Zone National Industrial Petrochemical Technopark contributes to the development of the manufacturing industry in the region. A project by Polymer Production for the production of biaxially oriented polypropylene film has already begun operating. Four more projects in petrochemicals are planned. 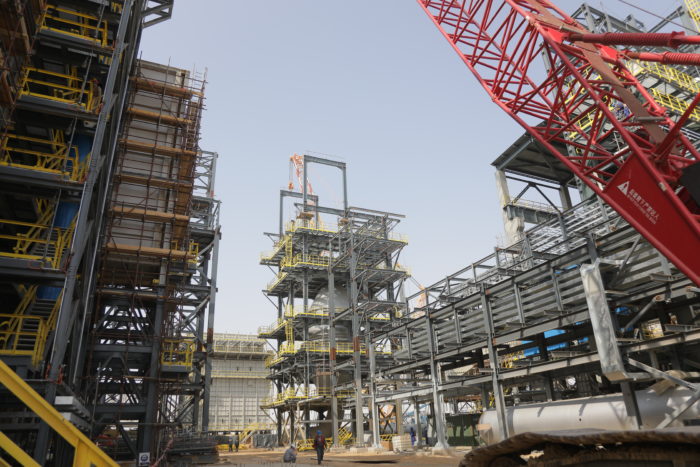 The construction of Kazakhstan Petrochemical Industries, the polypropylene plant.

The region has a pool of investment projects for 2021-2025 for a total of 8.7 trillion tenge (US$20.4 billion) received through private investment.

This year the following projects are being implemented:

– The construction of a plant for the production of granular sulfur in the Zhylyoi region by Neftstroiservice;

– The construction of a factory for the production of organic fertilizers from food waste in the Zhylyoi region by Caspian Group Construction;

– The construction of an integrated gas chemical complex (phase one – polypropylene) by Kazakhstan Petrochemical Industries;

– The production of dry building mixtures by Isi Gips Inder;

Kaspi Bekiresi Limited fish farm is engaged in growing the sturgeon fish species. The production capacity of the enterprise is expected to increase to 30 tons of fish meat and 3 tons of caviar per year. Credits: PrimeMinister.kz.

A workshop for the production of woven and extrusion geosynthetic materials in the city of Atyrau was launched June 10, with the participation of the Russian investments of Ultrastab and the Kaspii State Enterprise for a total amount of 5 billion tenge (US$11.7 million).

In foreign trade, the Atyrau region carries out cooperation in various economic sectors with the United States, the United Kingdom, Italy, the countries of the Eurasian Economic Union, Canada, France and others.

Between 2016-2019, foreign direct investment to the region increased from US$8.6 billion in 2016 to US$10.5 billion in 2019. However, in 2020, their volume decreased two times (US$5.5 billion). The reason for the decrease was the completion of the construction of the Future Growth Project by Tengizchevroil. The coronavirus pandemic also caused the suspension of investments of many companies until the stabilization of the situation. 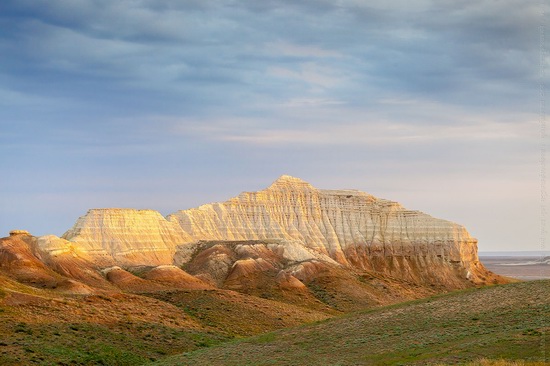 To facilitate the growth of investments and diversify the region’s economy, the local government is working on creating industries around the oil and gas sector, primarily the petrochemical cluster. The region also needs enterprises for deep processing of hydrocarbons. The agro-industrial complex, tourism and renewable energy sources (RES) are promising areas of development in the region.

Along with oil and gas industry products, a bulk of the region’s exports consist of fish and fish products. In 2020, of the total 11,000 tons of fish caught, 98 percent was processed and exported to Russia, Ukraine, Azerbaijan, Israel, as well as to the domestic markets of Kazakhstan (Aktobe, Aktau, Almaty, Nur-Sultan, Shymkent, Uralsk).

Tourism is also one of the priority sectors in the region. The government developed a Comprehensive Plan for the Socio-Economic Development of the Atyrau region for 2021-2025, which envisages the implementation of 11 investment projects in tourism. Those include an ethno-park, family amusement park and leisure park in the city of Atyrau, a visitor center, a recreation center, a sanatorium and recreation complex on Lake Inder, camping site, campgrounds, tourist fishing base and reconstruction of existing facilities. The projects should contribute to the creation of more than 300 jobs and increase domestic and inbound tourists to 80,000 people per year.

In 2020, 67,955 domestic tourists visited the region, which is almost 10 percent less than in 2019. Inbound tourism suffered a significant decrease – 16,579 visitors, which is less by 158,509 people compared to 2019. The decline can also be explained by the pandemic causing international and domestic restrictions.