NUR-SULTAN — Cambridge Fitzwilliam Museum, United Kingdom, has unveiled more than 300 artefacts from three burial complexes in the East Kazakhstan region for the first time after their discovery on September 28, according to the BBC News and leading British news outlets. 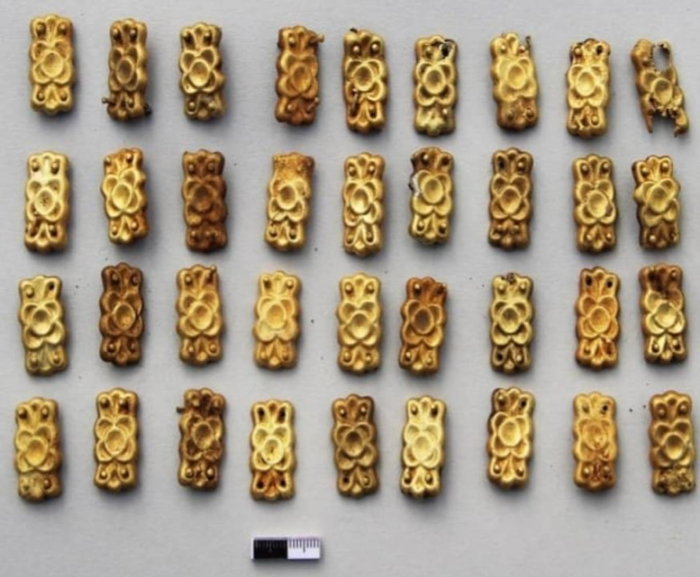 Kazakh archeologist Zeinolla Samashev along with other scientists and students led the excavations for the last three years at three burial complexes named Eleke Sazy, Berel and Shilikty.

“Gold artefacts belonging to ancient warriors buried about 2,700 years ago are being displayed in the UK for the first time. The treasures from Saka burial mounds in East Kazakhstan will be on show at the Fitzwilliam Museum in Cambridge. Items including jewellery and horse harness ornaments will be displayed and researchers will be studying them using non-invasive technology,” reported BBC News.

“The Gold of the Great Steppe exhibition will showcase what the museum described as ‘an archaeological sensation’ on the global stage for the first time – hundreds of outstanding gold artefacts recently discovered in ancient burial mounds built by the Saka in East Kazakhstan,” reported The Guardian.

The highlight of the exhibition will be a reconstruction of the burial of a teenage archer. Although many mounds were looted over time, the boy’s burial remained intact due to a rockfall that covered the view to the burial for 2,500 years. He was buried with a younger female relative. According to the museum, the burial is the second intact Saka burial discovered in Kazakhstan.

The Daily Mail clarifies that the exhibition will feature over 300 artifacts, some of which are made up of thousands of tiny parts. In total, more than 15,000 pieces of gold jewelry and other valuable historical items have been unearthed. Fitzwilliam Museum’s Director Luke Syson described the loaned artefacts as “incredibly important.”

“We look forward to bringing the extraordinary culture of the Saka people to life for our audiences and are grateful to our partnership with East Kazakhstan without which enlightening exhibitions such as these would simply not be possible,” he said.

“The exhibition will give visitors the opportunity to see and understand the rich history of a country roughly the size of Western Europe,” reported The Times.

Akim (Governor) of the East Kazakhstan region Danial Akhmetov stated that the exhibition will demonstrate the archaeological discoveries of Kazakhstan in recent years.

“It has been proven that the Saka created truly unique jewellery masterpieces, using technological processes that were advanced for their time, constructed grandiose and exceptionally complex religious, funerary and memorial monuments,” he said, reported The Guardian.