By Dana Khissimova in Astana on 6 August 2021

NUR-SULTAN – The Employment Center of the Nur-Sultan city has observed positive employment dynamics, according to the city administration. As a result, nearly 7,000 people have been employed. 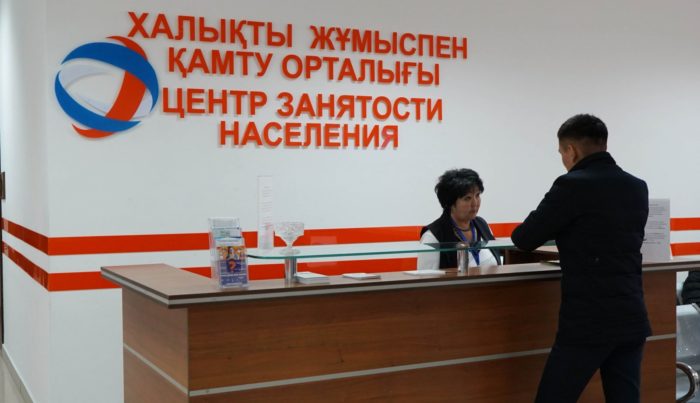 The office of the Employment Center in the capital.

People of different ages and backgrounds visit the center daily. Since the beginning of the year, approximately 12,000 jobseekers have applied.

In addition to the state programs, a number of programs are being implemented in the Employment Center, including the First Workplace Project. The goal of the project is to provide young people with the necessary working skills and adaptation at their first workplace. The participants of this program are graduates who are looking for work for the first time, unemployed young people under 29, including those who do not have work experience.

“The duration of the program is at least 24 months. The amount of the subsidy (salary) per month from the local budget is the monthly calculated index (MCI), which is 58,340 tenge (US$137). By now, 37 people have been employed by the state under this program,” said Murat Amanchiev, Deputy Director of the Employment Center of the Mayor’s Office of Nur-Sultan.

Graduates of universities have the opportunity to pass a youth internship, where they will be able to get initial work experience after graduating from the university. A student can take part in an internship for three years after completing the studies at the age of 29. The duration is less than six months. The monthly salary is 25 MCI. In 2021, the center helped 497 people with their employment.

Unemployed citizens who do not require prior professional training can temporarily participate in public works. The duration of the work typically lasts less than 12 months. 2,387 people were employed in the previous round.

Social jobs are also being created for unemployed citizens, including members of low-income and large families, persons raising children with disabilities and other people among socially vulnerable segments of the population with subsidized wages. The duration of the project is around 12 months. The monthly amount of subsidies is 35 percent of the established salary.

As of July 30, 5,252 unemployed citizens are registered with the Employment Center.

There is also a shortage of personnel in the healthcare sector as doctors of various specializations, nurses and pharmacists are needed.

Work is available in the field of trade as sellers, cashiers, managers, supervisors and merchandisers.

The top 10 popular specialties include teachers, caregivers, doctors, accountants, drivers and other professions.

The Employment Center also hosts job fairs. Employers have noted the effectiveness of fairs, thanks to which the number of calls and appointments for interviews significantly increases.