By Saniya Bulatkulova in Sports on 25 August 2021

The 16th Summer Paralympic Games started on Aug. 24 and will continue through  Sept. 5. Twenty-five Kazakh athletes from seven sporting events will take part in the games. This is a record number of participants in the history of independent Kazakhstan. 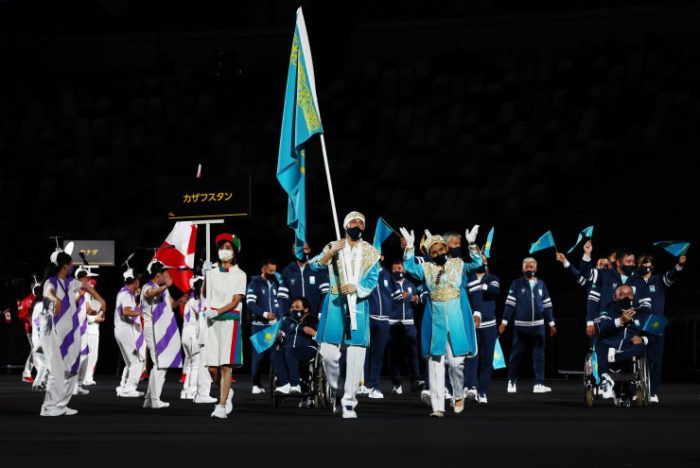 The Paralympic national team of Kazakhstan at the opening ceremony. Credits: Olympic.kz.

Overall, the participants of the Paralympic Games will compete for 539 medal sets in 22 sporting events.

The Paralympic national team of Kazakhstan went to Japan on August 20, reported the National Paralympic Committee. 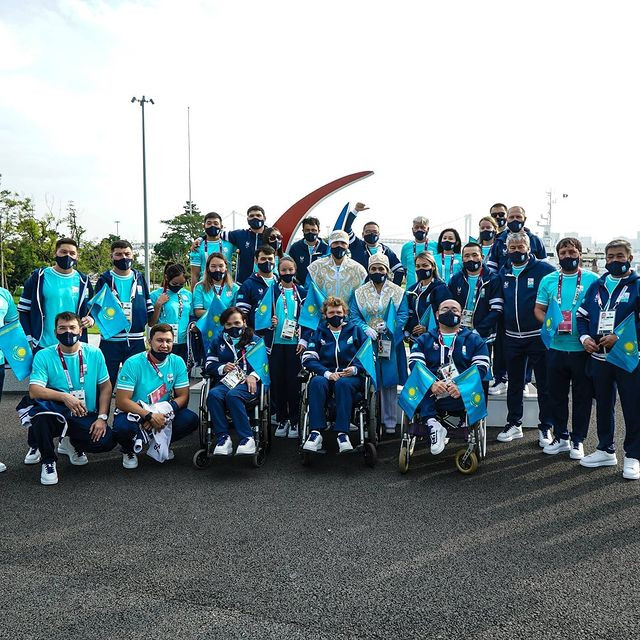 “Each of you is already a winner. People are proud of you… Approximately 20,000 people are involved in Paralympic sports and 500 of them joined the national team,” said President Tokayev during the meeting with the athletes on July 29.

“Before departure, all athletes underwent a two-week quarantine and final competitions in Almaty and Almaty region. Last days before the games they spent in isolation without direct contact,” said Erlan Suleimenov, General Secretary of the National Paralympic Committee.

Kazakh athletes have won seven medals in swimming, six medals in judo, five medals in powerlifting, three medals in Taekwondo, among others.

The International Paralympic Committee granted another medal to Kazakh para-judoman Erlan Utepov (100 kg). Erlan is an international master of judo, and the winner of the 2019 Asian and Oceania Championships.