Sovereign Kazakhstan is Major Legacy of Its First President

By Yerzhan Saltybayev in Kazakhstan’s Independence: 30 Years, Op-Ed on 16 July 2021

Young people who were born and raised in the era of independent Kazakhstan perceive the very fact of the existence of their own state as a given. But the generation over forty still remembers the times when Kazakhstan did not have sovereignty, and all decisions were made for us by others. 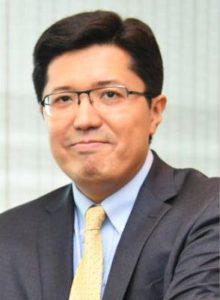 In fact, today’s sovereign Kazakhstan is the most important historical heritage that Nursultan Nazarbayev leaves us as the First President of the country. In this article, we will try to determine the basic elements of sovereignty that were laid down by the Elbasy and thanks to which the nation has all the necessary prerequisites for further successful development.

The modern international system of nation-states dates to the Westphalian system with reference to the Treaty of Westphalia in 1648. As a result, for more than 370 years, the concept of state sovereignty has been a key principle in international relations.

In recent decades, the voices of those who claim that national sovereignty has lost its former significance in the face of globalization have increased. However, the pandemic and other crises of recent decades have clearly shown that it is the sovereign national state that is still the main guarantor of the security and well-being of any modern society.

So, what are the basic elements of State sovereignty?

The existence of a stable and unshakable external perimeter of the country’s territory is the foundation of sovereignty. On this basis, the state acts as a real and equal participant in the system of international relations – ranging from trade to military arrangements.

During the years of his presidency, Nazarbayev has achieved a historic result in its significance and scale, once and for all solving the issue of the state borders of Kazakhstan along its entire perimeter. It should be recalled that this is a line of more than 13,000 kilometres.

Elbasy clearly understood that the border issues needed to be resolved as soon as possible: the young state had no time to “sway”. Kazakhstan was in a difficult economic situation and needed to attract investments, which were known to require guarantees of stability. Especially with its two giants neighbours, territorial disputes could discourage any serious investor from investing their capital in our country.

In addition, Nazarbayev realized that if he did not solve the border issue inherited from the Tsarist Empire and the Soviet Union, Kazakhstan would leave itself a huge problem for the future. It is obvious that in today’s geopolitical conditions when China has already become the first economy in the world with enormous military and political potential, it would be much more difficult to solve such issues.

As a result, having promptly removed all border issues with all its neighbours, Nazarbayev laid a solid foundation for the further development of Kazakhstan.

The second element is active and autonomous foreign policy.

From the first days of independence, Elbasy considered active participation in international affairs as a key to ensuring Kazakhstan’s sovereignty on the world stage.

Kazakhstan was able to build balanced and mutually beneficial relations with all key geopolitical players. This strategy has already acquired doctrinal importance for our country.

Today, against the backdrop of the West’s growing geopolitical conflict with Russia and China, this aspect is of particular relevance.

As can be seen from many cases, not every country has sufficient space for manoeuvre to avoid being drawn into a global confrontation of superpowers.

Another important area of strengthening national sovereignty is the systemic advancement of economic integration in Eurasia.

Elbasy has always had a clear vision on this issue: integration is not a concession in national sovereignty, but a tool for expanding its potential by creating a system where all participants are bound by interdependent relationships.

In effective macro-regional integration, Nazarbayev saw many strategic opportunities for the ninth largest state in the world, which has no direct access to the world ocean and has a limited domestic market.

Our country’s membership in the Eurasian Economic Union (EAEU), as well as active participation in the development of the global Belt and Road Initiative, became clear examples of success.

The third element is a sound economic basis for development.

As history and modern practice of international relations show, the threat of loss of economic sovereignty often precedes the loss of political sovereignty of the state.

Nazarbayev, who managed to successfully lift the country out of the economic crisis of the 1990s, has always been clearly aware of this issue. That is why the principle put forward by him “first – economy, then – politics” has become decisive for the development of Kazakhstan.

At the same time, strategic, long-term issues of economic stability have always prevailed over short-term interests. A striking example is the decision of Elbasy on the establishment of the National Fund in 2000. Recall that not everyone then supported Nazarbayev’s initiative, putting forward openly populist ideas of distributing the accumulated money.

Time and the crises that have repeatedly arisen over the past decades have fully proved the far-sightedness of the approaches of the First President. Maintaining economic sovereignty requires systematic and long-term planning, including the creation of solid financial reserves, which act as a safety cushion for the country in times of crisis.

The fourth element was sustainable political institutions reflecting the culture and values of the country.

Misguided political experiments led to the fact that the manageability and stability of several post-Soviet states were significantly undermined, as a result their sovereignty and territorial integrity were gravely threatened.

Kazakhstan has taken a different path. For Nazarbayev, the effectiveness of the political system was determined not by its compliance with some abstract “standards of democracy”, but by its ability to ensure stability, which creates conditions for progressive development.

At the same time, the leader of Kazakhstan was able to harmoniously combine two parallel processes: maintaining reasonable conservatism in the field of political reforms while maintaining liberalism in the economy. It was this combination that at one time became one of the key factors for the success of the so-called “Asian tigers” represented by South Korea and Singapore.

An illustrative indicator of the effectiveness of the established political system of the country was the successful transit of power, carried out on the initiative of Elbasy in March 2019.

The election of the new President Kassym-Jomart Tokayev has not only become an indicator of the maturity of the Kazakh political system, but also an important condition for the confident and consistent continuation of the state development course laid down by the First President.

The fifth element is a national idea that consolidates society.

It must be recognized that this issue has traditionally been highly controversial. The authorities are often criticized for allegedly not presenting a clearly formulated national idea. However, the national idea is not a book or an ideological text. The time of such “classical forms” has long passed.

In the modern world, the national idea is often a kind of conceptual framework. It allows you to unite all members of society, each of whom can find something of his own in it. In this sense, a certain “abstractness” of the national idea is necessary for its effective existence.

Since the first days of Kazakhstan’s independence, Elbasy has sought to instil in our society the desire for constant development and modernization. It is this agenda of continuous modernization, based on unique historical and cultural heritage that became the ideology of Nursultan Nazarbayev, which united all Kazakhstanis.

As he has frequently emphasized: “It is one thing to declare independence, quite another – a much more important and difficult thing – to defend it.” Kazakhstan’s strategy to strengthen its sovereignty has historically proved its success and effectiveness.

Over the past 30 years, our country has faced many difficulties. New challenges and complex tasks are inevitable. However, behind the noise of today’s burning problems, we should not forget the main thing – for the first time in centuries, we have found our own sovereign state. Sovereign Kazakhstan is the main historical heritage, the Amanat* of Elbasy, which he leaves to the nation. The mission of the current and future generations of political leaders is to preserve and multiply this heritage.

* Amanat in Kazakh mean something that is dear and precious to its possessor and is given to a faithful person to keep it safe.

Yerzhan Saltybayev is a Director of the Institute of World Economics and Politics (IWEP) under the Nursultan Nazarbayev Foundation.