in Kazakhstan Region Profiles: A Deep Dive Into the Heart of Central Asia, Nation on 18 July 2021

NUR-SULTAN – Automatic cameras recorded snow leopards in the Katon-Karagai National Park and on the Dzhungarsky Alatau ridge in East Kazakhstan for the first time in five years, reported the press service of the World Wide Fund (WWF) Representation in the Altay-Sayan region on July 13. 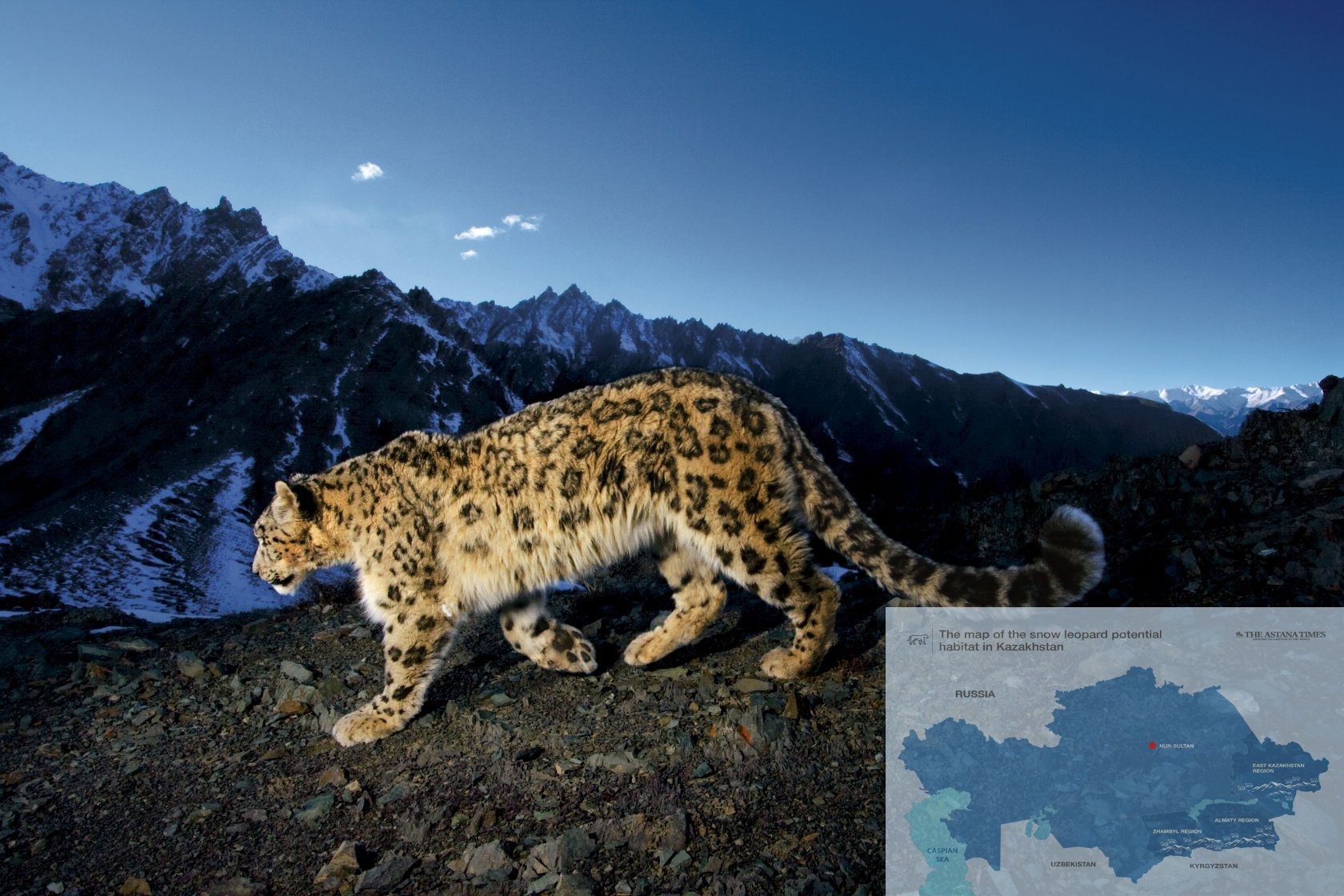 Snow leopard can jump a distance of 15 meters, surpassing in this even a puma, which jumps a maximum of 12 meters. Click on the picture to see the map. Photo credit: National Georgaphic / Steve Winter.

“Photographic evidence of the presence of the snow leopard in East Kazakhstan is great news. The last traces of the snow leopard’s presence in the Kazakh part of Altay were obtained in the winter of 2017 near the Russian-Kazakh border. These were the footprints of a female with a cub. Then there were no tracks of a snow leopard until 2021,” said Alexander Karnaukhov, senior project coordinator of the WWF Representation in the Altay-Sayan ecoregion.

The reasons for the absence of snow leopards on the cameras’ radar could include poaching and the fact that the area covered by the cameras constitutes a periphery of the snow leopard’s usual habitat.

Kolsay Lakes National Park in the Almaty Region also reported photographic evidence of the three snow leopards on its territory on July 13. This national park is reported to be home to at least 16 snow leopards that were previously caught on cameras last June and October.

The snow leopard is considered endangered wildlife that is protected by the legislature in Kazakhstan. There are approximately 120-130 snow leopards in the country and 7,000 around the world.

East Kazakhstan is a place of migration for snow leopards and other rare animal species from Central Asia to the Altay mountains and vice versa. The irbis has become a symbol of the Altay and Sayan mountains at the junction of Russia, Kazakhstan, Mongolia and China.

This year, the researchers walked and drove 200 kilometers through the territory of the Katon-Karagai National Park and visited the mountain systems of the Southern Altay, Tarbagatai, Dzhungarskiy Alatau, Tien Shan while searching for the rare spotted predator.