NUR-SULTAN – The Danish company Lego, one of the world’s leading manufacturers of play materials, released a video about Dias Muratov’s life and journey with Lego. Muratov, an 11 years-old boy from Kazakhstan, who found his interest in robotics, construction, and Lego while fighting a brain tumour from the age of three. 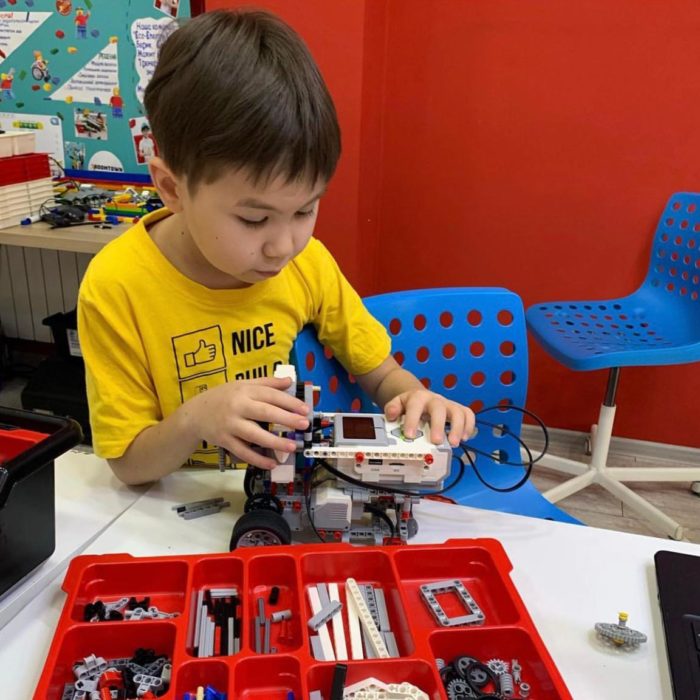 “I am sure that Lego for me is not just a hobby and the meaning of my life. Lego is also the source of my health. I want to share this story, and if the Lego construction hobby helped in my life, then, it will help others who got into similar situations,” said Muratov.

In February 2021, Muratov got a message on his Instagram page from London-based Mark Summers Casting company with an offer to participate in a casting for the Lego Bricks commercial project.

“Dias and I wrote about his story and a couple of days later we were contacted, Dias was asked to be interviewed. A month later, we received a letter that the Lego group was interested… Later a letter came that Dias was going in for the final shoot,” said the boy’s mother Aida Artykbayeva.

“Dias was born healthy, grew up, and developed like all his peers. At the age of three, headaches and dizziness appeared. On February 19, 2014, an MRI examination revealed a brain tumor,” said Artykbayeva. 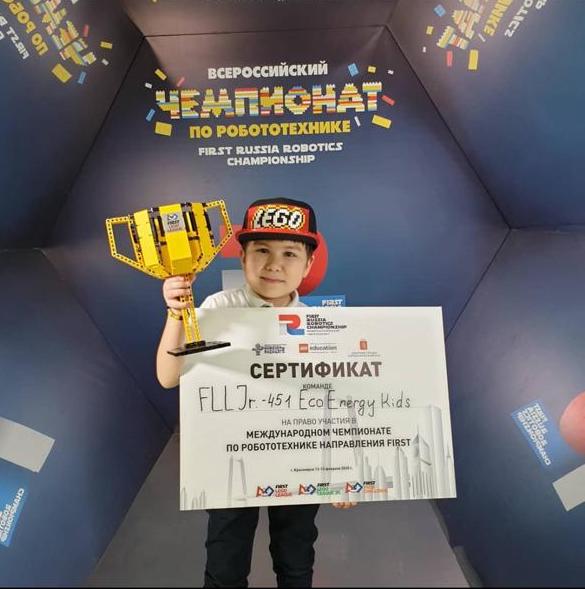 Muratov also enjoys participating in competitions and classes on robotics.

Since then, Muratov has had three surgeries, received 30 sessions of radiation therapy, and was anesthetized 56 times. His family were able to fight the tumor with the moral and financial support and help from family and friends, to which his parents are deeply grateful, noted Artykbayeva.

Doctors warned his parents that this would later affect his memory, speech, and thinking. During the rehabilitation period, he began to engage in Lego constructors that distracted him from his illness and daily medical procedures.

“When Dias was undergoing treatment and rehabilitation, he could not run and jump and play like other children, his older brother suggested that he try to assemble a construction set, and since those days, Dias has been building sets from Lego all the time and coming up with his designs,” said the boy’s mother.

Because of Muratov’s growing interest in Lego construction, his parents took him to LEGO® Education afterschool programs in Almaty two years ago. At the same time, Artykbayeva started an Instagram page @lego_dias, where Muratov was able to show his Lego creations, share his interest and achievements with others and eventually make many friends.

“Dias spent much time with Lego, constructed, made his designs, and all these were intuitive and without any training. Therefore, we began to look for a center in Almaty, where he would receive professional skills, how to do programming, and correctly name the details,” said Artykbayeva.

“This is the first time we’ve seen such a large-scale lego-related competition,” said Artykbayeva about the competition in Krasnoyarsk. “There the team was able to take a prize-winning place and won the quota for the world championship in the US in Detroit.”

The competition did not take place due to the pandemic, but the team is preparing for the new season next year.

“The team and the coach do not despair. They are waiting for the new competition topic for this season and also plan to prepare for it,” emphasized Muratov’s mother. “His team is dear to him. This gives him communication and expands his circle of friends. He communicates very well with all children, they are friends. They are his team and friends in spirit. All children who are passionate about robotics, Lego, and construction that is.”

Dias is homeschooled, but he has been actively involved in school life since the first grade.

“Although he does not know his classmates, the school always offers to participate in competitions. He defends the honor of the school in creative, intellectual competitions,” said Artykbayeva.

Along with that, Muratov is a volunteer. In 2017, he got acquainted with his schoolmates, children from an orphanage in Almaty. Since then, he visits his friends holding masterclasses and playing together.

“It happened in the first grade when we came to school to get textbooks. While standing in line for textbooks, Dias got into a conversation with children, as it turned out they were from an orphanage, but they also study at the school. They invited Dias to come visit… Then Dias demanded that we go as soon as possible because he was invited and we need to support the children,” said Muratov’s mother.

“It comes from his heart, [he wants] to support, communicate, tell them something, in response, they tell him something. It seems to me that this is his kindness, peacefulness, love in general for all living things, for the world, people, for animals,” she added.

Muratov continues his treatment as well as his journey with Lego. In the future, he wants to become a construction engineer or an architect. He also wants to open a Lego museum in Kazakhstan that is accessible for people with disabilities. He dreams of visiting Lego’s homeland in Billund, Denmark.

“Unfortunately, the tumor could not be removed. Dias continues treatment to maintain his health. Every year we do an MRI and follow-up. Five years have passed since the [last] surgery. Nevertheless, he considers himself healthy, this does not prevent him from enjoying life, doing something, learning about the world,” said Artykbayeva. “We [family] are always amazed by the strength of his spirit, love of life, and great kindness to people.”