LISBON – The relations between Kazakhstan and Portugal have been growing gradually. The year of 2019 was definitely a milestone with the foundation of the Kazakh embassy in Lisbon. 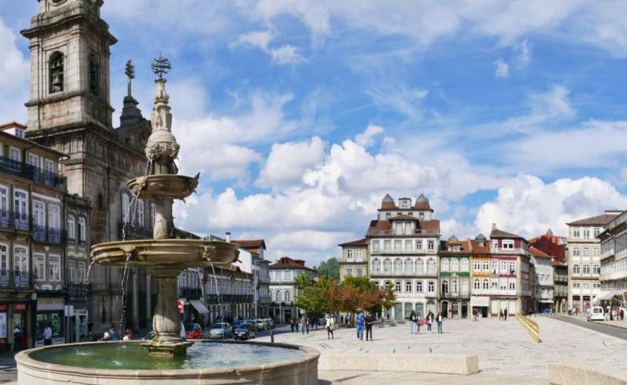 As part of the new strategy for Kazakhstan to strengthen its position globally, the main goal is to join the 30 most developed nations by 2050, with key sectors of the economy having been identified as having a relevant role to play in helping the country reach these objectives. The government is focusing on investments in technology with an emphasis on Information and Communications Technology (ICTs) and green technologies, and investments in solar power plants in Turkistan.

In addition to attracting foreign investments and developing its local industry, according to Ambassador of Kazakhstan in Portugal Daulet Batrashev, the country is also looking to deepen its relationship with European Union (EU), which is a key partner with an important impact on the Kazakh economy.

On June 4, Kazakhstan’s Honorary Consulate was inaugurated in the city of Guimarães, in northern Portugal. This consulate will support the Kazakh citizens and spread support to important northern cities such as Porto, Aveiro, Coimbra and Braganca. To support the consulate’s activities, the Portugal-Kazakhstan Business Center called Qazaq Sauda was also created, which promotes the economic relationship between the two countries.

In an interview with the Astana Times, Honorary Consul of Kazakhstan in Guimarães Gil Fernando Vieira, spoke more about the benefits of this mutual initiative.

What benefits do you see that can be brought to the development of the relationship with Kazakhstan with the opening of this new consulate?

The Portuguese industrial sector is located in the northern region of Portugal, and the historical pillar of “Portugal Birth” took place in Guimarães. The consulate’s main goal is the protection of Kazakh citizens in Portuguese territory, but we want to build bilateral relations in many areas such as education, training, culture, tourism, investments and economic relations in general. 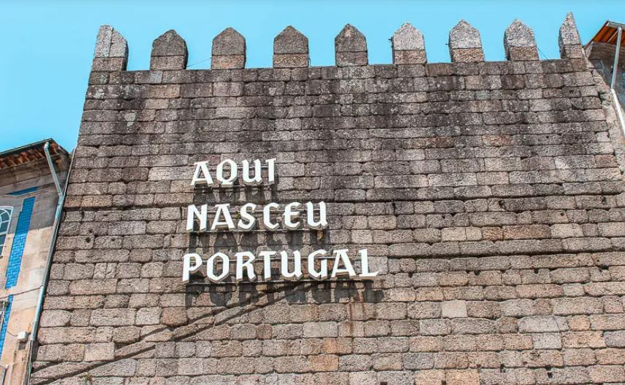 The wall of Guimarães Castle – “Here Portugal was born.”

As an example of this initiative, we began cooperation between the University of Minho and the University of Turkistan, which will result in the international exchange of students. Also, the Portuguese industrial infrastructure has new technologies that are up to par with European standards, located in the north and center of the country, and we want to promote these Portuguese companies to Kazakh entrepreneurs to develop new industries in both countries.

Guimarães and Turkistan are considered sister regions. What cultural and economic goals can be achieved in the coming years between these cities?

We chose the location of this consulate because Guimarães is in the district of Braga and it is close to all regions of the jurisdiction with other districts and municipalities. On top of this we want to start building touristic and cultural itineraries promoting all districts of the consulate jurisdiction, that include the entire northern region and center, which will enhance and stimulate attraction to attract people from both countries. Certainly, in the short term it is expected to have important economic impacts on trade, travel, transport, gastronomy and other areas.

What potential businesses can be promoted with the intention to increase the presence of Portuguese companies in Kazakhstan?

Portugal has many industries, high quality companies that are exporters to the global market.

Portugese companies are established in the country and abroad, and they export to neighbors’ countries of Kazakhstan. Portugal has the clear capacity to enhance its presence in the Kazakh market. Based on this we created a business center, named Qazaq Sauda, which is headquartered in Braga and works in partnership with many branches in both countries. This association will support the bilateral relationship. We believe that this association will overcome barriers through joint actions.

We see benefits through the stimulation of deals, lines of investment and cooperation between both countries.

It is also important to highlight that Portugal has good conditions for investment which are supported through European lines of investment and European funds with percentage to fund loss that is great for development programs.

Everything passes through cooperation agreements and Portugal’s presence is well adherent in the global market and we would like to expand this relationship with Kazakhstan for both countries to have mutual benefits and be closer.