NUR-SULTAN – More international air travel opportunities are now available for Kazakh citizens, as flights were launched to Armenia, Kyrgyzstan, and Uzbekistan, among other developments in the civil aviation industry. 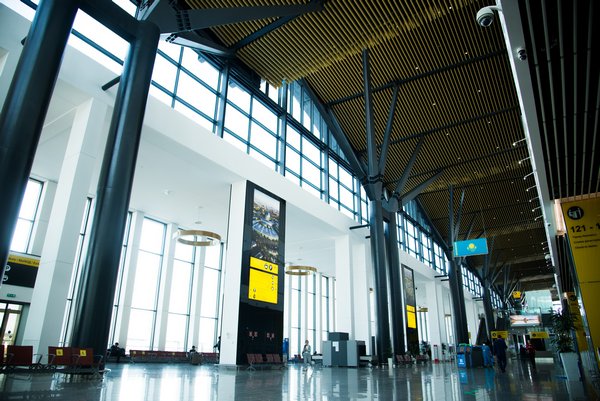 Kazakhstan’s SCAT Airlines resumed its Aktau – Yerevan route starting June 25. The flights are operated on Fridays on the Bombardier CRJ-200. The tickets are already on sale.

Starting June 23, the airline, which now flies to Turkey, Egypt, Russia, Uzbekistan, Armenia, Georgia, and the United Arab Emirates, also increased the number of flights on the Aktau – Istanbul route. The flights are operated on Wednesdays and Sundays.

“The unique azure mosques of Samarkand, centuries-old architectural masterpieces of Khiva, ancient citadels and luxurious palaces of Bukhara, historical and modern museums of Tashkent are now even closer,” said the airline in a statement.

From July 14, the airline will launch flights to Kutaisi from Shymkent. Flights will be operated on Wednesdays and on Sundays.

Kazakhstan also resumed its air travel with Warsaw. LOT Polish Airlines resumed flights on June 10 from Nur-Sultan to Warsaw and will fly once a week on Mondays on Boeing-737 aircraft.

As the summer season is close to its peak and the desire of people to travel is stronger after more than a year of the lockdown, the officials still urge people to limit their travel amid the worsening epidemiological situation and the spread of the new Delta variant worldwide.