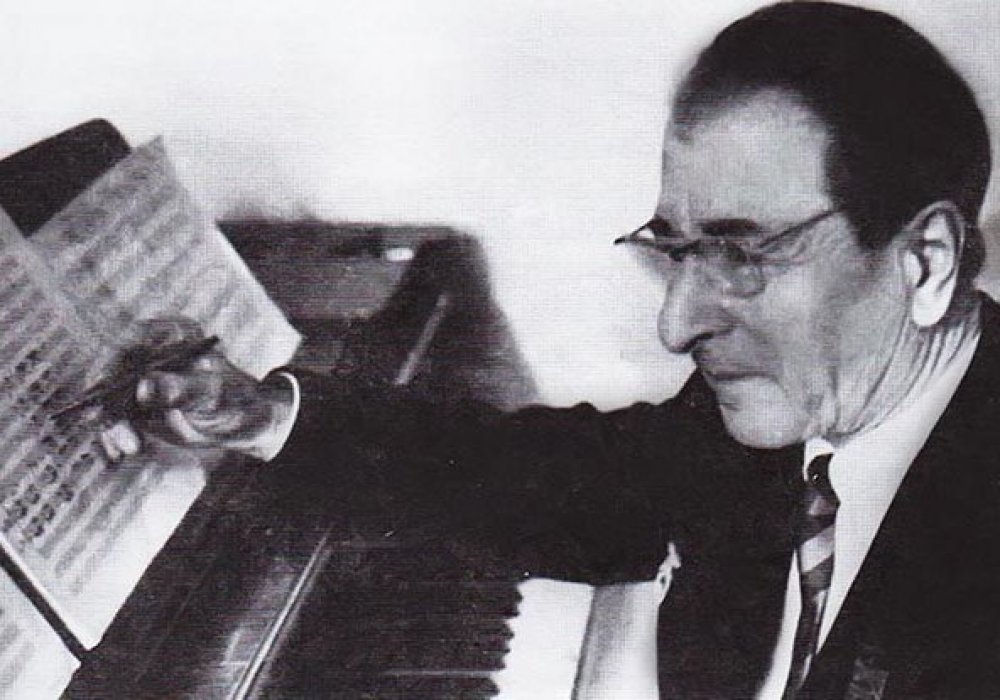 Khamidi was a talented creator of marches, waltzes and mass songs and an educator of many high professionals in the field of composition and instrumentation. He was a master of choral arrangements for Kazakh folk songs, operas and symphonic works. Khamidi was also a conductor and a musical public figure.

The composer wrote music for documentaries, popular science documentaries, feature films and drama performances. He composed more than 50 songs and romances. Following his own path as a discoverer, he transferred Russian and world culture elements to Kazakh music. Khamidi’s Kazakh popular songs mix the traditions of Kazakh folk songs and Soviet popular songs. 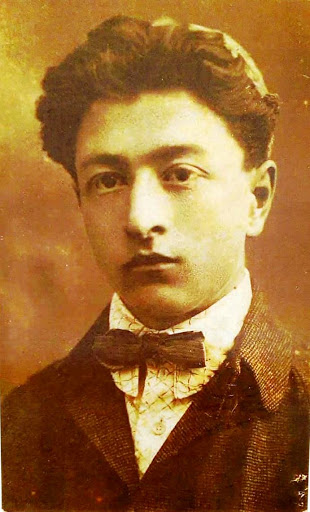 Khamidi was born on July 17, 1906, in the Buvali village of the Kazan province in (modern) Tatarstan. He went to school in 1913 when his family moved to Katta-Kurgan, an Uzbek town. His first music teacher taught him to play a mandolin. He also studied playing on piano and violin. After graduating from school, Khamidi attended the Tashkent Institute of Education, where he participated in ensembles and toured with them across Kazakhstan.

In 1927, Khamidi entered the theoretical and composer faculty of the First Moscow College of Music. There he met his fellow countrymen and made many friends. With one of his friends, great Tatar poet Musa Jalil, Khamidi started writing his very first songs and instrumental arrangements. He also put together musical performances at the Tatar Workers’ Theater in Moscow.

In 1933, the composer arrived in Almaty at the invitation of the leadership of the Kazakh State Drama Theater, where he began his career. Khamidi wrote music for the “Document” play by Tatar playwright Kazedinov. Chief Director of the theater Zhumat Shanin invited Khamidi to write songs and introduced him to the Kazakh poet Ilyas Zhansugirov. The composer also traveled with the theater to Semey in East Kazakhstan and met the great Kazakh poet, composer and philosopher Abai Kunanbayev’s nephew Igram Iskhakov, with whom he recorded 18 songs to use them later on with his creative works.

As a next step, Khamidi decided to go to Moscow again to study at the Tatar Opera Studio. After graduating in 1938, Khamidi took the advice of Kazakh literature classic Mukhtar Auezov and continued his career in Almaty directing the Kazakh Orchestra of Folk Instruments. He taught musicians of the orchestra to read musical notation. In 1940, Khamidi became the leader and conductor of the Kazakh State Capella. In the same year, he wrote “Kazakh waltz” for the “Dva Prazdnika” (Two Holidays) radio play by Kazakh poet, social activist, and academic Sabit Mukanov. It was the first waltz performed to Kazakh music. The work became legendary thanks to the performance of Soviet-Kazakh opera singer and actress of the drama theater Kulyash Baiseitova.

In 1942, during World War II, Khamidi worked at the Almaty College of Music and created patriotic songs. The next year, he directed the Kazakh People’s Orchestra of the Radio Committee. 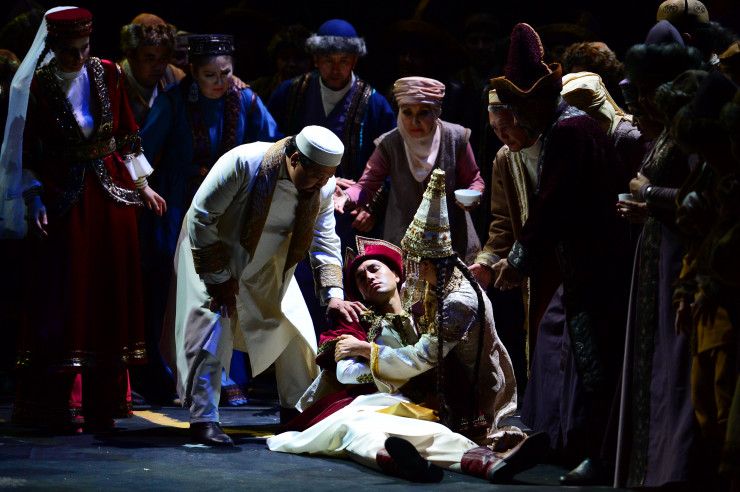 Heading the folk instruments department of the Almaty State Conservatory in 1944, Khamidi, together with Soviet musicologist, composer, conductor Akhmet Zhubanov, wrote the “Abai’” opera about the life and struggle of Kunanbayev, on the occasion of his centenary. The composers combined the use of folk songs and kyuis (Kazakh instrumental musical composition) and created one of the greatest achievements in the operatic art of Kazakhstan. Three years later, Khamidi and Zhubanov wrote the “Tulegen Tokhtarov” opera with Mukhtar Auezov’s libretto about the famous hero of World War II. The composers remained friends all their lives.

The works dedicated to Kunanbayev continued as well. In 1945, Khamidi wrote music for the “Songs of Abai” film and composed the “Bulbul” (Nightingale) song. This song-romance ended up becoming one of the most popular works of the composer. In the same year, in collaboration with composers Mukan Tulebaev and Yevgeny Brusilovsky, Khamidi wrote music for the anthem of the Kazakh SSR. In 1950, Khamidi also wrote the “Zhambyl” opera about the great Kazakh akyn (improvising poets and singers).

In the genre of instrumental music, Khamidi created music for piano, ensembles of folk instruments, and string quartet. He raised the dombra (Kazakh traditional string instrument) to the rank of virtuoso instruments.

In the music history of Kazakhstan, Khamidi remained both as a collector-ethnographer of Kazakh folk music and as an author of educational and musicological publications. He was one of the first to accurately record the best samples of Kunanbayev’s songs, as well as more than 200 folk songs and instrumental works. He made more than 100 adaptations of Kazakh, Tatar, Bashkir, Uzbek and Turkmen songs.

Khamidi also contributed to the development of Kazakh opera art. Along with the works mentioned above, the composer also wrote the “Zhambyl and Aykumis” musical piece and the “Balbulak” operetta.  In co-authorship with Kazakh arts expert and professor Bisengali Gizatov, Khamidi wrote the textbook “School of Playing a Dombra” and, with Soviet musicologist and professor Kahbidulla Tastanov, he wrote “Fundamentals of Conducting Skills” and other works.

In 1966, Khamidi received the title of People’s Artist of the Kazakh SSR. He passed away at the age of 77 on November 29, 1983. Children’s music school No.1 in Semey city is named after Khamidi.

“My father had three main hobbies: shooting movies with his camera, recording with his tape recorder and gardening. On the home plot, my father grew everything: fruits, flowers and vegetables. The soil attracted him, gave him strength and vigor. My father was also a great humorist. His phrases always contained a hint, a play on words, a double entendre. He called it laughter therapy. Perhaps, thanks to such scintillation, the father was fresh-faced and restless until he was 77 years old,” said the composer’s son Radik Khamidi in an interview with khabar.kz.