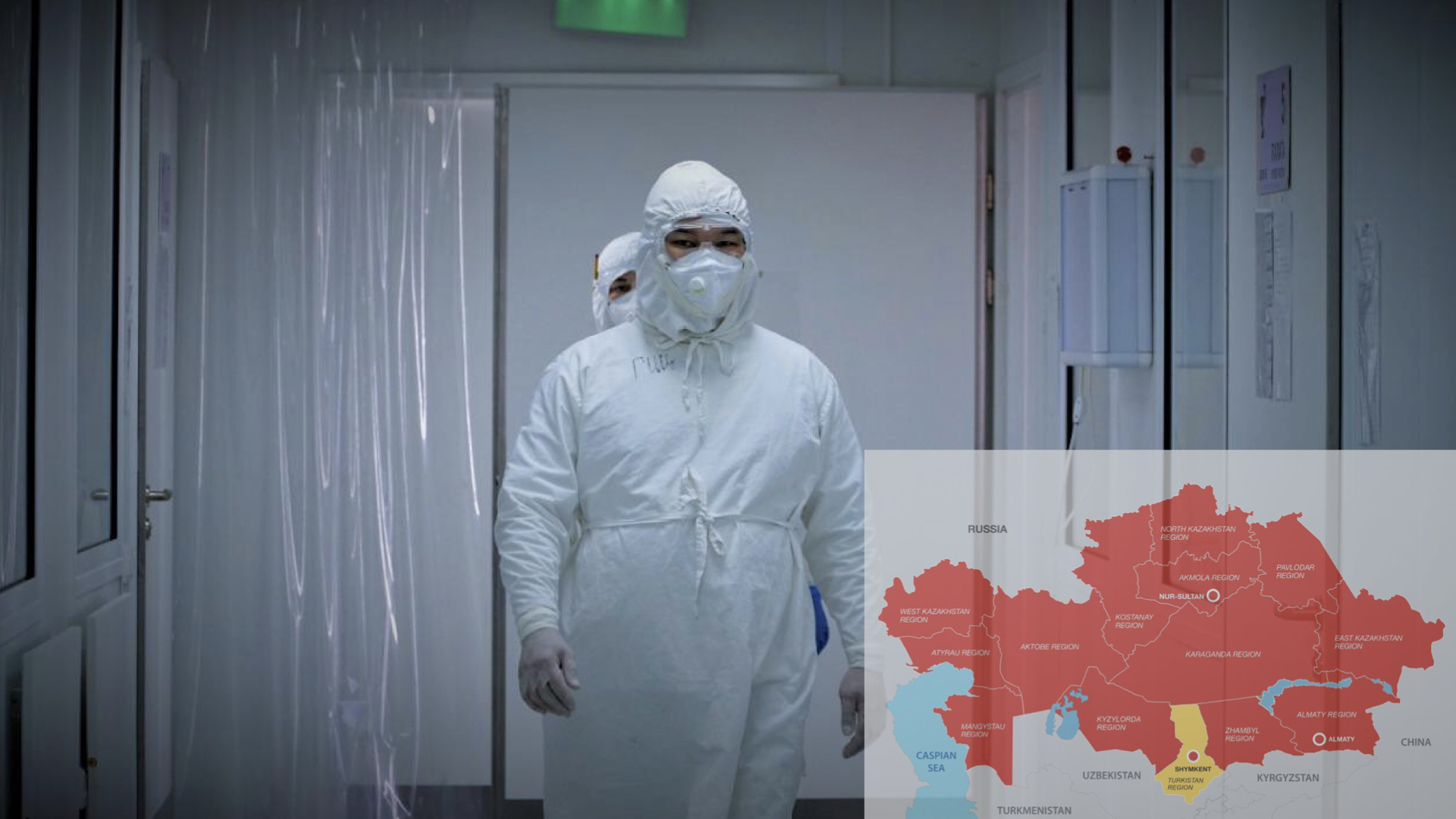 The officials say the epidemiological situation is getting worse than the previous year with more than 5,000 cases reported daily. Click to see the map in full size.

“Because of the mutation of the virus, only by vaccinating 80 percent of the people can collective immunity and the ability to resist the virus be formed. That’s 11 million people. This depends not only on medical professionals but also on the engagement of the population. It is possible to vaccinate 10 million people in two to three months,” she told journalists.

Coronavirus cases continue to rise in Kazakhstan with the more contagious Delta variant circulating in the country, said Kazakh Healthcare Minister Alexey Tsoy at the press conference. The average number of new daily cases increased by 4.8 times compared to June.

According to the matrix of the epidemiological situation, Kazakhstan has been in the red zone since June 26. All regions, except for the Turkistan Region, are in the red zone.

“As of July 23, compared to July 1, there is a progressive increase of occupancy of infectious disease beds by 20 percent and intensive care beds by 14 percent. A high increase is observed in the cities of Nur-Sultan, Shymkent, as well as the Akmola, Kyzylorda, Aktobe, and Mangistau regions,” Tsoy told journalists.

The occupancy of infectious beds is currently 51 percent and intensive care beds – 41 percent. As cases began rising, Kazakhstan had to deploy additional beds.

Tsoy said vaccination is the only way the situation can be improved.

“Vaccination is the only way to reduce the spread of the virus and get back to your normal lifestyle, work, socializing, family traditions, and travels,” he said.

As of July 26, more than five million people received at least one dose of the vaccine against COVID-19, and close to 3.3 million people were fully immunized against the virus. Currently, Kazakhstan uses the Russian Sputnik V vaccine and its own QazVac vaccine, but negotiations are underway to purchase more vaccines, including Pfizer.

While the Delta variant, first reported in India in October of 2020, caused a spike in cases worldwide, there has been another Lambda variant that also made the headlines. First identified in Peru in December 2020, Lambda is currently a variant of interest designated by the World Health Organization meaning it has “genetic changes predicted or known to affect virus characteristics such as transmissibility, disease severity, immune escape, diagnostic or therapeutic escape.”

The global number of new cases reported in the week between July 12 to July 18 exceeded 3.4 million, a 12 percent increase compared to the previous week, said the WHO weekly epidemiological update on COVID-19.

“Globally, the COVID-19 weekly incidence increased with an average of around 490,000 cases reported each day over the past week as compared to 400,000 cases daily in the previous week. Following a steady decline for over two months, the number of weekly deaths reported was similar to the previous week, with almost 57,000 deaths reported. The cumulative number of cases reported globally is now over 190 million and the number of deaths exceeds 4 million,” said the document.