By Staff Report in International on 7 July 2021

NUR-SULTAN – Deputy Chairman of the Senate of the Parliament of Kazakhstan Askar Shakirov has been elected Vice-President of the Organization for Security and Cooperation in Europe Parliamentary Assembly (OSCE PA). 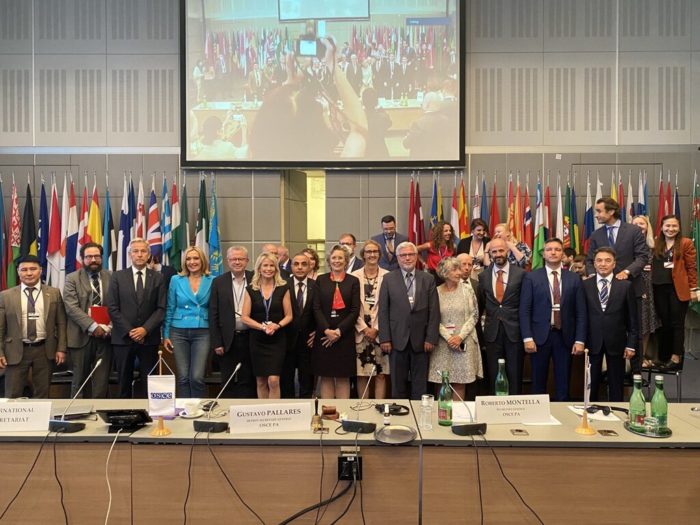 The plenary session of the OSCE PA’s 2021 was held in a hybrid format, with some members participating in Vienna, and other members joining via Zoom.

This was announced at the closing plenary of the OSCE PA’s 2021 Remote Session, which included several days of debates, reports and speeches, on July 6. The plenary was held in a hybrid format, with some members participating in Vienna, and other members joining via Zoom.

In 2008, Kazakh President Kassym-Jomart Tokayev, who served as the Speaker of the Senate of the Parliament, was also elected as the Vice-President of the OSCE PA. 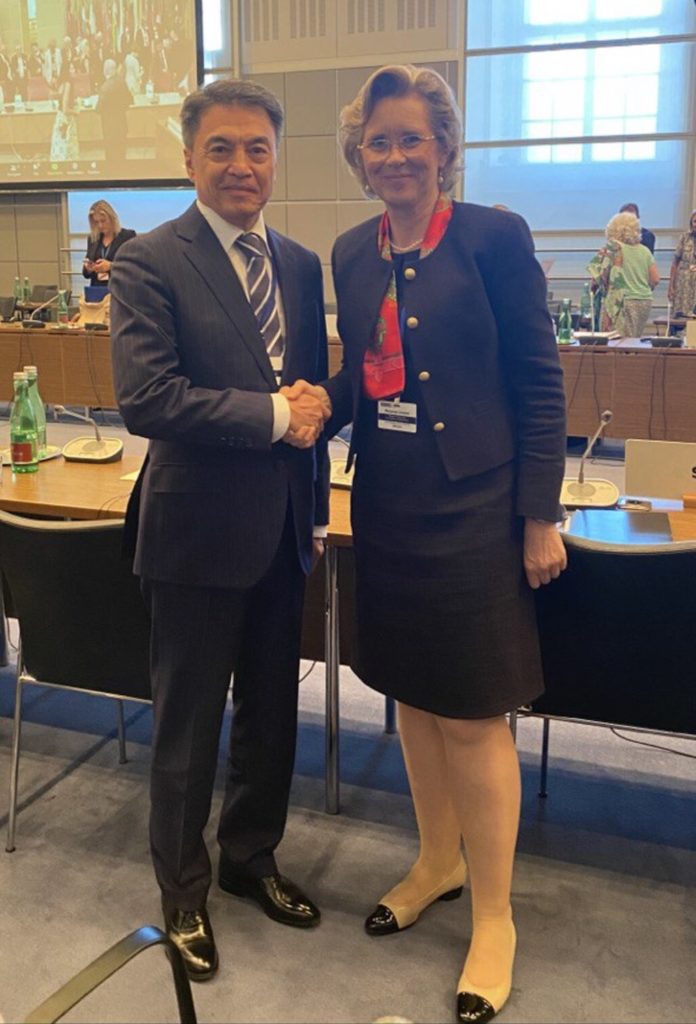 In Vienna, Shakirov met with the heads of the national delegations of Azerbaijan, Bulgaria, Denmark, Finland, Lithuania, Sweden, and the U.S.A., including the newly elected OSCE PA President Margareta Cederfelt, according to the press service of the Senate.

Shakirov reported about reforms implemented as part of the modernization agenda of President Tokayev. The OSCE parliamentarians expressed support for the political and socio-economic transformations in the country.

It was agreed to establish a group of friendship with Central Asia in the Danish Parliament with an emphasis on the development of inter-parliamentary dialogue with Kazakhstan.

Earlier, President Tokayev noted that “parliamentary diplomacy plays an increasingly important role in the development of interstate cooperation” at the June 28 meeting with Speaker of the Federation Council of the Federal Assembly of Russia Valentina Matviyenko.

On June 1, Cederfelt, as the Vice Speaker of the Swedish Riksdag (Parliament), spoke about the positive role of Kazakhstan as an active member of the OSCE and its Parliamentary Assembly, its high potential and authority in international relations during an online meeting with Shakirov.

Shakirov has extensive experience in international relations and in the area of protection of human rights. Previously, he served as Deputy Minister of Foreign Affairs, Ambassador Extraordinary and Plenipotentiary of Kazakhstan to India, and Human Rights Commissioner.