NUR-SULTAN – The participants of the 16th round of talks on Syria, known as the Astana Process, have concluded their two-day meeting in Nur-Sultan on July 8 by stating their unwavering commitment to the sovereignty and territorial integrity of Syria and expressing their conviction that there is no military solution to the Syrian conflict, reported the Kazakh Ministry of Foreign Affairs. 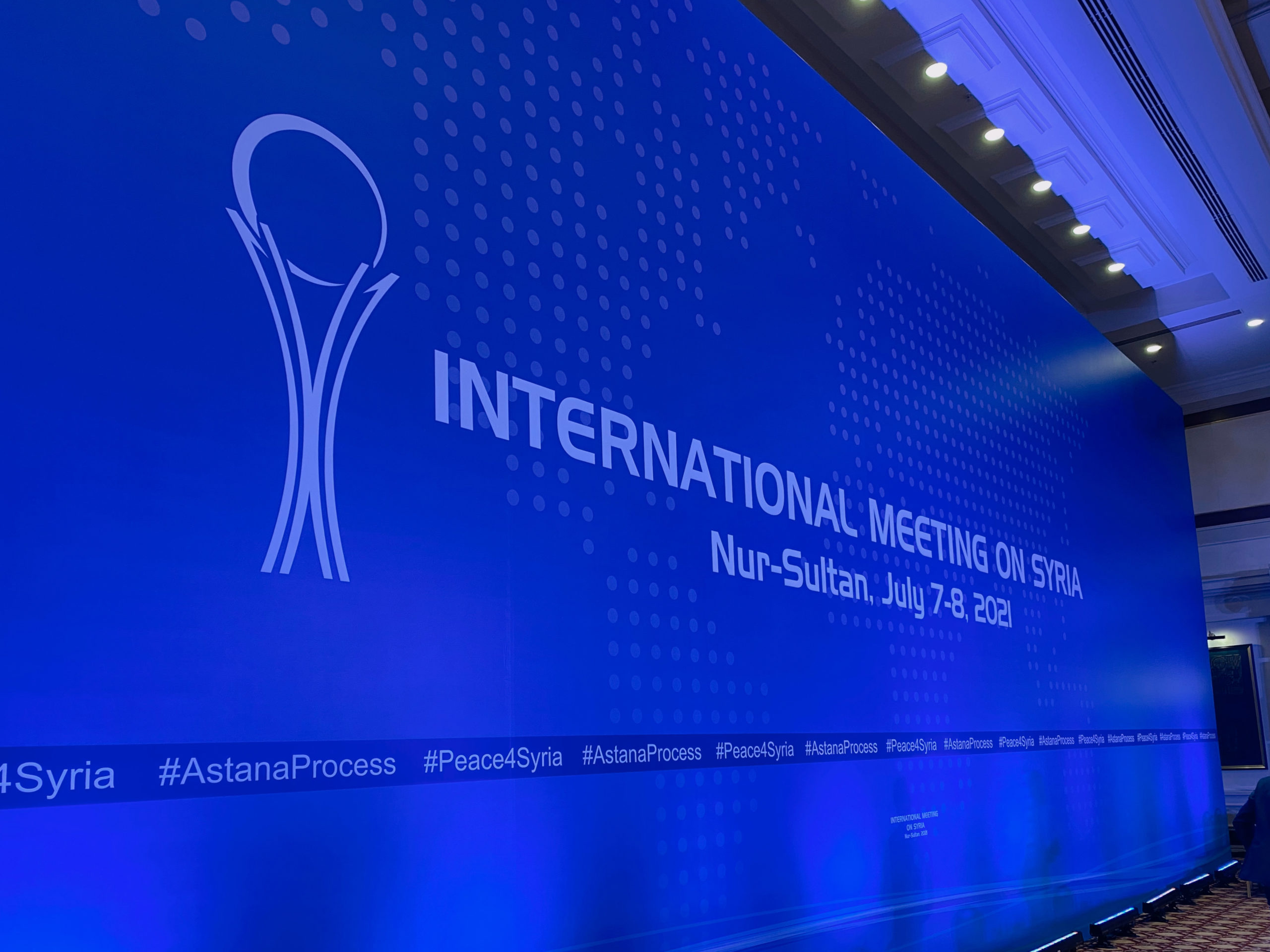 Last year the round of talks was held in the virtual format in Sochi.

According to the final joint statement of the guarantor states read out by Deputy Minister of Foreign Affairs Erlan Alimbaev, the parties rejected all attempts to create illegal initiatives for self-government under the pretext of fighting terrorism.

Alimbayev mentioned that the Astana Process was launched in January 2017 with the support of First Kazakh President Nursultan Nazarbayev when the Kazakh capital hosted the first round of talks with representatives of the Syrian opposition committed to finding a political solution to the crisis. Alimbayev reflected on its contribution to curbing the levels of violence in Syria and highlighted the systematic work that followed the negotiations.

“At the UN General Assembly, Kazakh President Kassym-Jomart Tokayev noted the importance of the Astana Process, which complements the Geneva talks, and contributed to the cessation of hostilities and creating conditions for a safe return of refugees,” said Alimbayev.

In their joint statement, Iran, Russia and Turkey reaffirmed their determination to oppose separatist plans aimed at undermining the unity of Syria and threatening the national security of neighboring countries, as well as to advance a viable and long-term political process led and implemented by the Syrian people.

According to the Iranian Foreign Minister’s Senior Advisor in Special Political Affairs Ali-Asghar Khaji, Syria has already shown significant progress in its political development that should be pursued further.

“We unanimously agreed that the political track in Syria should be continued and there is no military solution to the Syrian problem. We need to make sure that we bolster and boost this political track on a daily basis. Reconstruction of Syria is now a major issue for creating a calm and tranquil environment,” said Khaji.

Astana Process participants expressed concern about the intensification of hostilities against the civilian population and reviewed the situation in the Idlib de-escalation zone, regarding which the parties stressed the need to maintain peace on the ground via full implementation of all existing agreements on Idlib.

In this regard, the participants of the Astana Process called on the international community, the United Nations (UN) and its humanitarian agencies to increase assistance to Syria, including through the implementation of projects for early recovery, including basic infrastructures such as water and electricity, schools and hospitals.

According to Russia’s Special Presidential Representative for the Syrian Settlement Alexander Lavrentiev, the shift of the emphasis from the issues of stabilizing the military situation in Syria to issues of a humanitarian nature is a primary achievement of this round of talks.

“We believe that it is necessary to create a highly functional and effective mechanism for the delivery of aid to all parts of Syria through the efforts of the international community. Primary attention should be paid to providing support to Syria in the implementation of the restoration of destroyed infrastructure. This is the only way to alleviate the suffering of the civilian population and allow them to start normal work activities in order to provide themselves with food and basic necessities,” stated Lavrentiev.

Guarantor states also specifically emphasized the importance of facilitating the safe and voluntary return of refugees and internally displaced persons to their places of residence in Syria, ensuring their right to return. In addition, it has been agreed to expedite the process to shorten the interval between release operations of detainees.

Head of the Syrian Opposition Ahmed Toma reported satisfactory results of their continuous work with the Red Cross on the issue of detained persons.

“Despite the results not being of the quality that we want, we are still doing the work and making the effort. We believe that the work with the UN and the Red Cross will be able to achieve logical results and implement special mechanisms for the regime to become more agile. If there is a serious intention from every party we will be able to find a solution to this historical crisis,” said Toma.

The 17th Astana Process meeting on Syria in Nur-Sultan is planned to be conducted until the end of this year.

All parties also noted the need to hold the next meeting of the Syrian Constitutional Committee, the creation of which was facilitated by the UN and the guarantor countries of the Astana Process, in Geneva as soon as possible.