NUR-SULTAN –  Astana Motors, one of the country’s leading companies in car retail, service, and assembly, seeks to expand their export of Hyundai cars produced at their plant in Almaty, reports the company’s press service. 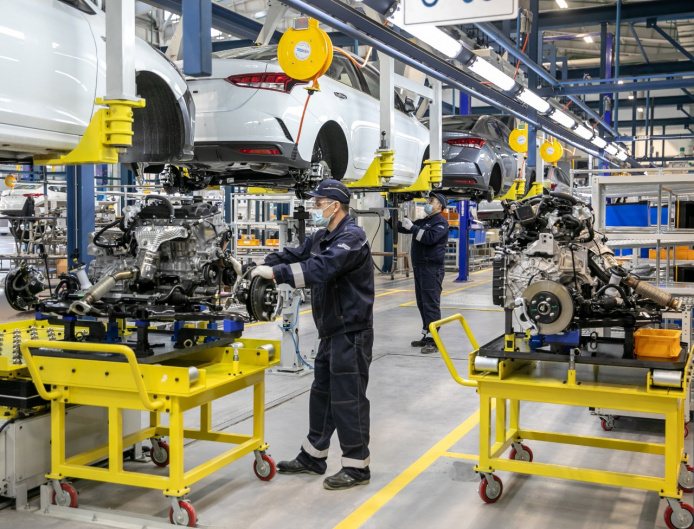 In October 2020, Astana Motors launched the Hyundai Trans Kazakhstan plant that stretches across 25 hectares in the city’s special industrial zone.

Its production capacity is expected to reach 30,000 cars per year, half targeting the local market and half oriented for export to neighboring countries. The capacity will eventually rise to 45,000, making Hyundai cars more accessible for Kazakh citizens.

In the first half of 2021, Hyundai Trans Almaty, another subsidiary of Astana Motors that opened in January 2011 in Almaty,  supplied 12 units of Hyundai EX8 and by the end of the year, it will transfer another 26 units of trucks to Belarus.

“We are looking at our future cooperation with Hyundai Trans Almaty with great enthusiasm. Since 2021, the plant offers a new model range of Hyundai Mighty and Pavise from 3.5 tons to 18 tons, which will fully cover the market segments concerned with light commercial vehicles and medium-duty trucks. The plant also offers a choice of chassis with flatbeds. This makes it possible to save time for assembly and manufacturing of flatbeds in Belarus, and the customer gets a fully ready vehicle with a quality guarantee,” said Sergey Zhukovich, head of Transconsult Service that receives the Hyundai vehicles from Kazakhstan.

Last week, Astana Motors presented a new line-up of Hyundai passenger cars – the Palisade, Santa Fe, and Tucson – as well as the Hyundai EX6 and Hyundai Pavise trucks at the Futuroad truck and commercial vehicle show in Nur-Sultan. The production line attracted the attention of domestic and foreign partners, building on the company’s vast experience.

Besides the production of Hyundai vehicles, Astana Motors represents 11 automobile brands in the Kazakh market, including Subaru, BMW and MINI, Toyota, Lexus, and Jaguar’s Land Rover. Next year, the company will celebrate 30 years since its establishment.