in Business, Kazakhstan Region Profiles: A Deep Dive Into the Heart of Central Asia on 28 July 2021

NUR-SULTAN – The Almaty region sets up a new stage of fishery development by launching the construction site of an innovative fishing complex for growing barramundi fish with a capacity of 10,000 tons per year, reported the press service of the Kazakh Ministry of Ecology, Geology and Natural Resources on July 24. 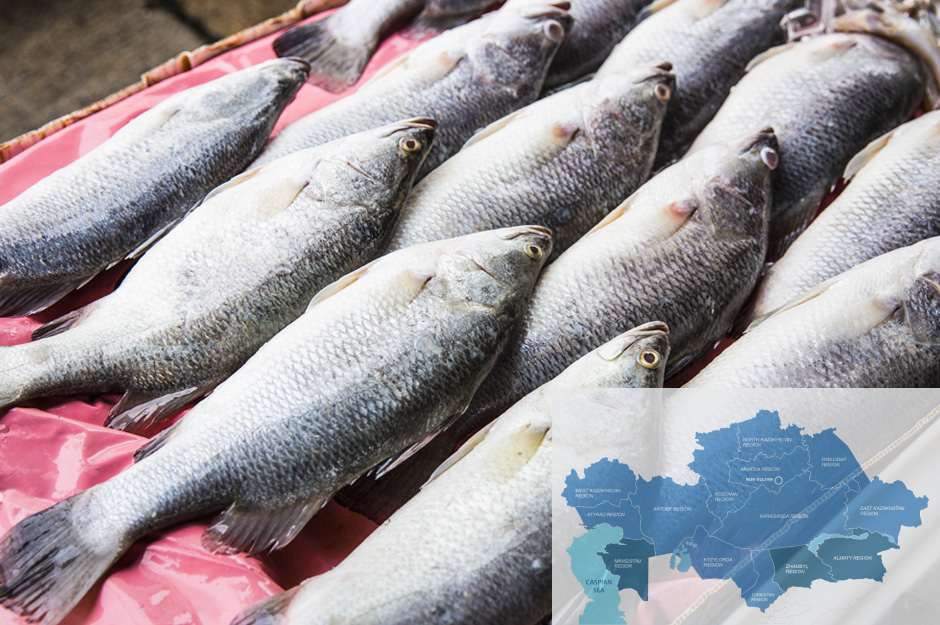 Barramundi is also known as Asian seabass and is widely found in the Indo-West Pacific region from South Asia to Papua New Guinea and Northern Australia. Click to see the map in full size.

The new complex will be located in Kapshagai. The total investment in the project will amount to about $157 million and is expected to create 300 jobs.

“At the first stage, the volume of fish farming will reach up to 1,000 tons. At the second stage, an increase in the volume to 10,000 tons per year of Australian barramundi. The implementation of the first stage of this project will be 2021-2022 and the second will be in 2022-2024,” said Chair of the Fisheries Committee of the Ministry of Ecology, Geology and Natural Resources Nariman Zhunussov.

The development of fishery in the country was highlighted by Kazakh President Kassym-Jomart Tokayev in his state-of-the-nation address back in September 2020.

The Kazakh government approved a long-term program for the development of the fishing industry in the country that aims to grow the production of fish from 9,000 to 270,000 tons per year by 2030.

The state-sponsored measures include expansion of subsidies of the fishing industry and creating conditions for the development of fish farming.

An increase in the volume of fish farming is expected to be achieved through the use of potentially suitable reservoirs, as well as the construction of new industrial fishery complexes similar to the one launched in Kapshagai.

Kazakh Minister of Ecology, Geology and Natural Resources Magzum Mirzagaliyev, who was present at the launch of the new complex in the Almaty region, noted that industrial fish farms represent special importance for achieving the high volumes of fish breeding planned by the government.

Industrial fish production also possesses the advantage of being suitable for any region of the country, regardless of the natural and climatic conditions. Moreover, such industrial farms use water-saving technologies.

The implementation of such projects will help replace imports of exotic fish species and at the same time increase export volumes by Kazakhstan.

Artificial fish farming is also expected to respond to the needs of the growing Kazakh population and account for the natural resources of the country that are quite limited.