Alibek Dnishev, the most famous Kazakh opera singer and a wonderful person, the singing soul of Kazakhstan, turns 70 today. 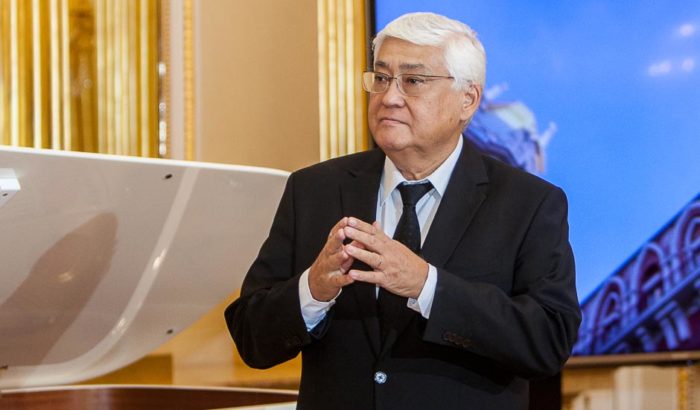 Dnishev was born in Almaty and grew up in a typical Kazakh urban family, the son of a journalist.

Next to their apartment block stood a  movie theatre named Alatau where the young Dnishev watched musicals with his three brothers.

The family was not rich, so the best time for movie going was in summer. “There was no air-conditioning in the 1960s, so the doors were left open providing natural ventilation. And we sneaked in,” Dnishev remembered later. “I sat and watched everything – and just sifted the music in.” 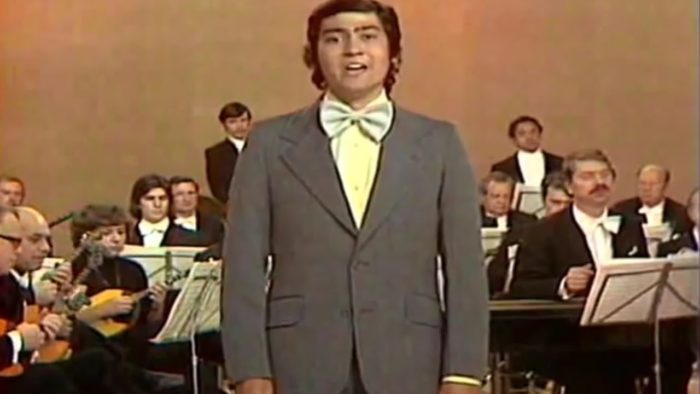 The other great musical impression of his childhood was the visit to Almaty in 1961 of Muslim Magomayev, the famous singer from the then Soviet Azerbaijan. “We were sliding downhill on sledges with friends right next to the theatre, when news about Magomayev’s concert suddenly became the talk of the city,” Dnishev recalled in a talk with a journalist of Kazakh state TV. “My uncle worked in the theatre, so he let us in – and I caught the bug, I decided to be like him, that great singer. I was just ten then, and Magomayev was 20.”

Magomayev was famous for singing not only popular songs, but also opera arias in Italian. This will later become one of Dnishev’s strong sides too – Dnishev could perform just about every famous song in the world: he sang not only in Kazakh and Russian, but also in Spanish and Italian.

A talented child, he started learning music at the age of eight. But real success came to him only at the age of 25 – at the Mikhail Glinka Singers’ Contest in the Georgian capital Tbilisi, in 1976. No one could ignore this promising novice from Kazakhstan – his lyrical tenor had a charming, engaging effect, whether he performed Kazakh folk songs, Russian “romances” or Italian opera arias. He became famous all over the Soviet Union and international fame was also just around the corner. What surprised many people then was the fact that Dnishev owed his unique talent to Kazakhstan’s music school alone: he graduated from Almaty Conservatory and never required additional education outside his native land.

Despite numerous invitations, Dnishev never left Almaty. After getting a job as a soloist at Kazakh Philharmonic in the same year of 1976, he later worked at the Almaty Opera Theater, went for concerts abroad, but never left Kazakhstan for any significant duration of time. His main public were the intelligentsia of Almaty and other Kazakh cities, whom he loves and whom he claims to recognize “at a mile’s distance.” ‘They are educated, but they are also very easy to talk to as people,’ he said recently, describing his preferred audience. “After all, beauty is so simple and easy to see – in nature, in art, in humans.”

Dnishev considered it his duty to foster and develop the Kazakh national opera – a unique combination of Italian, Russian and Kazakh musical cultures. He performed the operas written by Yevgeny Brussilovsky, who is rightly considered to be the father of Kazakh national opera. The “Dudaray” and “Aidara” operas, based on Kazakh traditions and written on Kazakh libretto material, are now impossible to imagine without Dnishev’s interpretation of the main roles and tunes.

Out of four brothers, only Dnishev became a professional musician. But, more important, out of millions he was the only one who gave his epoch a voice – his unforgettable lyrical tenor wept and rejoiced in tune with his land.

Today not only the relatives and friends of Dnishev, but millions of his fans around the world are wishing him a happy 70th birthday and many more years of productive and respected work, needed by so many.

The video features one of the latest Dnishev’s concerts on the local TV channel. He performs his early songs with the Zhetigen band.