16th Round of Talks on Syria Starts Off in Nur-Sultan

NUR-SULTAN – The 16th round of talks on Syria, known as the Astana Process, with the participation of the Syrian government and the Syrian armed opposition groups began in Nur-Sultan on July 7, reported the Kazakh Foreign Ministry press service. 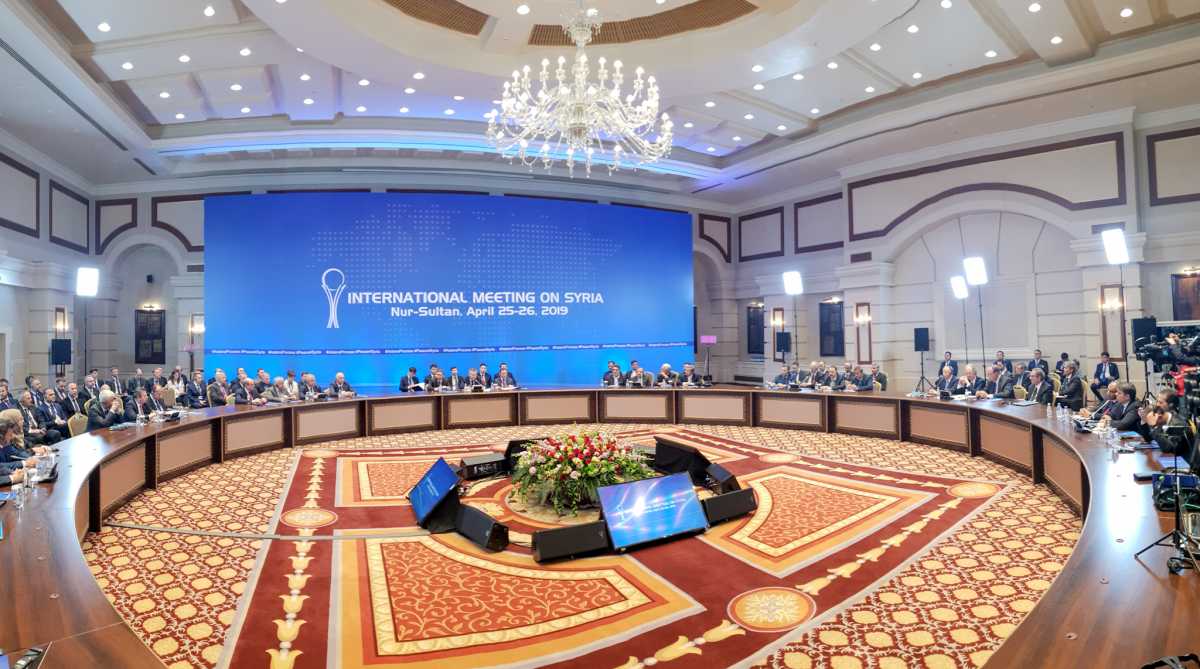 The 16th round of talks is the first meeting of the Astana Process in Nur-Sultan since 2019 and the start of the pandemic. Photo credit: Gov.kz.

Delegations from Iran, Russia, and Turkey are also participating in the Astana Process as guarantor states. High representatives of the United Nations (UN), Jordan, Lebanon, and Iraq are present as observers.

This round of talks is focused on the socio-economic and sanitary-epidemiological issues and international humanitarian assistance to Syria, as well as on the resumption of the work of the Syrian Constitutional Committee in Geneva, confidence-building measures including prisoner exchanges, hostage release, and the search for missing persons.

The 16th round is also scheduled to hold a working group meeting on the topic of detained persons with the participation of the guarantor countries and the UN.

The talks will last for two days, until July 8. Bilateral and trilateral consultations of the guarantor countries, negotiations with the Syrian parties and with delegations of the observer parties will be held on the first day. The second day will continue the talks and a plenary session.