NUR-SULTAN – Kazakh capital hosted the presentation of the book titled Tomorrow Was Late: Environmental Risks of Kazakhstan on June 17, gathering, both virtually and physically, representatives of government organizations and international organizations to participate in the event. 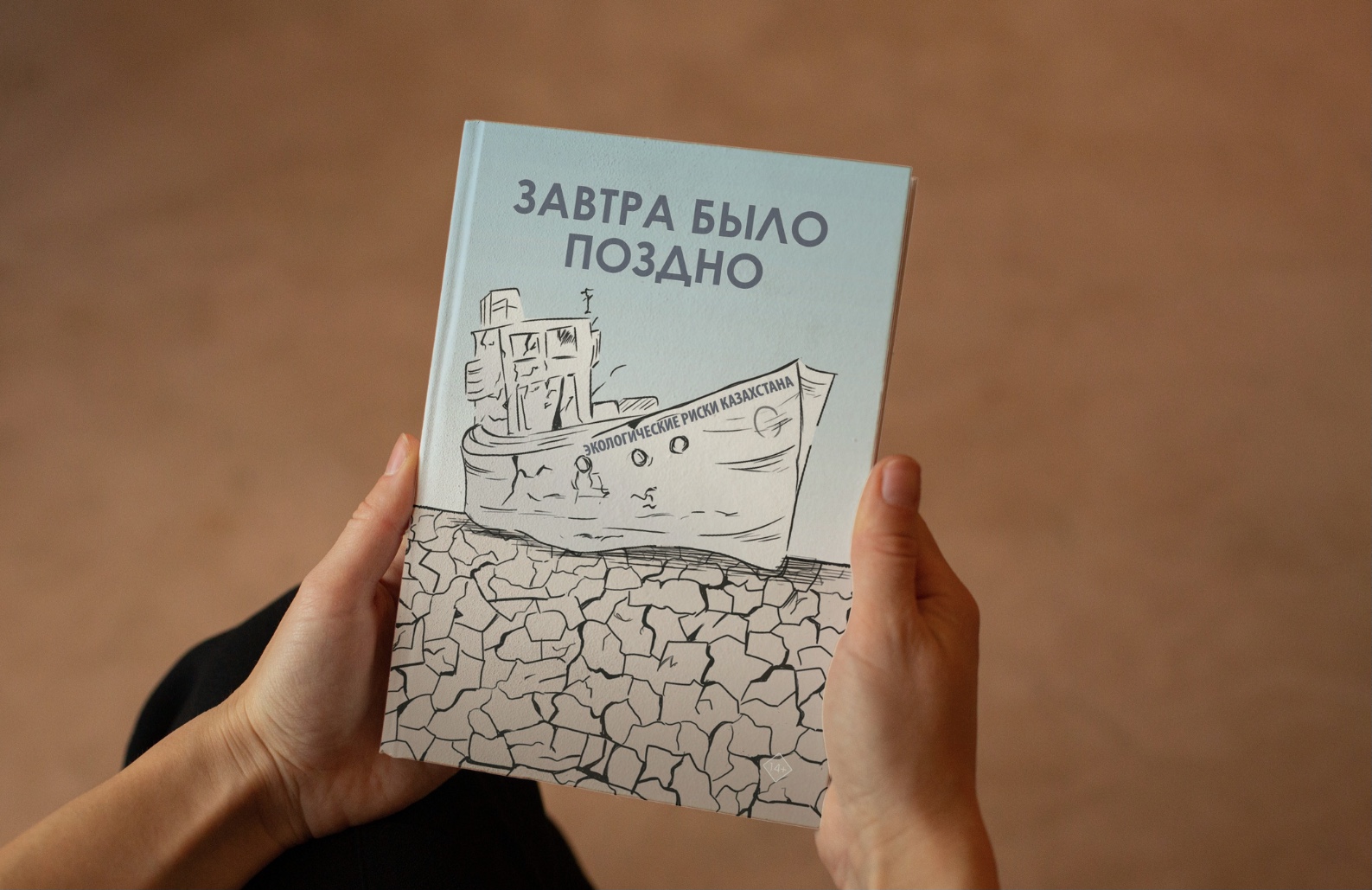 Cover of the book.

The environment affects us all. Kazakhstan was among the first countries in the post-Soviet space to implement the idea of a green economy and to promote significant changes in ecology. But environmental problems are becoming more and more urgent and complex as countries strive towards sustainable development.

The book covers several important topics –  water resource management, air pollution, waste management, land degradation, biodiversity, energy resource efficiency, and climate change – with a common goal to show the direct and indirect links between environmental threats and risks in Kazakhstan. The book authors also hoped it could serve as a set of recommendations for decision-makers and NGOs to prevent or mitigate environmental threats.

In his opening remarks, Zulfahar Zholdashov, head of the Ecological Regulation and Control Department at the Kazakh Ministry of Ecology, Geology and Natural Resources, spoke about some of the main problems that the government is trying to address, including air quality, water pollution and waste management.

“We are monitoring our major cities and ten cities are among the most polluted –  Nur-Sultan, Almaty and our industrial cities Temirtau, Balhash, Ust-Kamenogorsk,” he said.

He also spoke about how the new Environmental Code, which is expected to come into effect July 1, can help address these issues, including through the introduction of new technologies. According to the new environmental code, the 50 largest companies that account for 80 percent of emissions in Kazakhstan, will replace their old tech with the best available technologies by 2025.

The participants agreed that addressing environmental issues requires a multisectoral approach both from the government and NGOs.

Climate change is also among the issues that need to be addressed, said Vadim Nee, an environmental expert addressing the panel session.

“Anthropogenic factors are driving climate change and we need to review Kazakhstan’s contribution,” he said, noting that the volume of emissions is growing and has exceeded the level of 1990.

He said that by 2030, the temperature could increase by two-celsius degrees and it could result in increased water flows in June and May and decreased flows in July and August when water is needed for irrigation.

“What we get is that key sectors will be at risk, those that play an important role in driving economic growth such as agriculture,” he said

He said Kazakhstan has made significant steps in this area, but more needs to be done. People should also transition to a low carbon lifestyle, because, “temperature will increase and we can not change anything in the near future, therefore we should change our life and adapt to the economy,” he said.

Despite the adverse effects stemming from the problems in the energy sector, it remains crucial for the economy, said Alexey Kobzev, Renewable Energy Projects Manager at Kazakh German University.

“The energy sector is the blood system of the country and the economy,” said Kobzev.

Among the issues needed to be addressed in the sector are outdated heat and electricity networks, with 43 percent of heat networks being worn out.

Kobzev notes that a three percent share of renewable energy in the total energy balance has been achieved in 2020.

Using IT technologies could help Kazakhstan in this effort.

“A six percent target by 2025 is very realistic, but this includes stimulating maneuver capacities and creating market mechanisms,” he said.

The project was implemented by the Dosym Satpayev Foundation in partnership with the Kazakh-German University and with the support of the OSCE Program Office in Nur-Sultan, the Friedrich Ebert Foundation in Kazakhstan, and the Living Asia eco-magazine.