Three New Universities to Be Built in Almaty

By Adelya Dauletkyzy in Society on 6 June 2021 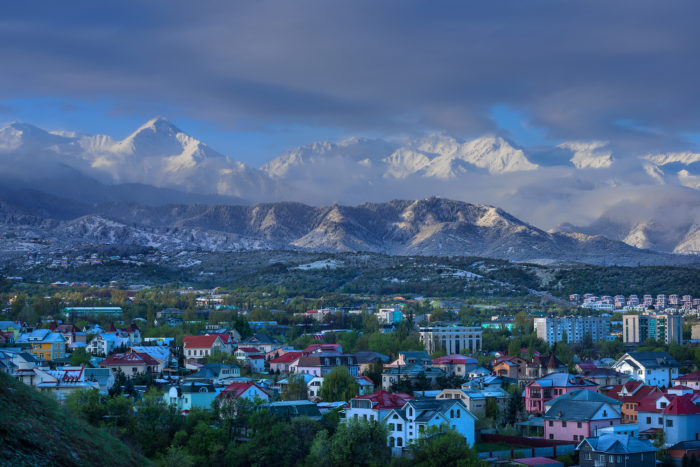 Nazarbayev University came up with an initiative to build a campus for a school of artificial intelligence in Almaty.

“Seventy percent of companies engaged in digitalization are located in Almaty. The main research centres are also located here. That is, we have a complete base for this project. Therefore, we are happy to accept this offer. Now we are working on the project together with Nazarbayev University, and we plan to build it next year,” said Sagintayev. 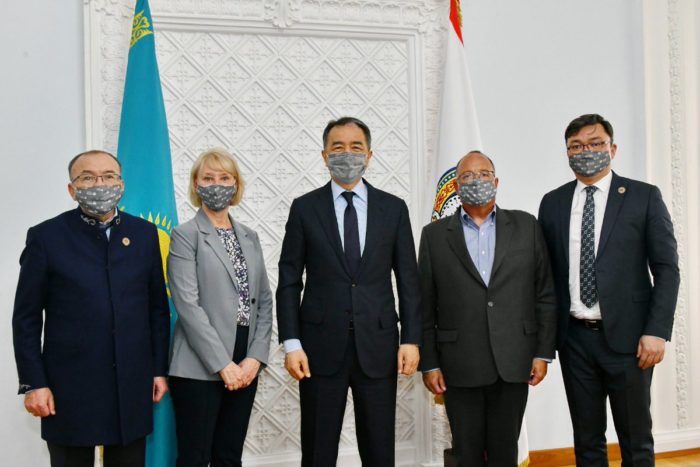 Bakytzhan Sagintayev in a meeting with the representatives of AlmaU, Arizona State University, and Cintana Alliance. Photo credit: Official Twitter page of the Akim of Almaty.

In September, the internationally competitive Britain’s De Montfort University will also open its doors in the city. Before the construction of its main building, the campus will be located in Esentai City. The university plans to enroll 400 students for a bachelor’s degree and 90 for a master’s degree.

Starting from next year the construction of the campus will kick off in the direction of the airport on the Kuldzhinsky highway.

In the years 2021-2022, the university will accept students to liberal arts programs such as law, business and management, economics, while in 2022-2023 broadening programs to include digital sciences, and moving to include medical programs in the years 2023-2024.

Students will also have the opportunity to study at Leicester-based De Montfort University for one academic year.

“The opening of a British university is a real example of the investors’ interest in doing business in Almaty. The launch of such a project will allow us to adopt the best practices and innovative approaches of British education. This is an opportunity to train highly qualified specialists who are in demand for the economy,” said Yerkebulan Orazalin, Head of Almaty’s Department of Entrepreneurship and Investment.

In the light of improving access to quality education, Almaty Management University (AlmaU) partnered with Arizona State University (ASU), one of the leading universities in the United States.

Within the framework of this partnership, the university has joined the Cintana Education Alliance (USA), which allows students of AlmaU to receive additional benefits from cooperation with the most innovative educational institutions in the world, access to an advanced curriculum and learning practices, and also have the opportunity to receive a diploma from a leading Alliance partner.

ASU noted AlmaU’s attempts to ensure accessibility of education to diverse economic backgrounds as a reason for reaching out to AlmaU from more than 100 Kazakh universities.

“Quality education is the greatest tool for social mobility, but in many regions, it is a scarce resource. AlmaU has demonstrated entrepreneurial leadership in ensuring that higher education in the country keeps pace with the economic transformation in the region,” said Stephanie A. Lindquist, the Senior Vice President of Global Academic Initiatives at Arizona State University.

Currently the list of major international universities in Kazakhstan includes: the Kazakh-Turkish University named after H. A. Yassawi (Turkey), Kazakh-German University (Germany), as well as a branch of the Lomonosov Moscow State University (Russia) and Moscow State institute of International Relations (Russia).

That is, the importance of providing education that measures up to international standards in English remains relevant in light of the current situation. The opening of a British university and strengthening cooperation with international universities in Kazakhstan’s largest metropolis is a crucial step that would attract not only students from Kazakhstan, but also all across Central Asia.

All these initiatives align with the tasks put forward by President Kassym-Jomart Tokayev at the fourth meeting of the National Council of Public Trust last year. The head of the state has emphasized the importance of maintaining a strong state presence in improving higher education, along with developing digital solutions in the education sphere.