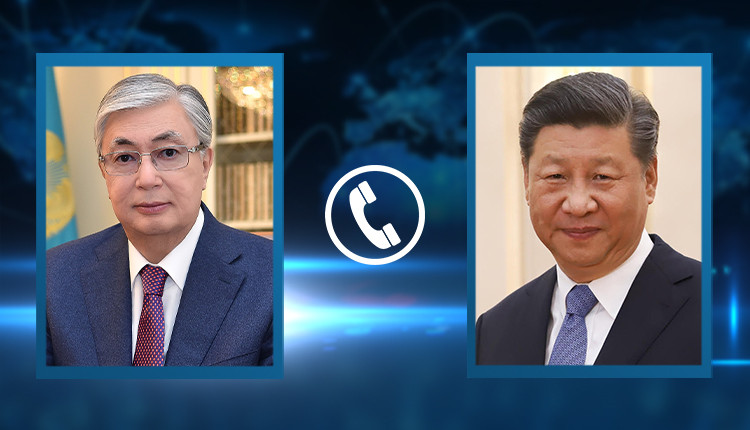 The two leaders noted the importance of regular dialogue at the highest level as a key factor in strengthening the long-term comprehensive strategic partnership.

They also commended the implementation of the important agreements reached during President Tokayev’s state visit to China in September 2019.

Tokayev described the current relations with China as exemplary with a large margin of safety in light of any challenges.

“A great example of our unbreakable friendship is our mutual support during the difficult period of the spread of the COVID-19 pandemic,” said Tokayev.

China was among the first to help Kazakhstan in March 2020, when the nation reported its first coronavirus cases. Back then, China sent a group of doctors to Kazakhstan to assist Kazakh doctors in addressing the spread of the virus. They visited local health care facilities, trained medical workers online and offline while focusing on some of the most severe cases and ways to prevent the spread of the infection.

Tokayev also thanked China for the CoronaVac vaccine that Kazakhstan received on June 1.

Xi Jinping agreed with Tokayev and positively assessed the partnership between Kazakhstan and China. He also noted Kazakhstan’s special role in the Belt and Road Initiative.

“The format of cooperation between our countries is unique and has no precedent in China’s relations with neighboring countries,” he said.

During the meeting, Tokayev also reaffirmed Kazakhstan’s commitment to continue diversifying the transit and transport routes passing through the nation’s territory. He also spoke in favor of resuming road and railway checkpoints on the Kazakh-Chinese border, as well as regular air traffic.

Finding innovative solutions to promote the Belt and Road Initiative including in finance, digitization, and green technologies, was also brought up by Tokayev.

The two leaders also discussed global and regional agendas emphasizing the significant potential for multilateral cooperation within the UN, the Shanghai Cooperation Organisation, and the Central Asia – China (C+C5)  format.

Tokayev thanked the Chinese side for the continued support of the Conference on Interaction and Confidence Building Measures in Asia (CICA). He commended the results of the China – Central Asia Foreign Ministers’ Meeting in Xi’an city proposing to hold the next meeting in Kazakhstan in 2022.

Xi Jinping said that Kazakhstan, as a major state in Central Asia, can play a very important role in ensuring security and stability in the region, particularly after the withdrawal of US troops from Afghanistan.