Peacekeeping activity remains one of the most important directions of Kazakhstan’s foreign policy. Over the years of independence, Kazakhstan has established itself as a responsible participant in international efforts to ensure global peace and security. 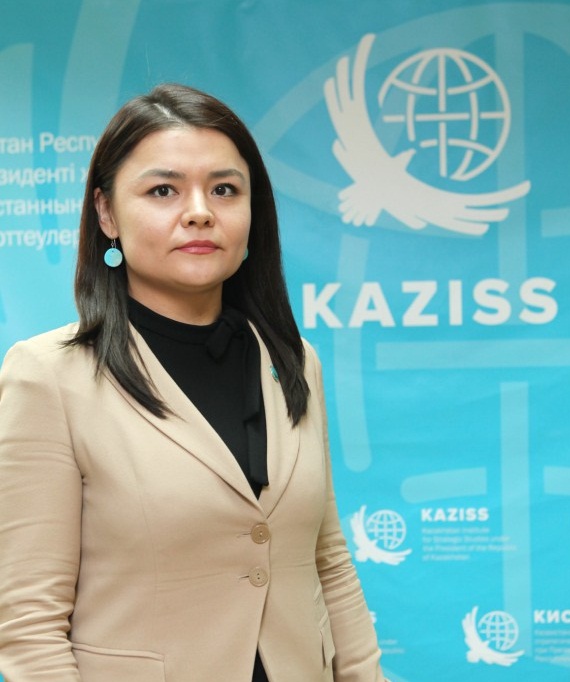 Peacekeeping activities of the country are aimed at preventing, deterring, and ending armed conflicts, and providing humanitarian assistance, as indicated in the 2015 Law on Peacekeeping Activities of Kazakhstan.

In 2000, the Kazakh Peacekeeping Battalion (KazBat) was formed for the first time in the country. The participation of Kazbat in the peacekeeping operation Iraqi Freedom from 2003 to 2008 in the framework of international efforts to stabilize the situation in the country appears to be the first mission of the Kazakh battalion.

In total, nine Kazakh peacekeeping contingents of 290 men served on a rotational basis in Iraq, including military engineers and medical workers.

At the same time, the main tasks of the Kazakh military unit were demining, ensuring the safety of convoys, protecting the territory and the base, regulating traffic, and carrying out humanitarian aid operations. Overall, the Kazakh servicemen destroyed about five million explosive ordnance and provided medical assistance to over 500 Iraqi citizens.

One of the key areas of work of the Kazakhstan peacekeeping battalion has been holding the joint anti-terrorism and peacekeeping exercises “Steppe Eagle” on a regular basis since 2003, with the participation of the forces of the North Atlantic Treaty Organization (NATO) members, including the United Kingdom and the United States.

Since 2008, the Partnership for Peace Training Center (KAZCENT) has been operating in Kazakhstan. It trains peacekeepers based on the United Nations (UN) certificate in such courses as “Protection of Civilians” and “UN Staff Officers” as well as offers English language training. under the program of international military education and training.

KAZCENT was recognized as the 19th member of the Community of Partnership Education and Training Centers based on the decision of the NATO Political Committee and joined the International Association of Peacekeeping Training Centers in 2010.

A special mission of the Kazakh peacekeepers is their participation in UN operations to maintain peace and security.

In 2018, 120 troops from Kazakhstan were sent to assist the United Nations Interim Force in Lebanon (UNIFIL). The peacekeepers serve as part of the Indian battalion (INDBATT), whose tasks included foot and vehicle patrolling, staff work, duties at checkpoints and observation posts, ensuring the security of UN posts, and carrying out operations in the Battalion Mobile Reserve (BMR).

Along with this, Kazakhstan provided assistance in the framework of emergency relief efforts after the bombings in Beirut. For these purposes, a group of military personnel flew from Aktau to Lebanon in August 2020, including 29 surgeons, traumatologists, neurosurgeons, intensive care physicians, medical support staff and four translators.

Today Kazakhstan remains one of the leading countries in terms of the number of peacekeepers deployed in foreign countries, among the countries in the post-Soviet space.

According to Lord John Astor, member of the UK House of Lords, “today the Kazakh armed forces have been modernized and transformed in all directions, including structure, training and equipment. We welcome the important role of Kazakhstan in international peacekeeping efforts. Kazakhstan is one of the largest peacekeeping forces formed on the territory of the former Soviet Union.”

In his speech at an expanded meeting of the Collegium of the Ministry of Defense of Kazakhstan in November 2020, the Kazakh President Kassym-Jomart Tokayev instructed the relevant department and interested bodies to prepare a government roadmap for increasing the participation of the Armed Forces in UN peacekeeping operations by Aug. 1 of this year.

As the expert on geopolitics, defense, cybersecurity in the Western Hemisphere and post-Soviet regions Wilder Alejandro Sanchez notes, “Tokayev’s statement that Kazakhstan will expand its participation in UN missions deserves a high assessment, since UN peacekeeping missions always need well-trained and qualified “Blue Helmets.” To date, the troops sent to serve in UNIFIL have shown good results, therefore, other UN missions will benefit from the presence of Kazakh troops in their ranks.”

The author is Kymbat Nurgaliyeva, the senior research fellow at Kazakhstan Institute for Strategic Studies under the President of Kazakhstan (KazISS).