NUR-SULTAN – Improving its last year’s standing by seven positions, Kazakhstan was ranked 35th out of 64 countries in the 2021 World Competitiveness Ranking on June 17, reported the press service of the Kazakh Ministry of National Economy. 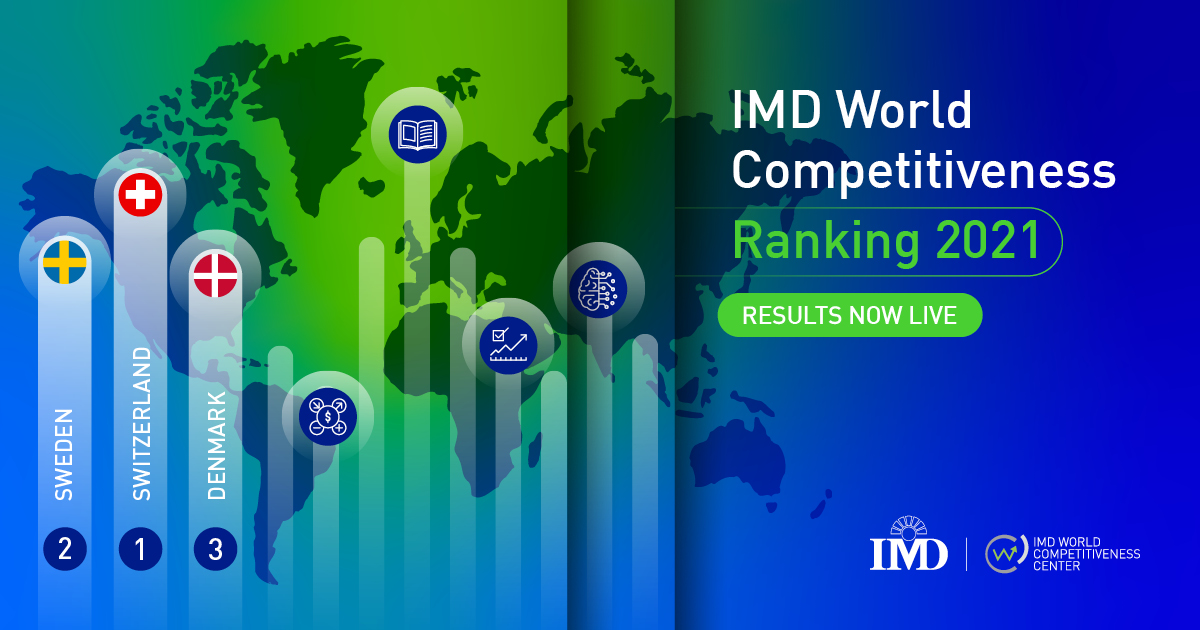 The main premise of the ranking is the assessment of the extent to which a country promotes the prosperity of its people based on four main components including economic performance, government efficiency, business efficiency and infrastructure. Kazakhstan was able to improve its performance since last year across all categories with the highest ranking (21st place) in the category of government efficiency.

According to the executive opinion survey, the five most attractive factors of the Kazakh economy are a business-friendly environment, the strength of the economy, access to financing, policy stability and predictability and a competitive tax regime.

According to the IMD, this year’s rating revealed that countries that had built themselves a certain economic safety net prior to the pandemic performed better in spite of the local level of the health crisis. Switzerland was ranked first this year, followed by Sweden and Denmark.

Kazakhstan has been ranked ahead of such countries as Portugal (36th place), Indonesia (37th), Spain (39th) and Italy (41st), as well as its regional neighbors Russia (45th) and Turkey (51st).

The general growth of innovation, digitally advanced economies, government efficiency and health infrastructure were outlined by the IMD as the main trends across the world prompted by the pandemic for the past year.