Kazakhstan Elected to UN ECOSOC for Next Three Years

NUR-SULTAN – Kazakhstan has been elected to the Economic and Social Council (ECOSOC) of the United Nations for 2022-2024 at the 73rd plenary session of the UN General Assembly, reports the Kazakh Foreign Ministry’s press service. 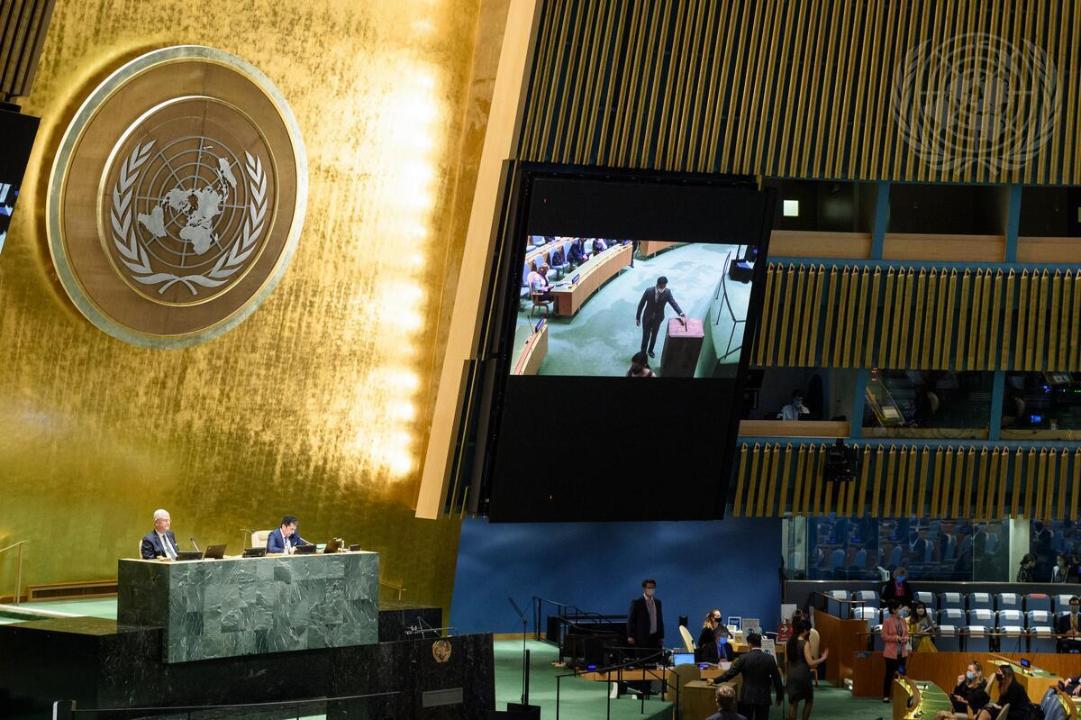 Kazakhstan’s candidacy to the council was supported by 180 UN Member States. This is the second time the Central Asian nation has gotten elected to the UN council. The two previous terms were in 2007-2009 and 2014-2016.

ECOSOC is the main body of the United Nations that is responsible for coordinating policies and programs of the UN system in the economic, social, and environmental areas and serves as the central platform for promoting solutions to pressing problems and challenges in these areas.

As a member of ECOSOC, Kazakhstan intends to strengthen cooperation with international financial and trade organizations for the effective implementation of the 17 Sustainable Development Goals and address key humanitarian challenges in Central Asia.

Becoming part of the council will also contribute to attracting successful global practices to Kazakhstan to support its national reforms to accelerate economic and social progress and enhance its public administration.

“Besides our participation in the work on different issues ranging from gender equality to illegal migration and many other issues, we can also take an active part in the work, vote, propose our own initiatives and not only on behalf of Kazakhstanbut on behalf of the entire region of Central Asia,” said Amirbek Islamuly, Head of the International Organizations Department at the Kazakh Foreign Ministry, in an interview for this story.

Transport infrastructure development is also a priority for Kazakhstan, which has chaired the Group of Landlocked Developing Countries (LLDC) in 2020 and 2021.

“ECOSOC will be a good platform for us to exchange knowledge across different issues on social and economic development. Not only with other states but also with international financial institutions,” said Islamuly.

Participation in the ECOSOC will also give more opportunities for Kazakhstan to promote its global initiatives, including as part of the United Nations.

Islamuly said that Kazakhstan submitted its bid for the vice presidency in the ECOSOC.