By Zhanna Shayakhemtova in Society on 1 June 2021 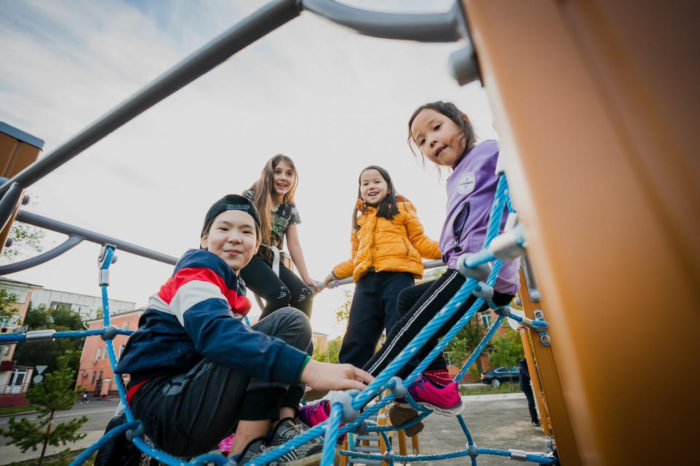 All events will be held in strict compliance with epidemiological standards and requirements. Most of the events will be available online on social networks and on TV channels. Photo credit: Nur-Sultan city administration.

President Kassym-Jomart Tokayev congratulated the Kazakh people on this day.

“Our strategic task is to give the young generation a happy childhood, good health, and well-being. The future of our country depends on this,” The President wrote on his Twitter.

Today’s government meeting was also devoted to the priority areas in child protection. It is reported that the government will introduce the Kazakhstan Child Welfare Index to assess the overall quality of safety, healthcare system, education, well-being, and socialization of children in 2022. This index will track the performance of government agencies to improve the situation of children.

Keeping children safe at school and in the streets is defined as a priority task. In this light, Kazakh Prime Minister Askar Mamin instructed his cabinet to prepare a roadmap for providing educational and leisure facilities with the appropriate security infrastructure within two weeks.

“Video surveillance systems and their integration with the Police Operational Management Centers, alarm system installation and prompt responses are of special importance. All this work should be completed before the start of the academic year,” Mamin said.

In 2020, 22 normative legal acts have been adopted in the field of protecting the rights of children. The roadmap was approved to strengthen the protection of the rights of the child, counter domestic violence and address suicide issues among adolescents for 2020-2023. The rules and terms of social rehabilitation of children who have suffered from terrorist activities have been adopted.

Astana Ballet theater will host a charity excursion titled “Behind the Scenes Secrets” and an exhibition of theater costumes for socially vulnerable groups.

The Astana Ballet theater will host a charity excursion titled “Behind the Scenes Secrets” and an exhibition of theater costumes for socially vulnerable groups. Children will learn about the theater’s history, the work of stage services and a creative group dedicated to the history of ballet. A performance featuring one of the ballets included in the theater’s repertoire will also be presented.

A sightseeing tour on a double-decker bus to the main attractions of the city will be available for children.

The Al-Farabi Schoolchildren’s Palace will stage a theatrical performance with the participation of fairy-tale characters. The city’s circus will host a festive concert.

Open air events will be held at the city’s parks and schools featuring a master class on arts and crafts and national sports games.

According to the city administration, all events will be held in strict compliance with epidemiological standards and requirements. Most of the events will be available online on social networks and on TV.