By Zhanna Shayakhmetova in International on 17 June 2021

NUR-SULTAN – World Refugee Day, annually celebrated on June 20, is an international day initiated by the United Nations (UN) to honor refugees around the globe. To mark World Refugee Day 2021, The Astana Times spoke with Hans F. Schodder, Representative of UNHCR, the UN Refugee Agency, for Central Asia, to learn about  the organization’s activities and its priority tasks. 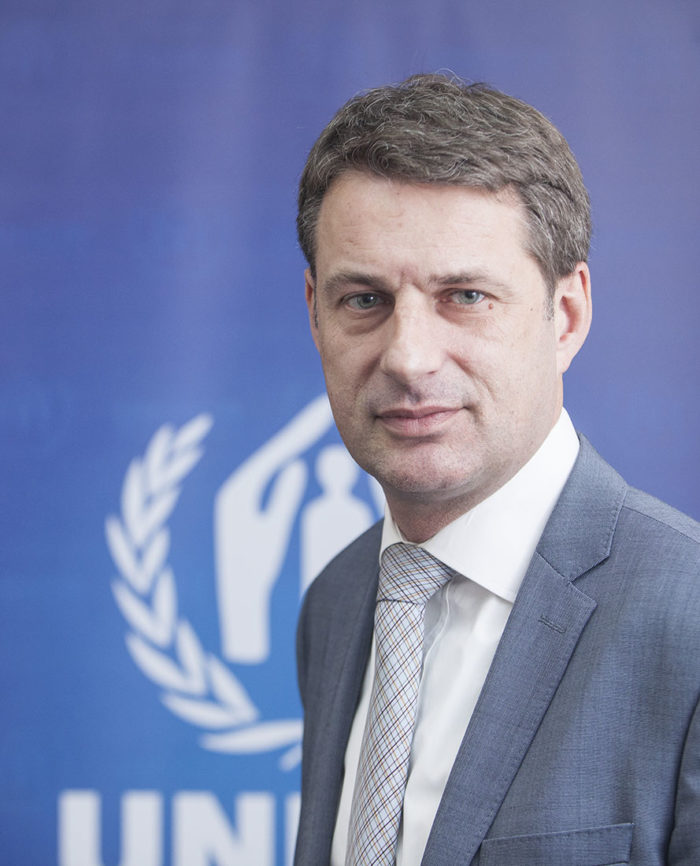 As a global organization, UNHCR assists all five Central Asian countries in protecting and integrating refugees, in eradicating statelessness as well as in preparedness for refugee movements. According to the UN Refugee Agency, approximately 7,000 refugees and asylum seekers currently reside in Central Asia, almost all of them from Afghanistan. As of June 2021, only 674 of them live in Kazakhstan, and mainly in Almaty and Shymkent.

Schodder noted that the UN Refugee Agency set a task to achieve four goals in support of refugees over the next three years.

First, it is expected to strengthen the local ownership and quality of asylum systems, to ensure refugees due access to territory, fair and efficient asylum procedures, protection against refoulement, to residency, work, employment, health care, travel documents, citizenship and all other rights and duties that state parties to the 1951 Convention relating to the Status of Refugees and its 1967 Protocol (the Refugee Convention) are obliged to grant to refugees.

Secondly, 407 so-called mandate refugees (12 of whom in Kazakhstan plus four born here already) must finally be allowed to become self-reliant.

Thirdly, all countries in Central Asia “have made excellent progress in reducing statelessness and – if they wanted to – could achieve all the goals of the global #IBelong campaign to eradicate statelessness by 2024, which then High Commissioner for Refugees, now Secretary-General, Antonio Guterres launched seven years ago.”

“We continue to actively assist all five countries to remain prepared to respond to larger forced movements of populations, an area on which we also closely collaborate with the big UNHCR program in Afghanistan,” said Schodder.

UNHCR participates in the UN Country Teams and the Sustainable Development Cooperation Frameworks of all five countries, advocating for the full inclusion of refugees, asylum seekers, and stateless persons in development strategies and programs, helping the local societies to ensure that “no one is left behind” in their sustainable development.

“As we will celebrate the 30th anniversary of independence as well as the 70th of the Refugee Convention, Kazakhstan has the wonderful opportunity to fully integrate all articles of the Convention into national law and practice. Fair treatment of refugees will highlight the country’s leadership in fostering interethnic consent,” said Schodder.

The UNHCR opened its office in Kazakhstan in 1995, when the country had a refugee population of over ten thousand. “We highly appreciate the hospitality that Kazakhstan demonstrated since the early days of its independence to people forced to flee,” he said.

Since then almost all of these refugees have returned home or resettled elsewhere, while the remaining few hundreds have lived in Kazakhstan for many years, have fully integrated into the host population, became fluent in local languages, and adapted to life and work here.

“They see their future in Kazakhstan, a country which is known for its cultural diversity and which became home to over 130 ethnicities peacefully co-existing under its blue sky. Kazakhstan’s model of interethnic consent, based on the principle of unity through diversity, is an inspiring example for maintaining peace, accord and stability,” he added.

Schodder spoke about the achievements of the Kazakh government to ensure the protection of refugees during the years of Independence.

In 1999, Kazakhstan became a party to the Refugee Convention. A national Law on Refugees entered into force in 2010. Since then, Kazakhstan has taken full responsibility for protecting and integrating all refugees on its territory.

In 2019, Kazakhstan joined another 134 states by contributing a pledge to the first Global Refugee Forum – to issue refugees with machine readable passports. It is expected that this pledge will be implemented early next year.

“In view of these significant achievements, the country’s political stability, economic prowess, and commitment to further progress in human rights protection, the next logical and achievable step for Kazakhstan’s would be to start implementing all its obligations as a state party to the Refugee Convention for the comparatively very small refugee population living here,” Schodder said.

During the pandemic, most refugees working in the informal sector were among the first to suffer the economic consequences of lockdown by losing their income and facing uncertainty about how to sustain their livelihood. The UNHCR had to step in and provide life-saving aid to the most vulnerable refugees.

World Refugee Day was held globally for the first time on June 20, 2001, commemorating the 50th anniversary of the 1951 Convention relating to the Status of Refugees. Each year, World Refugee Day is marked by a variety of events in many countries around the globe in support of refugees.