NUR-SULTAN – Prime Minister of Kazakhstan Askar Mamin noted the high level of strategic cooperation between Kazakhstan and the United Arab Emirates during the visit of Emirati Minister of State for Food and Water Security Mariam Almheiri to the Kazakh capital Nur-Sultan, according to the Prime Minister’s press service. 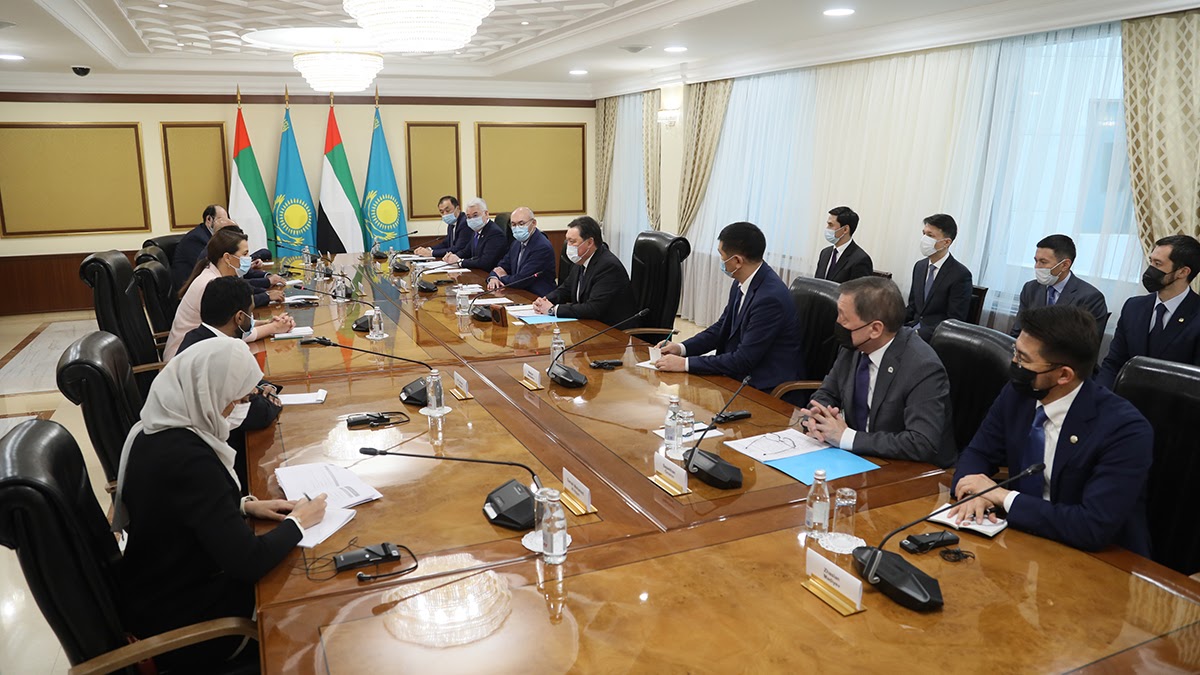 Some of the leading Emirati companies participated in the meeting between Askar Mamin and Mariam Almheiri, including Al Dahra Holding, DP World, and Fish Farm.

The sides discussed bilateral cooperation in trade, finance and investment, transport and logistics, as well as the agro-industrial, and energy sectors.

Trade turnover between Kazakhstan and the United Arab Emirates amounted to $276 million, a 13.1 percent increase compared to the same period in 2020.

In 2020, despite the unprecedented impact of the coronavirus outbreak on financial and capital markets, foreign direct investment from the UAE in the Kazakh economy grew 12.3 percent amounting to $181.7 million.

The priority area of cooperation between the two countries is the agriculture sector, said Mamin, noting that joint investment projects could create new industries with high added value and high demand potential in the Gulf countries as well as create new high-quality jobs in Kazakhstan and introduce advanced technologies and best practices.

Mamin spoke about the significant potential of Kazakhstan in this sector. He brought up the results of the Global Food Security Index released by the Economist Intelligence Unit, where Kazakhstan ranked 32nd out of 113 in terms of food security, improving its position by 16 points compared to 2019.

Kazakhstan, according to him, could become an important link in the UAE’s Food Security Strategy until 2051.

Kazakhstan Temir Zholy, the nation’s railway operator, and the UAE’s DP World will work together to boost freight traffic and on development of transport and logistics infrastructure in Kazakhstan.