NUR-SULTAN – Azerbaijani President Ilham Aliyev commended the extensive history of friendly relations between Kazakhstan and Azerbaijan ahead of next year’s 30th anniversary Azerbaijani-Kazakh diplomatic relations during the visit of Kazakh Deputy Prime Minister – Minister of Foreign Affairs Mukhtar Tileuberdi to Baku on June 21, reported the press service of the Kazakh Ministry of Foreign Affairs. 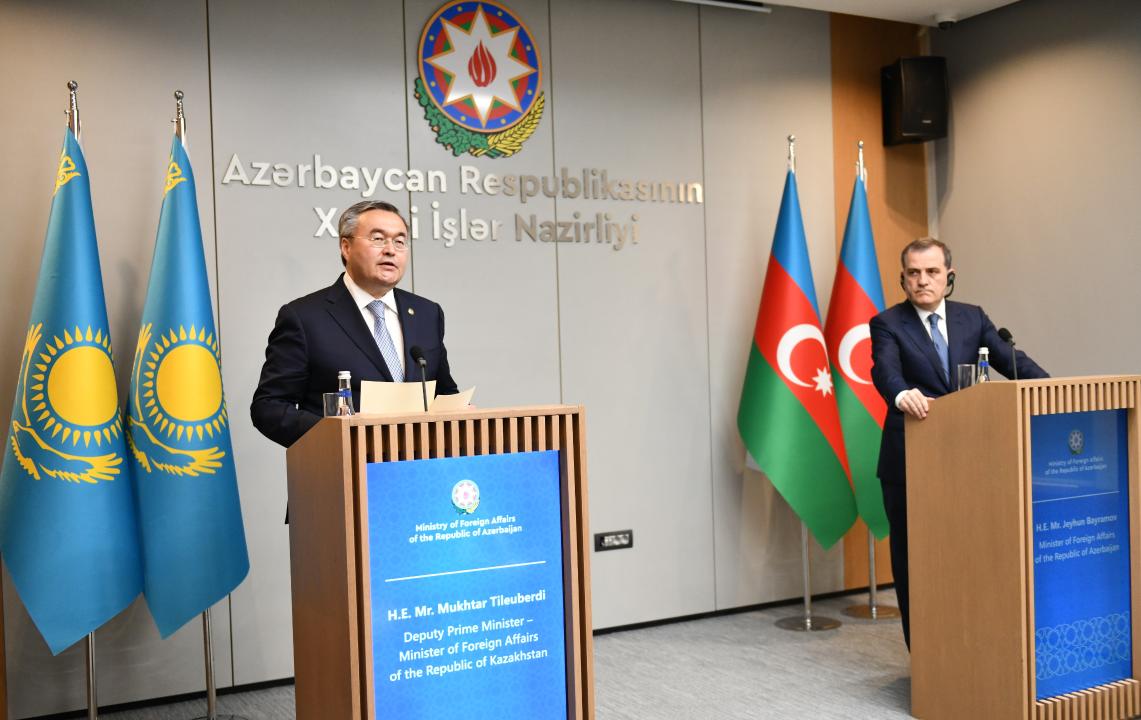 Azerbaijani President highlighted the potential for the further development of bilateral trade ties. “The foundation of our friendship was laid in due time by Nursultan Nazarbayev and Heydar Aliyev. Today, the presidents of the two countries continue on this course,” said Aliyev.

During the visit, Tileuberdi also had a meeting with Azerbaijani Prime Minister Ali Asadov where the parties agreed on further strengthening ties in the spheres of investment, trade and economic, transport, energy and transit spheres.

The implementation of a joint project on a fiber-optic communication line along the bottom of the Caspian Sea is expected to expand the transit potential of the two countries in the telecommunications sector.

Tileuberdi invited Azerbaijani business representatives to participate in the creation of a network of wholesale distribution centers in the Kazakh territory, while Asadov invited Kazakh companies to take an active part in the restoration of Nagorno-Karabakh.

Azerbaijani Minister of Foreign Affairs Jeyhun Bairamov and Tileuberdi had the opportunity to discuss issues of bilateral cooperation between Azerbaijan and Kazakhstan within the framework of regional and international agendas, including issues of the Caspian region and cooperation within the United Nations (UN), the Organization for Security and Co-operation in Europe (OSCE), the Commonwealth of Independent States (CIS), the Conference on Interaction and Confidence Building Measures in Asia (CICA) and Turkic Council.

Tleuberdi also expressed hope that the stabilization of the situation around Nagorno-Karabakh will create new conditions for a more extensive transregional integration of the South Caucasus and Kazakhstan.