Kassym-Jomart Tokayev, the President with a Human Rights Agenda

Kazakh President Kassym-Jomart Tokayev will certainly be remembered in history books as ‘the human rights leader,’ one of the first Eurasian rulers who put the interests and protections of an individual citizen before everything else in the state’s policy. This is still an unusual phenomenon in the “big Eurasia,” where politicians for many centuries have been seeking glory winning wars or pushing to completion grandiose projects. 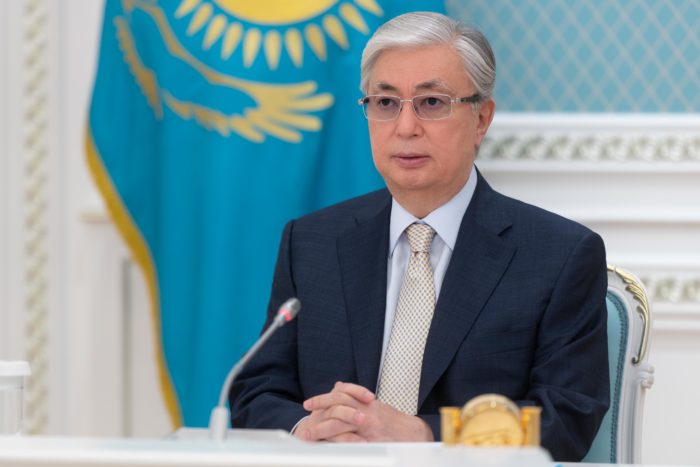 Tokayev went the other way: he continuously issues orders and proposes legislation protecting “a man from the street” or, even more frequently, a working woman, a mother of an average family.

Judge for yourself. The latest measure in this sphere is President Tokayev’s decree “On Further Human Rights Measures in Kazakhstan.” Under a closer inspection it reveals itself to be one more link in the chain of the President’s many steps in the sphere of human rights protection. And if we take a look at the priorities of the decree, we will see that they are based on a firm “foundation” of President Tokayev’s previous orders, statements and legislative proposals.

These priorities are for everyone to see in the text of the decree. The first priority is the protection of the weak ones, the underprivileged ones, the discriminated ones. The second priority is the protection of democratic freedoms: the right to assemble, the right to free speech. In short, the President’s view of human rights can be summarized as the right of every human being to lead a safe and dignified life.

The decree establishes the plan of measures aimed at:

safeguarding the rights of the victims of human trafficking;

protecting the human rights of the disabled people;

enforcing the liquidation of discrimination against women.

A separate clause in the decree is reserved for measures aimed at protecting individuals from the possible abuse at the hands of the state: protection of the rights of citizens facing criminal charges; making impossible any use of torture or cruel mishandling of humans in the hands of justice. Few media reported this, but it was already under Tokayev’s watch that Kazakhstan abolished the death penalty. Russia (where the implementation of the death penalty has been put on hold in 1994) and the U.S. (where executions continue) have not yet done so.

These measures are not a tribute to “global trends” or a move aimed at conforming to political fashion before the next election. In the first lines of his State of the Nation address in 2020 (the Kazakh variant of the American State of the Union annual speech) which Tokayev made in September 20, 2020, the President reported that 4.5 million citizens of Kazakhstan, whose incomes were reduced by the coronavirus epidemic, got financial aid from the state. The total amount was 450 billion tenge (US$1 billion), which in per capita terms is bigger aid than in any country bordering Kazakhstan. Help for the weak ones is very important, but President Tokayev clearly rejects the paternalistic way of sharing the country’s riches. The old system, when the Soviet state bought the seemingly absolute loyalty of its citizens by “guaranteed” minimums of payments and subsidized foodstuffs, it is this system that Tokayev wants to reform.

In his “State of the Nation” speech Tokayev called for “partnership between the private sector, the state and the NGOs” in resolving the problem of human rights’ protection. “Fair distribution of incomes and duties” is combined in his speech with “the leading role of private entrepreneurship.” In his speech, Tokayev said that “it is an axiom” for him that “the state is not the best of managers”  and for that reason the state should delegate more and more of its duties and powers to the more flexible and responsive structures: local self-government, NGOs, charity organizations. “Human rights are best served when there is little bureaucracy,” the President said. “People should not be any more running around collecting the needed data for the state, it is the electronic data that has to run around various offices, making the life easier for humans.”

So, the President is not inventing a bicycle” these solutions, these principles are known in many countries. Most often, they are called “modern values”: protection from discrimination, inviolability of private property, support for civic activism. But it is one thing to promote these values in words, and a very different one – to get them fulfilled. In this sense, President Tokayev is even more of a “doer” than a ‘speaker.” In every one of his statements on human rights he requires the officials to report on the results of previous reforms and to present the road maps for the new ones.

After all, this is “Kazakhstan in New Reality” (the name of the President’s Statement to the People in 2020). In the new reality where protection of human rights is a booster for foreign investment and a matter of pride. Contrary to the Euro-centric prejudice, the words Asia and Freedom are not antonyms!