By Aizada Arystanbek in Kazakhstan’s Independence: 30 Years, Society on 7 June 2021

NUR-SULTAN – The “We Are the Patriots” International Youth Forum dedicated to the 30th anniversary of the Kazakh Independence was hosted in the capital June 4, reported the Akorda press service. 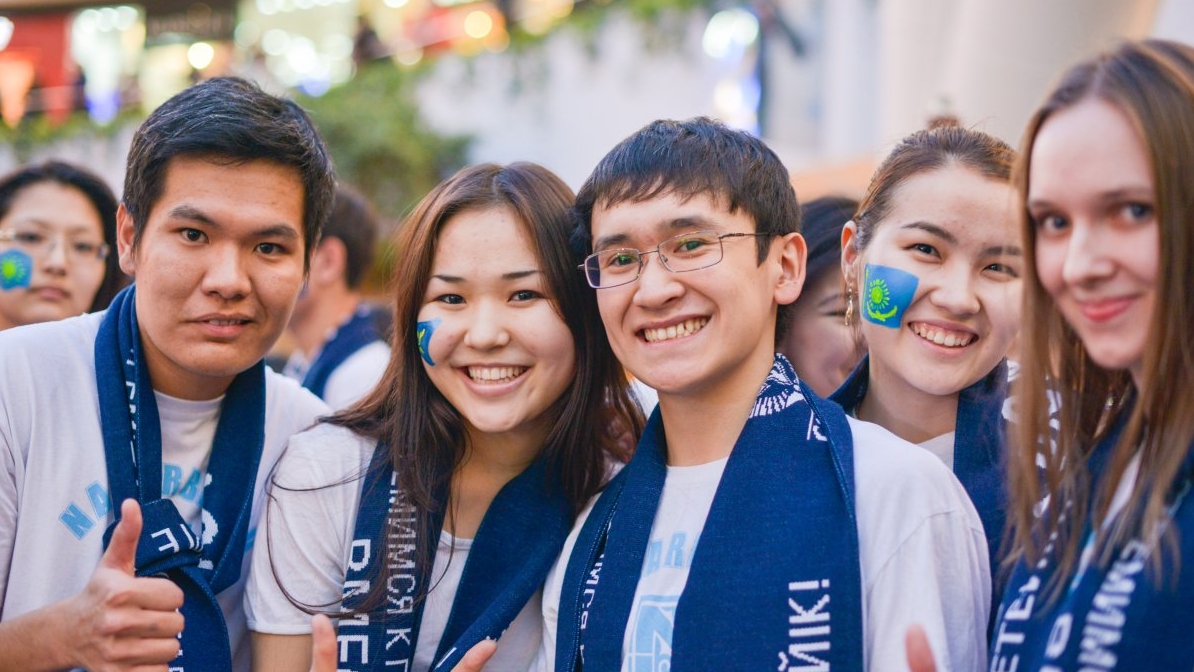 Every third Kazakh citizen is a young person under the age of 35. Photo credit: Turar Kazangapov.

The forum focused on the new generation of competitive young people that has formed in Kazakhstan over the past 30 years and its contribution to the modernization of the country’s economy. The Kazakh Independence generation of educated and patriotic people was hailed as a driver of state development and an example for younger generations.

More than 300 people attended the forum, including representatives of youth organizations from Azerbaijan, Belarus, Kyrgyzstan, Russia, the U.S., Turkey, France, who shared their experiences of youth development in their countries, and Kazakh youth leaders. First Kazakh President Nursultan Nazarbayev addressed the attendees of the forum in a written statement.

“Youth is the driving force of society and is the hope of the nation. Over the years of independence, a whole generation of forward-thinking and educated young people has been raised in our country. As you know, the competitiveness of any nation is measured primarily by the quality of its education. You must be able to quickly adapt to the demands of the present and be able to withstand difficulties. The most important trend now and after the crisis is the quality of human capital. A country with smart, intelligent, educated and qualified youth will always have great opportunities and a bright future,” said Nazarbayev.

Kazakh President Kassym-Jomart Tokayev also highlighted the youth’s role in the technological and spiritual modernization of the country and marked the growth of the political consciousness of young people as a source of an alternative progressive view of economic and socio-political processes in the country.

Special initiatives, campaigns and programs aimed at youth development were discussed at the forum. They include the Bolashak International Scholarship Program initiated by Nazarbayev, the Daryn Youth State Prize, youth employment programs and the introduction of a mandatory 30 percent quota for women and youth under 29 years old on the electoral party lists. This year, Tokayev has also initiated a Tauelsizdik Urpaktary (Heirs of Independence) grant for talented youth.

According to First Deputy Chairman of Nur Otan Party Bauyrzhan Baibek, the party has approved the roadmap for the implementation of the Zhastar – Otanha! (Youth to the Homeland) program until 2025. The program consolidates youth development goals into five main areas related to quality education, employment, support for young families and affordable housing, personal development and leisure.

The Youth Development Index, which is aimed at unifying various approaches to implementing and monitoring youth-related policies, will also be developed and introduced in the country by the end of the year.

One particular youth contribution that has been discussed at the forum is that of young volunteers. While the age range of Kazakh volunteers is from 11 to 75, the average age of a volunteer in the country is 20.4, which makes the volunteering industry a youth-dominant project.

2020 has been named the Year of the Volunteers by the Kazakh government. As of today, about 3,300 volunteer organizations with more than 48,000 participants function in the country. As of May 28, 2021, volunteers managed to launch more than 1,000 projects in the fields of social assistance, environment, culture, medicine, sports and more.

Akim (Mayor) of Nur-Sultan Altay Kulginov shared at the forum that since the start of the coronavirus pandemic more than 600 events were organized together with the capital’s volunteer center and more than 170,000 people received assistance from volunteers. Some 700 more campaigns are planned to be carried out until the end of the year within the “Marathon of Good Deeds” project.