NUR-SULTAN – Peter Burian, European Union (EU) Special Representative for Central Asia, highlighted the progress of regional development in Central Asia and expressed a resolution to expand the potential of economic cooperation during a press briefing on June 8 in the Kazakh capital. 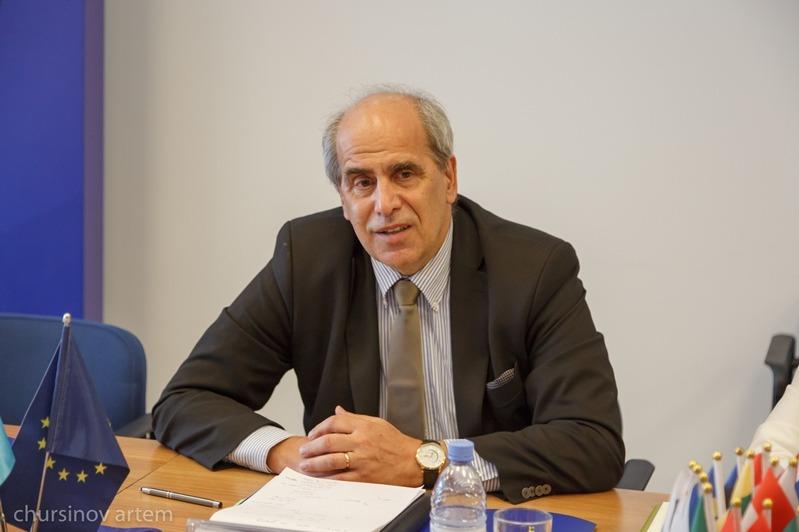 Burian noted a positive dynamic of regional development during the last six years during which Central Asia was able to become a more cohesive region with common goals and viable internal cooperation mechanisms. According to him, the EU is ready to act as a reliable partner in the process of sustainable modernization of Central Asia and carrying out reforms to help the region to diversify its opportunities.

Burian expressed hope of achieving more stability within the Central Asian region in the future, particularly in regards to the situation in Afghanistan, and emphasized the positive reforms in Uzbekistan.

He also noted the important role of Kazakhstan and Uzbekistan as peacemakers in negotiating the situation on the border between Kyrgyzstan and Tajikistan.

Despite the fact that Central Asia is still reeling after the global health and economic crises, Burian shared the resolve from the EU’s side to further develop the cooperation between the regions. The Special Representative also used the opportunity to congratulate the countries of Central Asia on the 30th anniversary of Independence celebrated this year across the region.

“This is a tremendous achievement, especially for those countries that have had to build state institutions from scratch. At the same time, they were able to integrate into the global trading system and other processes at the global and regional levels,” said Burian.

Burian offered his reflections on the political reforms in Kazakhstan initiated by President Kassym-Jomart Tokayev. The Special Representative noted that the partnership between Kazakhstan and the EU is based on common values of supporting the rule of law and civil society and commended Tokayev’s initiative to make the government more attuned to the public needs and inclusive of its civil society. Despite present challenges in developing innovative changes, Burian stated that the EU welcomes the political reforms in Kazakhstan.

Plans for cooperation between the EU and Kazakhstan were discussed within the framework of the Enhanced Partnership and Cooperation Agreement (EPCA), which went into effect in early March 2020. The goal of the EPCA is to make the cooperation between Kazakhstan and the EU as sustainable as possible. Currently, the EU is one of the largest trade partners of Kazakhstan taking up 40 percent of the country’s international trade. Since Kazakh Independence, more than 350 projects in the country have received $219 million in financial aid from the EU.

One of the main avenues for future partnership within the EPCA is the green economy. Taking into consideration Kazakhstan’s great advantage of rich natural resources, the partnership with the EU seeks to implement sustainable technologies for their mining and processing.

However, a bigger goal is the diversification of the economic cooperation between the EU and Kazakhstan away from raw materials in the near future. According to Burian, the green economy includes expanding sun, wind and hydro energy technologies. This is seen as a potential solution to recovering the trade level between the parties that has decreased due to the coronavirus pandemic.

Today, one of the important and innovative fields of the partnership between the EU and Central Asia is the sustainable harvesting of Central Asia’s cultural heritage. The Silk Road Heritage Corridor, a joint project of the United Nations Educational, Scientific and Cultural Organization (UNESCO) and the EU in Central Asia, was specifically mentioned as an unprecedented pilot project aimed at “harvesting the rich cultural heritage of Afghanistan, Central Asia and Iran for sustainable tourism, job creation and social cohesion” without harming the environment of the historical sights.

“The potential of developing tourism and showcasing the historical value of the region for the potential European visitors is vast. It is important not only for tourism but for trade relations as well. The Silk Road Heritage Corridor is also a meaningful project in terms of developing mutual trust and concord between Central Asia and the EU,” said Burian to The Astana Times.

The question of the visa regime and vaccination against COVID-19 were also discussed at the press briefing. Burian said that there are no current plans to change the visa regulations for Kazakh citizens traveling to the Schengen area besides the 2020 codex that allows greater accessibility and a simplified visa process for Kazakh tourists.

Regarding vaccination, the EU will continue to follow the guidelines of the World Health Organization (WHO), including its list of recommended vaccines. As of present, there are no specific regulations regarding how international tourists will travel to the EU in the post-pandemic period