By Aizada Arystanbek in International, Kazakhstan’s Independence: 30 Years on 5 June 2021

NUR-SULTAN – The first ECOJER International climate congress titled “Shape a Sustainable Future” was held in the Kazakh capital on June 3-4, reported the Kazakh Ministry of Ecology, Geology and Natural Resources. 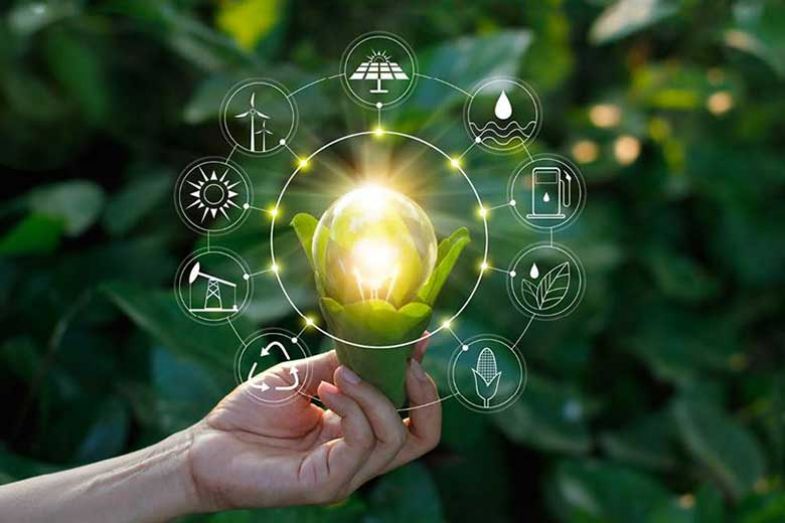 The event took place on the eve of World Environment Day and was a part of the celebration of the 30th anniversary of Kazakh Independence. The name of the congress translates as “eco-land” from Kazakh.

The congress featured sessions, where climate cooperation between Kazakhstan and the European Union, the realities and prospects of industries going green, as well as issues of a circular economy and smart cities, were discussed.

President Kassym-Jomart Tokayev addressed the attendees of the congress in a video message. He said that while Kazakhstan does have rich natural resources as its strong asset, the country faces a larger task of extracting raw materials via more eco-friendly technologies according to the principles of a zero-waste economy.

“The concept of sustainable development provides for the harmonious interaction of the ecology-economy-society triad. Kazakhstan cannot postpone the solution of environmental problems. I welcome the creation of a new dialogue platform that brings together the efforts of the public, business and government to solve environmental problems and improve the environmental culture of the public. I hope that holding meetings of the congress on the eve of World Environment Day will become a good tradition,” said Tokayev.

The President noted that the pandemic has brought forth the importance of sustainable environmental development and its direct role in the economic growth of the country. According to experts, poor air quality slows down economic development and leads to a 1.5-2 percent annual loss of Kazakh GDP.

The mutually beneficial relationship between economy and sustainable development was also highlighted by Chairman of the Council of the ECOJER Association and Deputy of the Majilis (a lower house of the Kazakh Parliament) Lazzat Ramazanova.

“A further increase in global air temperature can lead to irreversible processes in the environment. That is why the government is initiating systemic measures to decarbonize the economy and make the industry greener. The process will not be complete without political will and constant dialogue between the state, business and the public. This is our goal,” explained Ramazanova.

As one of the first steps toward change, the government has already created a working group to prepare the concept of Kazakhstan’s low-carbon development through 2050. According to experts’ estimates, reducing greenhouse gases by at least 70 percent until 2050 would require $350 billion in investments and the renewable energy industry would need $163 billion worth of investments.

Kazakh Minister of Ecology, Geology, and Natural Resources Magzum Mirzagaliyev announced that sustainable development will begin with a full assessment of the most vulnerable sectors, such as water, agriculture, forestry and civil protection. This will allow national and local governments to make policy decisions by taking into account climate risks and adopting necessary measures against climate change.

The intersectional approach dominated the congress with such discussions as of the importance of women’s participation in environmental change. Environmental activists also got the chance to contribute to the conversation regarding the construction of incinerators in Kazakhstan.

EU Commissioner for Agriculture Janusz Wojciechowski also made an argument that solutions to climate problems cannot be separated from reforms in the agro-industrial complex. According to Wojciechowski, sustainable agriculture provides a viable chance for small and medium-sized farms to increase their added value and makes a significant contribution to meeting climate commitments.

The significance of international cooperation in solving the global climate crisis was emphasized by EU Commissioner for Environment, Oceans and Fisheries Virginijus Sinkevičius. “I firmly believe that today’s conference will help deepen cooperation between the EU and Kazakhstan on the most important climate and environmental issues that we all share,” said Sinkevičius.

ECOJER concluded with an adoption of a resolution that reflects the proposals and recommendations of the participants aimed to aid Kazakhstan in meeting its commitments under the Paris Agreement.